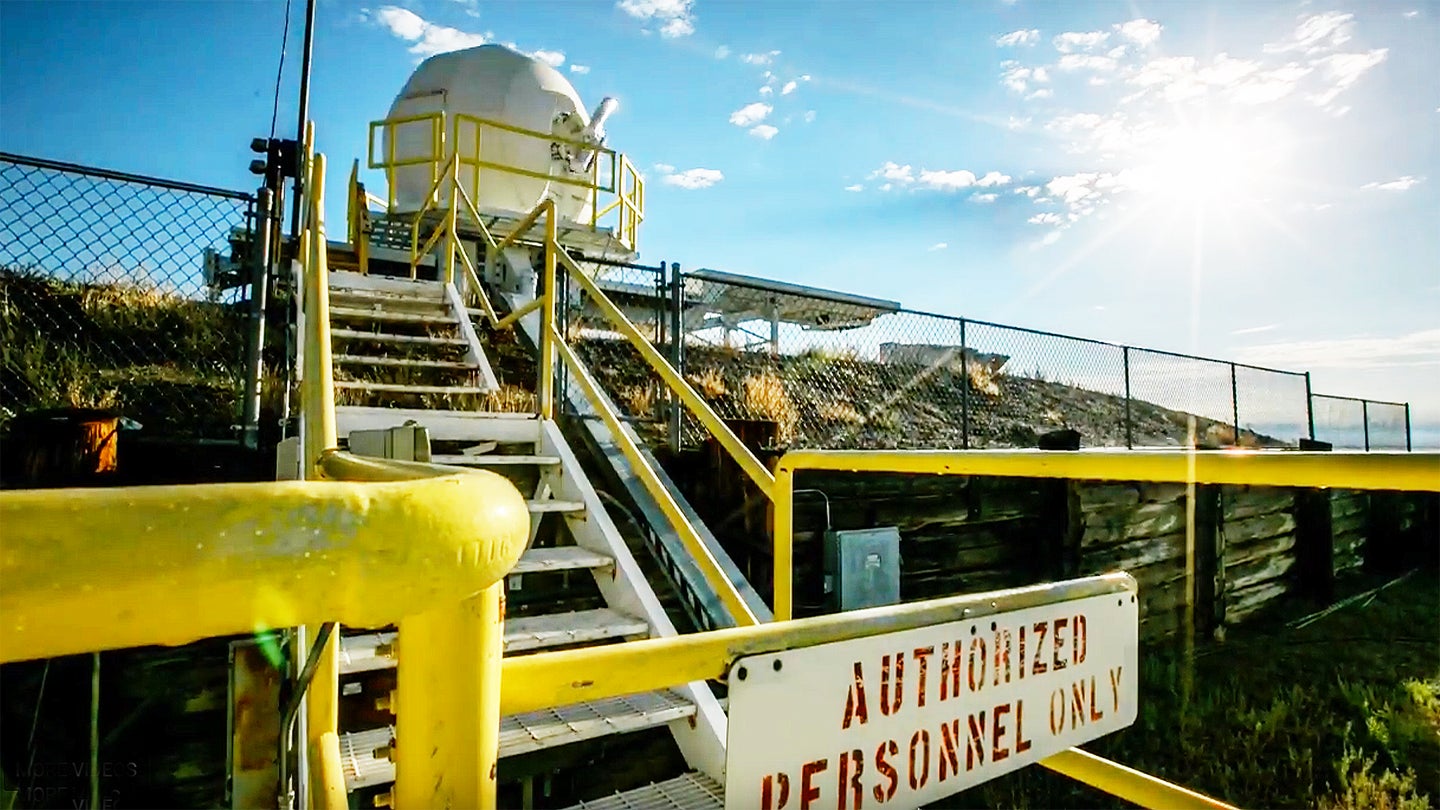 Located in the northern reaches of the Nevada Test and Training Range (NTTR), which consists of the Nellis Range Complex, the Department of Energy's legendary nuclear test site, Area 51, and other secluded areas, is Tonopah Test Range (TTR).

The land mass, which covers hundreds of square miles, has been used extensively for testing military technologies, especially those related to aerial nuclear weapons delivery, dating back to the 1960s. But it's probably best known for nearby Tonopah Test Range Airport, where the F-117 Nighthawk lived in total secrecy during the first decade of its operational service, and the airstrip was also home to foreign MiGs being flown under the highly classified Constant Peg program. Just like its associated air base, the nearby range, which is ran by Sandia Labs, continues to be an active place and has recently received a number of state of the art upgrades which are already being used to support America's nuclear arsenal modernization initiative as well as other programs.

On November 15th, 2017 Sandia Labs released a video that gives rare insight into the range and its capabilities. The video offers up a basic idea of what the range is used for, although other customers also use it and the airspace over it, including major defense contractors, the USAF, and especially Special Operations Command and their fleet of clandestine surveillance and support aircraft.

The description of TTR on Sandia Labs website reads:

Tonopah Test Range (TTR) is the testing range of choice for all national security missions. Sandia conducts operations at TTR in support of the Department of Energy/National Nuclear Security Administration's weapons programs. Principal DOE activities at TTR include stockpile reliability testing; arming, fusing, and firing systems testing; and the testing of nuclear weapon delivery systems. The range also offers a unique test environment for use by other U.S. government agencies and their contractors.

Located about 160 miles northwest of Las Vegas, TTR is an immense area of flat terrain ideal for rockets and low-altitude, high-speed aircraft operations. Situated between two mountain ranges, TTR's remote location and restricted airspace ensure that tests can be conducted with a high degree of safety and security.

One of the primary facilities at TTR is a large airfield, consisting of a 12,000-foot (3,700-m) runway and numerous hangars. TTR offers a wide array of signal-tracking equipment, including video, high-speed cameras, and radar-tracking devices. This equipment is used to characterize ballistics, aerodynamics, and parachute performance for artillery shells, bomb drops, missiles, and rockets.

In recent years, specific test activities at TTR have included the following:

What's most interesting is that even though technology has definitely changed over the last years, Tonopah Test Range's mission really hasn't. Check out the recently produced video in comparison to one produced over 50 years ago:

With the B61 tactical nuclear bomb (which is heavily featured in the video) being updated, a new stealth bomber with nuclear capability on the way, and a nuclear-tipped long-range air launched cruise missile in the works, not to mention a new ICBM, strategic arsenal related testing at TTR is set to balloon in the coming years. This doesn't even include conventional weapons and capabilities testing and training. Not to mention what is going on out at Tonopah Test Range Airport beyond the storing of F-117s and supporting known (albeit very shy) test platforms and range assets. Considering the base continues to receive multiple "Janet" flights a day, speculation as to what is going on there in the classified realm is a whole other story entirely.