President Donald Trump has revealed a new, overarching American policy strategy toward Iran, which includes refusing to certify the controversial deal over the country’s nuclear program and new sanctions that formally label an entire portion of the Iranian government, the Islamic Revolutionary Guard Corps, a terrorist organization. The announcement has already prompted criticism from the Trump Administration’s domestic opponents, foreign allies, and unsurprisingly the government in Tehran and its international partners, and will undoubtedly have massive ramifications in the months to come.

Trump announced the major policy shift in a speech at the White House on Oct. 13, 2017. The plan is an apparent culmination of a much repeated campaign promise to hold Iran accountable and get rid of the Iran Deal, formally known as the Joint Comprehensive Plan of Action, or JCPOA. Trump has repeated slammed the agreement, most recently characterizing it as “one of the most incompetently drawn deals I've ever seen” in an interview with Fox News’ Shawn Hannity.

“We hope that these new measures directed at the Iranian dictatorship will compel the government to reevaluate its pursuit of terror at the expense of its people,” Trump said in his speech. “We hope that our actions today will help bring about a future of peace, stability, and prosperity in the Middle East – a future where sovereign nations respect each other and their own citizens.”

Limited by what it is legally able to do without going through Congress, the Trump Administration only made two main policy decisions immediately. Each one is significant, though, so here's a quick overview.

On the Iran Deal:

Sanctions on the Islamic Revolutionary Guard Corps and other Iranian entities:

Beyond these immediate actions, Trump reaffirmed previous policy positions, including the need to constrain Iran and prevent it from gaining more influence in the Middle East and beyond, neutralizing proxies, and work with regional and global allies toward a comprehensive approach to achieving these goals. Similar pronouncements had been a key part of Trump's major policy speech during his first overseas trip as president, to the Kingdom of Saudi Arabia, in May 2017.

Iran makes no secret about providing support to Hamas, Hezbollah, Yemeni Houthi rebels, Shia Muslim militias in Iraq and Syria, and other entities that are overtly hostile to U.S. interests and have sought to attack the United States and its interests at home and abroad. Iranian officials do routinely threaten to destroy Israel in no uncertain terms and its ballistic missiles are as clear an indication as any that they intend to make these pronouncements credible.  The government regularly imprisons journalists and other political dissidents and jails foreigners effectively as a means of extracting concessions from its domestic and overseas opponents. It is definitely fair to question why the JCPOA fails to take any of these issues into account and that it does not has been a long-standing point of criticism of the agreement.

Also particularly noteworthy, an official White House fact sheet on Trump’s announcement said that the “United States policy has also consistently prioritized the immediate threat of Sunni extremist organizations over the longer-term threat of Iranian-backed militancy.” The president himself did not actually mention the word “Sunni” in his remarks.

Below is a video of President Trump's complete speech on his administration's new Iran strategy.

Though an obvious reference to the U.S. government’s focus on Sunni Islamist organizations such as Al Qaeda and ISIS, this could easily be aimed at generating support from other American allies, chiefly Saudi Arabia, as well. Experts have long accused the Saudis of supporting Sunni terrorist groups, including those who seek to attack the United States and Israel, as a means of advancing its own policy agenda. Iran routinely counters criticism of its own activities by pointing at support from the government in Riyadh to these groups in countries such as Syria.

International reaction to the new United States policy push was swift and largely negative, even from traditional American allies. The governments of the United Kingdom, France, and Germany, all of whom were part of the JCPOA negotiations, issued a joint statement saying that they were “concerned” by Trump’s stance.

“Preserving the JCPOA is in our shared national security interest,” the statement read. “We encourage the U.S. Administration and Congress to consider the implications to the security of the U.S. and its allies before taking any steps that might undermine the JCPOA, such as re-imposing sanctions on Iran lifted under the agreement.”

Russia said it “took with regret” the announcement, but hoped the U.S. government would not take additional steps to undermine the agreement. China, the final member of the P5+1 bloc that negotiated the Iran Deal, had earlier come out against any changes to the JCPOA. This effectively lumps some of America’s most prominent allies together with its two principle global rivals in opposition to the new policies. The European triumvirate did say they hoped to work separately with the United States on limiting Iran’s missile programs and the influence of the IRGC, which they agreed was a shared security concern.

It’s hard to say exactly how significant the policy shift will be, but it’s hard to imagine it will not lead to American allies and opponents reassessing their own positions and other agreements. Iran has already reacted angrily to the news, with some Iranian politicians saying their country should pull out of the deal if the United States does. For his part, Iran's President Hassan Rouhani pledged to continue abiding by the agreement as Iran understands it.

Short of pulling out of the Iran Deal, the Trump administration could seek to apply even more new sanctions or threaten some form of military action, offering to negotiate only if Iranian authorities conclusively halt their ballistic missile programs and end support for terrorists and militants abroad. Instead of touching the nuclear deal at all, the U.S. government could also try and separate certain issues, such as missile development or international terrorism, by applying specific sanctions regimes based on Iran's actions surrounding those issues. This would leave the nuclear deal untouched, but would still put new pressure on Iran to curtail its aggressive actions abroad and its missile programs at home.

In the meantime, though, Trump’s announcements will serve to reinforce the rhetoric of the most hard line factions in Iran’s government, who see the United States as perpetually negotiating in bad faith. It definitely fuels the regime’s propaganda that it is actually the U.S. government that is being unreasonable and irrational and is a real threat to stability in the Middle East.

On top of that, the decision to designate the IRGC as a terrorist group could easily open American personnel up to similar designations from hostile powers, who could then claim legal justification for detaining them abroad, or worse. Syria’s Assad has already criticized the presence of U.S. forces on his territory as illegal.

Beyond Iran, there could be a direct impact on the U.S. government’s attempts to pressure North Korea to abandon its own provocative nuclear and ballistic missile programs. North Korean Premier Kim Jong-un could already see what had happened to Iraq and Libya, who abandoned these projects under U.S.-championed international agreements. Trump backing out of the Iran deal would only reaffirm the view that giving up these weapons is a prelude to violent regime change.

If the Iran Deal were to collapse, it would remove the only present impediment, no matter how weak, to Iran resuming an active and open nuclear weapons program. This in turn could easily prompt calls, in America and Israel in particular, for preemptive military action to neutralize this threat. There has been a not insignificant amount of public support from policy makers and politicians for strikes against Iranian nuclear and military sites in the past.

We at The War Zone has already explored the heavily intertwined nature of present Middle Eastern geopolitics in detail and any attack on Iranian soil could easily turn into a regional conflagration, if not touch off even broader conflicts or political disputes. The Saudis already appear to be preparing for this with the purchase of a massive ballistic missile shield that will almost certainly be pointed at Iran. The immediate sanctions against the IRGC could lead Iran to authorize more direct covert activities or otherwise increase support to groups looking to attack Americans.

Earlier in October 2017 there was an ominous report that an explosively formed penetrator, a type of weapon that came to be a hallmark of Iranian-backed militants in Iraq during the 2000s, had claimed the life of another American service member in Iraq. This is exactly the sort of indirect action Iran could take in retaliation to the Trump Administration's new policies or attempts to change or end the Iran Deal.

Perhaps the most worrisome immediate impact of Trump's policy announcement, which plainly says that "the Trump Administration will not repeat these mistakes [that the Obama Administration made]," is that it could easily force the administration into a rhetorical trap where it has to act or otherwise look like its backing down. The U.S. government now faces a daunting task of implementing the new plan, while also reassuring allies, not giving political ammunition to Iran and its partners, and still fulfilling its objectives. 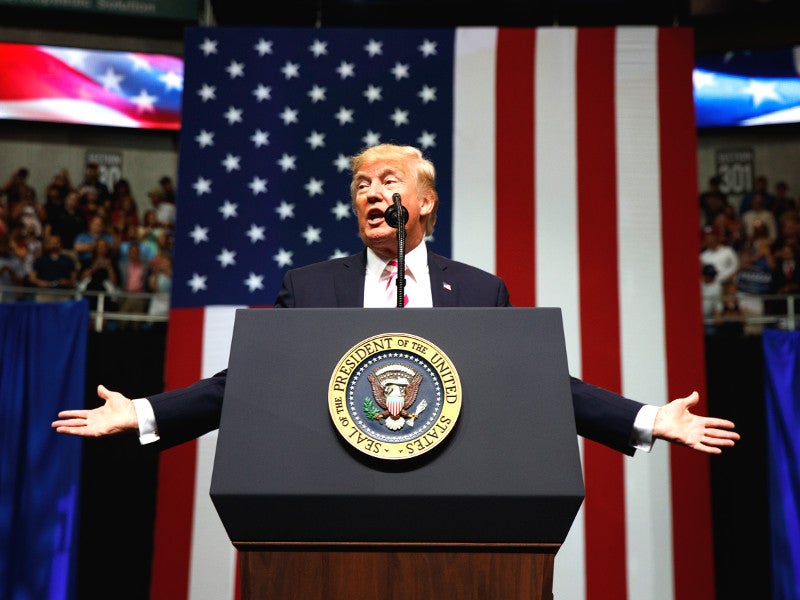 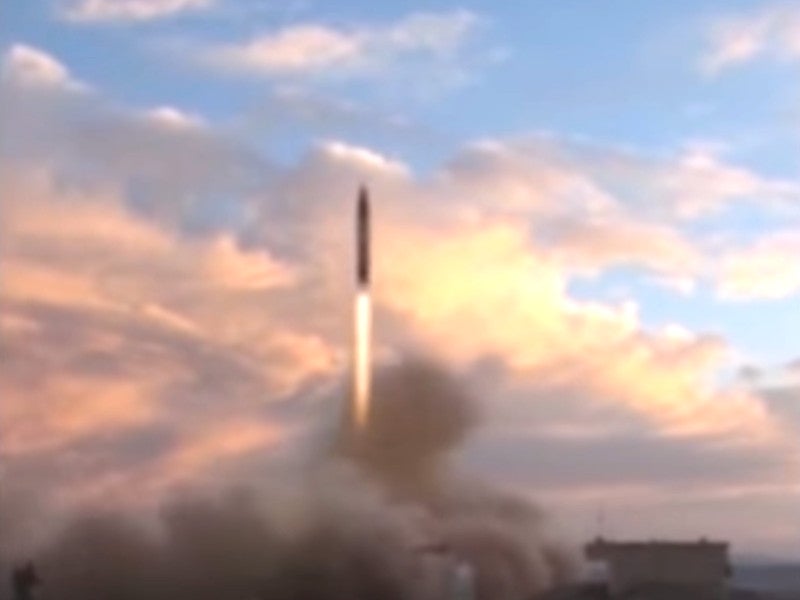 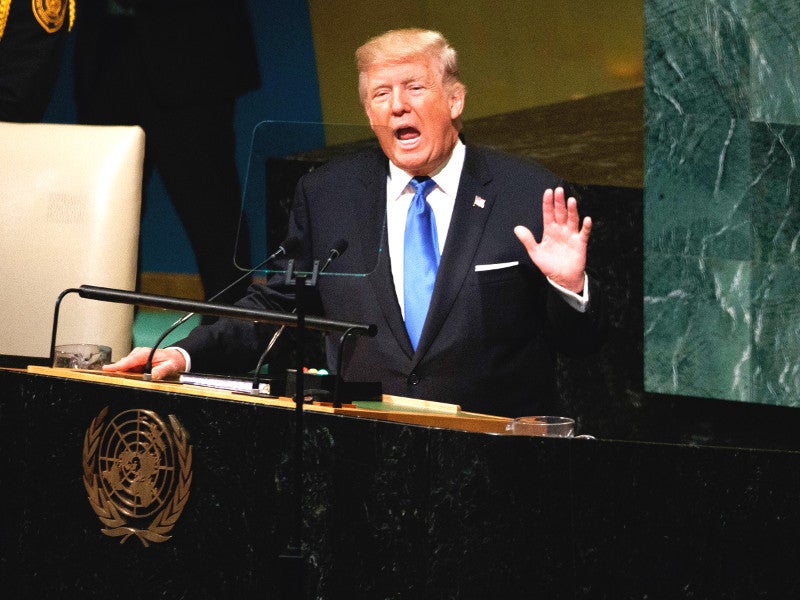 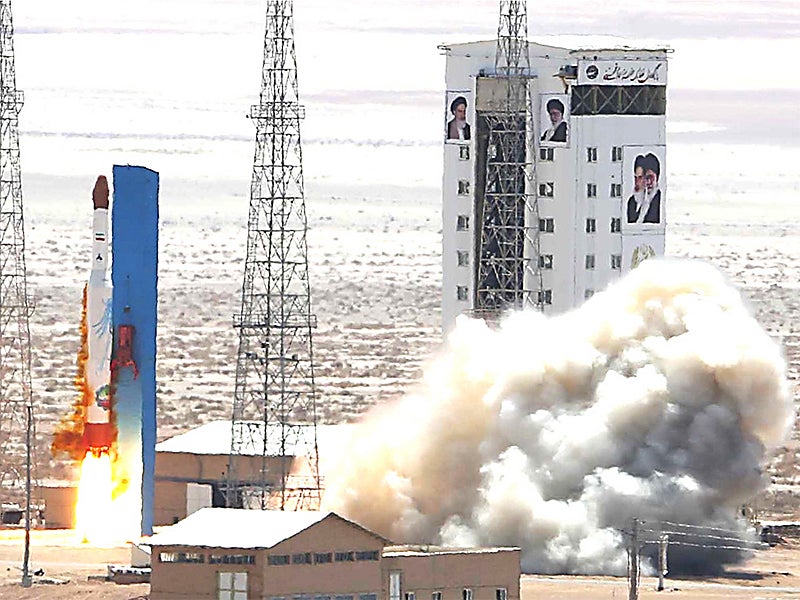