The so-called “independent post-boost vehicles” could be both more precise and difficult to shoot down.

Russia says it has successfully tested a new version of its RS-24 Yars nuclear-armed intercontinental ballistic missile (ICBM) with an “experimental warhead” design. The three-warhead configuration could make the weapon more accurate, as well as harder for an opponent to track and intercept.

The Russian Strategic Missile Force conducted the test launch from the Plesetsk Cosmodrome in the northwestern Arkhangelsk Oblast, flying approximately 3,500 miles before impacting the Kura Missile Test Range in Kamchatka Krai on the other side of the country. It was unclear whether or not this was the first test of the new warhead arrangement on the RS-24, which first entered service in December 2010.

“The main purpose of the launch was to reaffirm the reliability of a batch of the same class missiles,” the Russian Defense Ministry said in a statement, according to state-run media outlet TASS. “The experimental warheads reached the designated area at the Kura proving ground in the Kamchatka Peninsula. The targets were met and tasks accomplished in full.”

That the RS-24, also known as the Topol-MR, carried multiple warheads was already well established. From all accounts, the initial version was simply a modification of the original RS-12M Topol-M to allow it to carry multiple independently targetable reentry vehicles, or MIRVs, each able to strike a separate target. The United States has argued that the new designation is simply an attempt to circumvent existing Strategic Arms Reduction Treaty (START) limitations on the total number of warheads U.S. and Russian forces can have available on ICBMs.

Though Russian media has reported that each Topol-MR carried as many as 10 individual nuclear weapons, experts believed the actual number is far lower. Each one reportedly has a yield of between 150 and 250 kilotons.

In a typical MIRV arrangement, the missile holds all of the warheads in a single stage that detaches from the rest of the weapon after launch. This unit can independently maneuver once it leaves the earth’s atmosphere, releasing each warhead over an individual target. You can see the basic sequence in the video below.

According to a report by The Diplomat, the newly modified RS-24s have what are known as independent post-boost vehicles, or IPBVs. Instead of a single stage with all the warheads, this configuration essentially consists of multiple vehicles that break off after launch and then speed toward their final destination.

The difference between when and how the missile releases its warheads may seem academic. However, the new Yars’ design could have a major impact on its ability to strike independent targets and break through and future missile defenses.

Though a MIRV-capable missile can release a number of individual nuclear weapons, they’re all attached to a single main unit that is flying on a relatively linear course. As such, the warheads can only hit targets in relatively close proximity to that path, which one can see in the still impressive photographs of these vehicles re-entering the atmosphere during tests.

With an IPBV setup, it is possible that the warheads will be able to chart a course that is much more independent of the main missile’s trajectory, allowing a single ICBM to attack across a far wider area. It could also make for more precise targeting, since the vehicles would not be restricted to the same degree to a single flight path.

On top of that, the new warheads could then be harder for and opponent to monitor in flight or to knock out with a ballistic missile defense system, especially since the warheads would remain clustered together as a single object for a much shorter period of time. At present, the United States, for instance, relies heavily on its Space-Based Infrared System (SBIRS) satellites to detect the heat of missile launches and then track their flight even when they "go cold." For mid-course monitoring, various radars, other sensors, and communications nodes contribute to the overall picture and make sure the information gets where it needs to go. A projectile that more rapidly turns into multiple projectiles each heading on significant different courses could possibly overwhelm the capabilities of this network.

This would present a challenge for any attempt to intercept the warheads during this mid-course flight, as well. The ability for the post-boost vehicles to fly on significant different trajectories might allow them to dodge past the U.S. military’s existing Ground-based Mid-course Defense and SM-3 Block IIA interceptors’ engagement envelopes. In May 2016, a Russian television special on the Yars already claimed that its warheads had advanced maneuvering capability to defeat interceptors

Though the United States say its ballistic missile defense projects aren’t aimed at limiting the credibility of Russia’s or China’s nuclear deterrents, both countries publicly express concerns that this will be the end result all the same. It seems almost certain that the new version of the RS-24 is in direct response to the Kremlin’s concerns.

It seems likely that the Russians could combine the IPBV concept with additional decoys and countermeasures, as well. In addition, earlier in 2017, the U.S. Air Force’s National Air and Space Intelligence Center highlighted that “Russian officials claim a new class of hypersonic vehicle, probably called ‘object 4202,’ is being developed to allow Russian strategic missiles to penetrate missile defense systems,” in its latest public review of global ballistic and cruise missile developments.

We at The War Zone have already written in depth about how hypersonic projectiles could easily add an entirely new dimension to warfare in general and be a serious challenge to existing ballistic missile defense systems. In June 2017, I wrote:

A hypersonic weapon, able to carry a nuclear or a conventional warhead could upend this calculus entirely. The most common design involves a booster of some sort, often a rocket motor, which gets the craft going fast enough for an air-breathing high-speed jet engine to take over. Once at its cruising speed, these powerplants becomes highly efficient.

The RS-24’s new warhead may only be one part of an expanding strategic missile arsenal that also includes other ICBMs with a hypersonic payload. With this in mind, it’s worth noting, following the RS-24 test in September 2017, there was a separate launch of an older Topol-M with an unspecified “advanced combat payload” later that month, according to the Russian Ministry of Defense.

These new warhead designs have the distinct potential to reignite the existing disputes between the United States and Russia about whether the Kremlin is abiding by its START and New START treaty obligations with the RS-24 design to begin with. Starting with the Russian's position, however dubious, that Yars is an all new design, reconfiguring the missile's warheads, but not changing the overall number, would not necessarily amount to a new violation of the agreements.

Still, Russia continues to see focusing on warhead designs to defeat missile defenses and otherwise expand capabilities as a cheaper avenue than designing all new missiles. This is an always important consideration for the Russians, who have seen their economy contract since 2014, in no small part due to the collapse of the global price of oil. This has forced them to significantly scale back or otherwise put on hold a number of advanced military modernization projects.

It’s very possible that if the Russians have success with the IPBV concept, showing that it offers a cost-effective way to challenge opposing missile defenses and increase the overall flexibility of a country’s strategic missile forces, that we could see other countries move to adopt similar systems. The United States is similarly in the process of developing an all-new ground-launched ICBM as part of the Ground Based Strategic Deterrent (GBSD) program.

“I think some of the technologies and processes we saw, during the Peacekeeper program, we will see again,” U.S. Air Force Major General Anthony Cotton, in charge of the U.S. military’s ICBM forces, said during a visit to Minot Air Force Base in North Dakota on Sept. 29, 2017, referring to the now retired LGM-118A missile, which had a MIRV warhead configuration. “But, I think the next game changer is one I haven’t seen yet – and that is GBSD.”

Of course, it’s almost guaranteed that the United States and the Russians are closely watching each other’s ICBM developments. If the Kremlin has any success with this new IPBV arrangement, this might impact the U.S. Air Force’s own thinking. 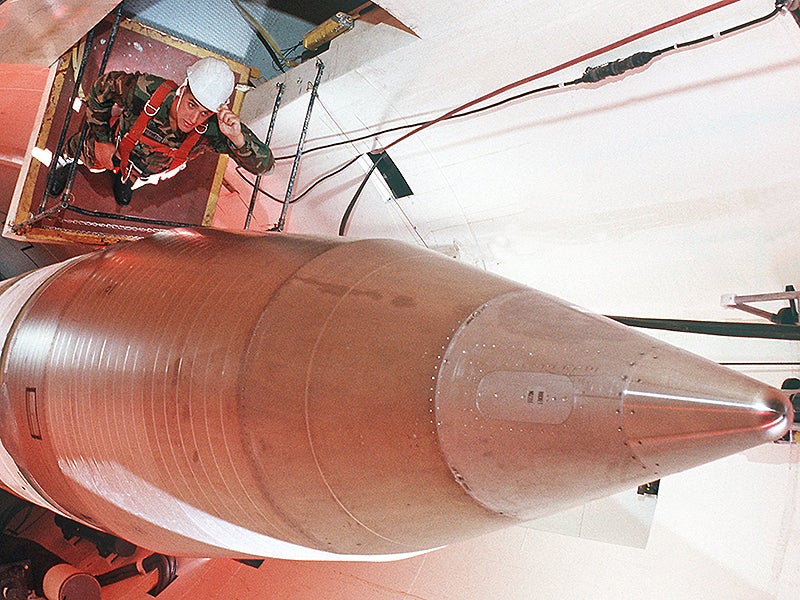 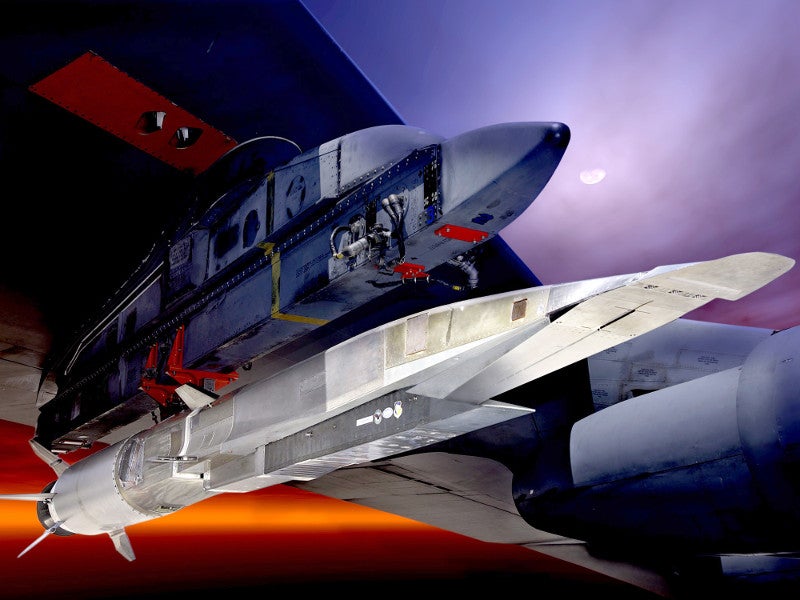 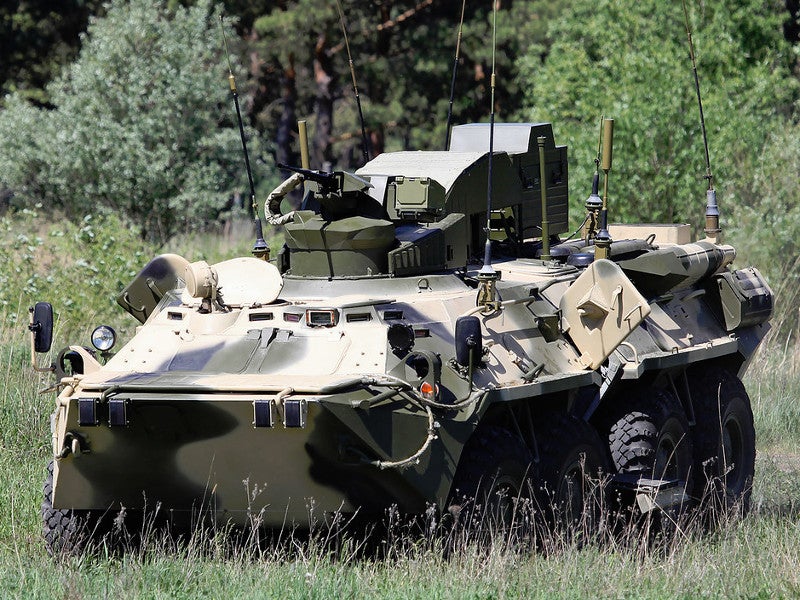