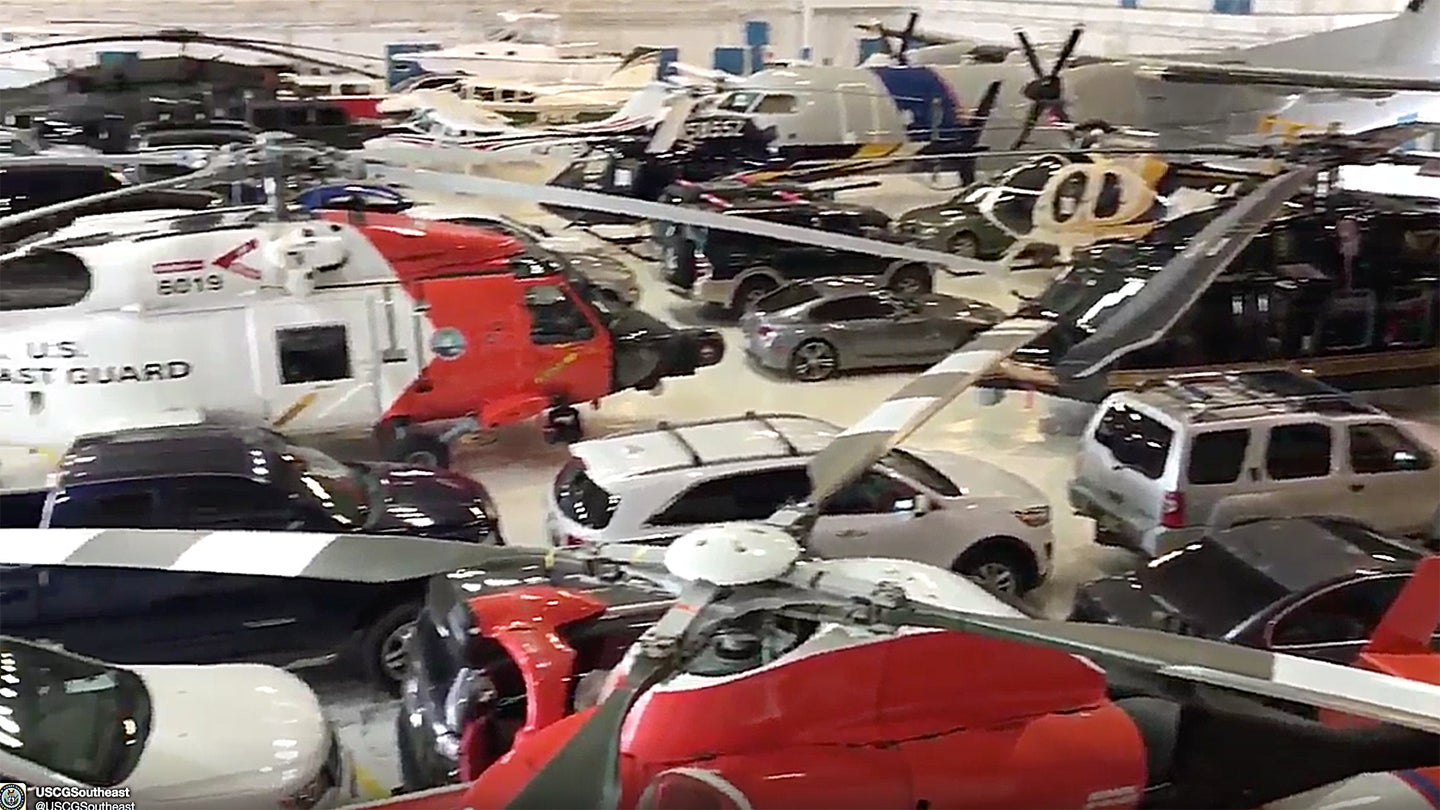 What is being deemed as the most powerful Atlantic hurricane on record, Irma is wreaking havoc on the Caribbean, and to everyone's dismay it looks as if it has Florida squarely in its sights next.

One of the most beloved and famous airports in the world, Princess Juliana International on St. Maarten, has been badly damaged by the hurricane. Images of the devastation are just trickling in and they aren't pretty to say the least.

Winds reached 185mph at the airport sending objects flying into critical infrastructure. Supposedly sand has covered portions of the runway and flooding is prevalent due to the torrential rains brought by the storm.

Little Maho Beach, where all the amazing pictures of planes taking off and landing are taken, is said to have been largely destroyed.

Most of the aircraft that could fly have tried to escape the incoming storm, but the U.S. Coast Guard and Customs and Border Patrol in Puerto Rico have sheltered in place. Check out the super packed hangar at Coast Guard Air Station Borinquen. Good luck to these guys and gals and their gear which will be crucial when it comes to saving lives after the storm has done its damage.

Just to give you an idea of how bad the damage on Puerto Rico is expected to be, the utility company is saying that residents shouldn't expect power for up to half a year.

Meanwhile, at Guantanamo in Cuba, sailors and troops stationed there have been ordered to shelter in place. Non essential personnel could evacuate at their own cost. Those housed in temporary trailer-like units have been relocated to the base gym. The detention center located there is especially vulnerable to storms, and supposedly the few dozen prisoners still incarcerated there have been moved to a more secure location. If the base's detention center is badly damaged during the storm it isn't clear where the prisoners would go for long term holding as they cannot step foot on American soil.

At this time it looks like Irma will pass on the northern side of Cuba, which could spare Guantanamo from its most powerful winds and storm surges. But this track is not good news for Florida's coasts.

The models are beginning to narrow now and it looks unlikely that Florida will be spared from the brunt of the storm. Making landfall around Florida's Southern tip after passing over the Florida Keys, Irma's eye could track along Florida's east coast, putting Miami right in its crosshairs, with the Space Coast, Mayport, and Jacksonville, along with many other towns, also being put in great danger. If the storm takes a hard turn to the north a bit later, it could devastate Key West and go on to impact Naples, Tampa, and the Florida Panhandle. Either way, multiple key military installations could be drastically impacted by the storm.

Florida declared an emergency a couple days ago and the Navy is evacuating all non essential personnel from NAS Key West to Atlanta, Georgia. The base's F-5 aggressors belonging to VFC-111 are also fleeing from the storm. 15 of the squadron's 17 jets could fly, and one of the base's two SAR helicopters could also escape. Similar evacuations are likely to occur for air and naval bases on Florida's mainland in the coming hours.

On the east coast, Homestead AFB, Patrick AFB, Naval Base Mayport, NAS Jacksonville, and Jacksonville Air National Guard Base are just some of the installations that could be impacted. On the west coast, MacDill AFB, Hurlburt Field, Eglin AFB, Tyndall AFB, and NAS Pensacola could all be affected to varying degrees. The Coast Guard also has extensive facilities and assets in the state.

Some of these bases have large inventories of aircraft and if they were to require evacuation the sudden migration to safe havens to the north would be large in scale to say the least.

The Navy is also putting the two amphibious assault ships, USS Kearsarge and the USS Oak Hill, which it deployed from Norfolk, Virginia to the Texas Gulf Coast following Hurricane Harvey, on alert for redeployment to Florida's coast if FEMA requests their assistance.

With the hurricane expected to hit Florida this weekend, Space-X and the USAF are going to try to get the X-37B's fifth mission underway before the storm hits the Space Coast. Two launch windows of roughly six hours open mid day on Thursday and Friday but weather could keep the launch from occurring. On Thursday there is a 50% chance of good weather, while on Friday there is only a 40% chance.

If the space plane can't get into orbit by then it will have to ride out the storm at Cape Canaveral. This is the first time Space-X has attempted to launch an X-37B.

Helping to better predict where this storm will end up making landfall are the flying Hurricane Hunters, specifically those of NOAA who use their WP-3D Orions to punch through the storm and their Gulfstream IV to fly over it. The USAF's WC-130J is also active in Irma. Some awesome video of just what the most powerful Atlantic hurricane on record looks like from the inside have been posted by NOAA's crews and they are pretty dramatic.

Finally, we have this brave or crazy Delta 737 crew that flew into the leading bands of the hurricane to land in San Juan, Puerto Rico.

It isn't clear exactly how or why this flight went where others wouldn't at this time, but it made it down safely and got back in the air less than an hour later, weaving through the outer bands of the storm on its way north!

We will keep you updated as the storm approaches Florida and as evacuation plans expand.