The explosion came just hours after Kim Jong Un posed with what was supposedly a thermonuclear bomb. 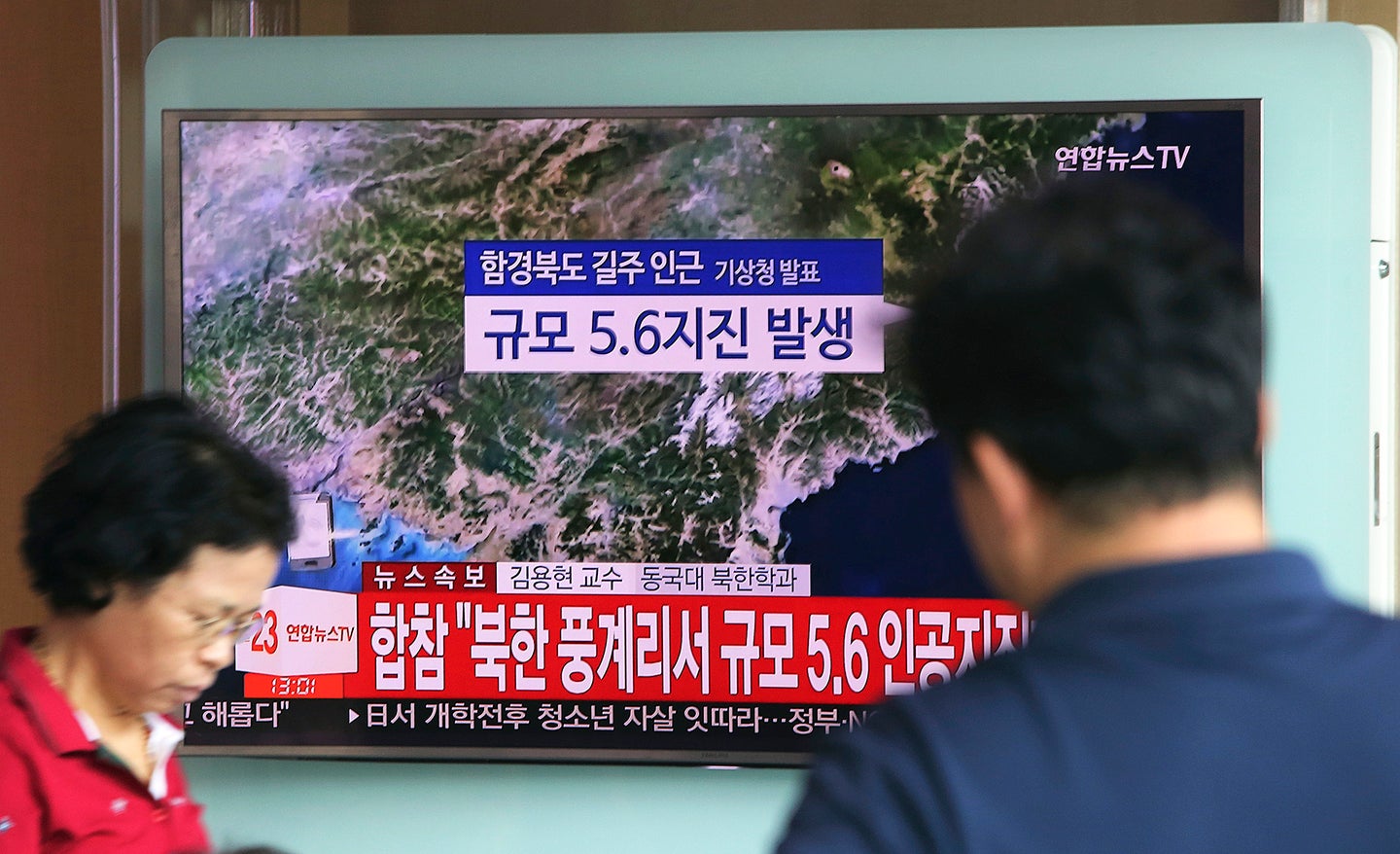 Just hours after posting pictures of Kim Jong Un examining what appears to be a miniaturized thermonuclear warhead, North Korea executed their sixth underground nuclear test. The detonation was detected via seismic sensors around the region, including those in South Korea and in China. The last time North Korea detonated a nuclear device was just shy of a year ago, on September 9th, 2016.

South Korea and the US Geological Survey first said the quake was detected at 12:20pm local time at very shallow depths and had a magnitude of 5.6. This number has since been revised to 5.7. It is likely that it will be revised again as more data is collected. At first it was reported that a second explosion was detected shortly after the first, but this report has since been rebuked by the South Korean government. The epicenter is thought to have been at North Korea's Punggye-ri nuclear test site.

This latest detonation is substantially more powerful than past tests. A 5.3 magnitude quake was detected from the 2016 test. It was determined the yield of that weapon was more powerful than the bomb dropped on Hiroshima during WWII.

North Korea has said it will be putting out a statement on the event very soon.

Update 11:30pm PST: First estimates from South Korea's military postulate that this test was of a weapon with roughly a 100kt yield, roughly five times that of the bomb dropped on Nagasaki. Take this with a grain of salt as these estimates can change dramatically as more data becomes available.

Here is NK state TV broadcasting the announcement live on Youtube. It is pretty much the nuttiest thing you have ever seen.

Here's the link to Nukemap.

South Korea says it will push the UN Security Council for sanctions that will "completely isolate" North Korea. Yonhap News also reports that South Korea will "consider deploying most powerful U.S. tactical weapons." If this means deploying tactical nuclear weapons to bases in South Korea it would be a monumental shift in strategic policy.

Here is a release from from NORSAR showing the different test seismographs plots.

China has condemned the test as well.

Top military commanders in US and South Korea have discussed an "effective military response" to North Korea's nuclear test. At the same time, the South Korean government says it's too early to declare North Korea has crossed the "red line." President Moon Jae-in had stated that weaponizing nuclear weapons to be carried on ICBMs was that line, so it seems like North Korea hasn't just crossed it, they leaped far past it.

I got an email asking how geologists and other scientists monitor nuclear tests from afar. Here is a great writeup on exactly how this is done.

Russia and Japan have also come forward to condemn the test. Still waiting on an official statement from any department in the U.S. government.

Donald Trump has tweeted about the test. Here's what he said-

We are live updating this post as more information comes available.