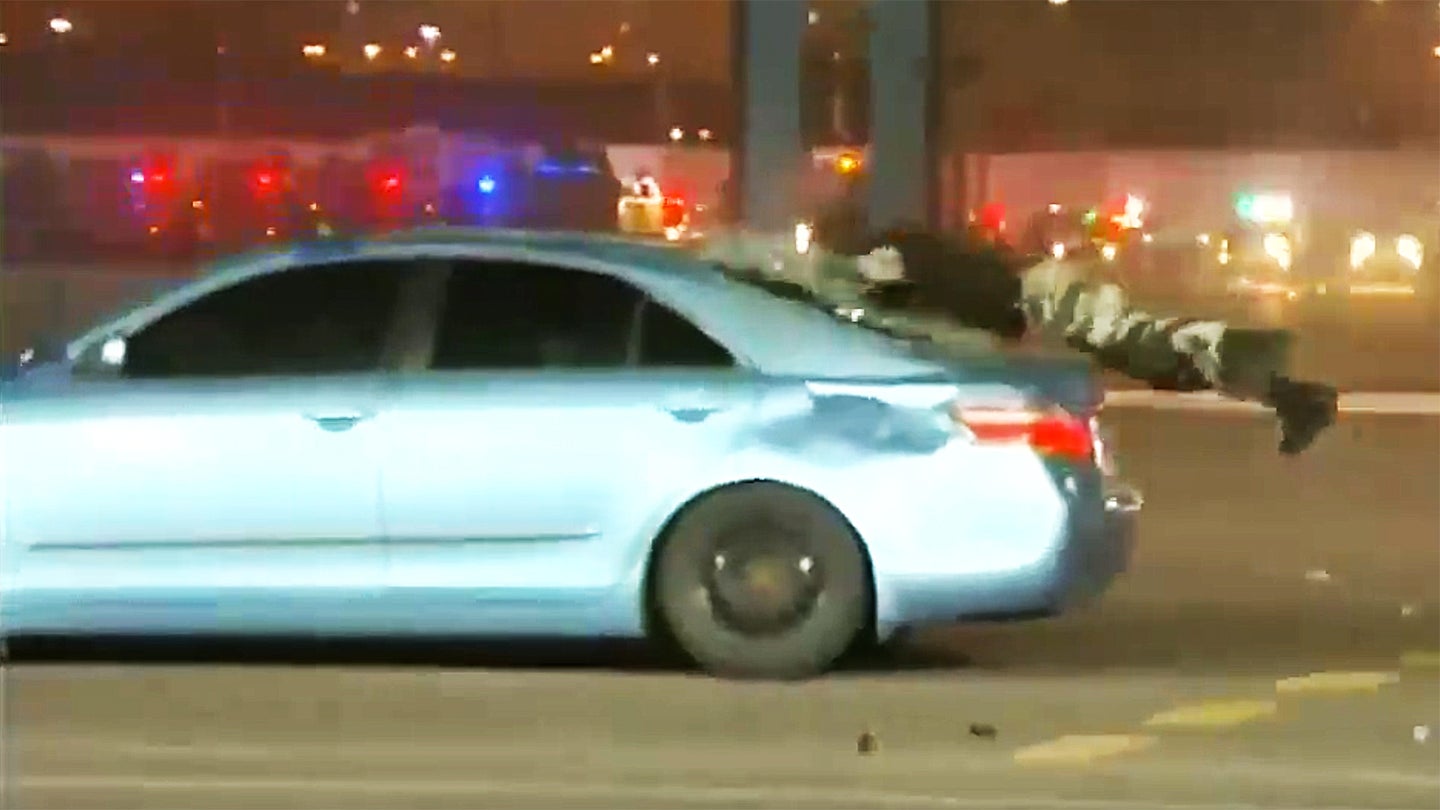 As Saudi Arabia prepares for the Hajj—the massive pilgrimage of Muslims from around to Mecca—security becomes a major concern. Different forces from Saudi Arabia's extensive security apparatus are brought into Mecca and other hot spots and put on high alert, ready to rapidly respond to any nefarious acts that may occur. Strangely enough, The Kingdom turns this operation into a parade and demonstration of sorts that they call the "Hajj Security Review," and it's totally bonkers.

The video shows agents leaping through car windshields, backflipping off pedestals, delivering flying kicks, as well as military men and vehicles marching through and flying over a parade ground. Oh, and there are plenty of explosions to go along with all the "Arabian Ninja" fun.

Meanwhile, in the UK: