The Harry Potter series and its brutal, fictional jail Azkaban have made notable impressions on the inmates. 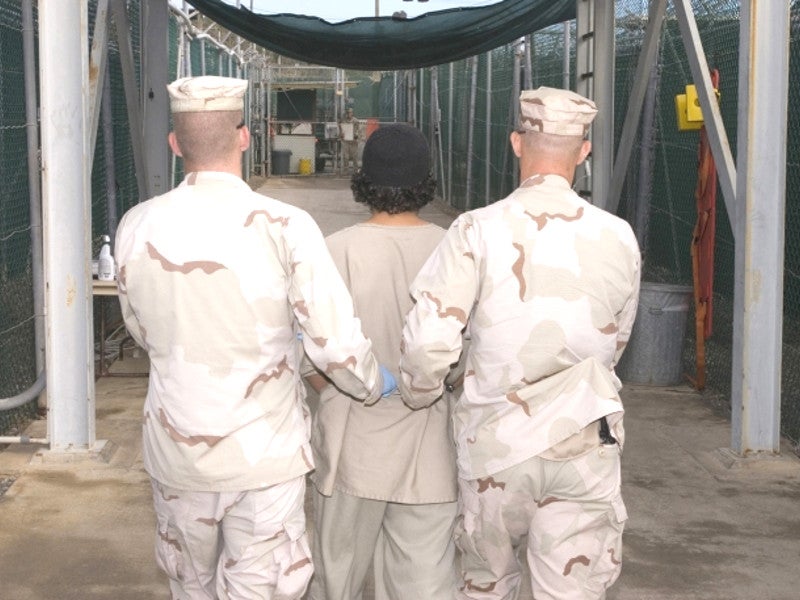 The U.S. military’s detention facility at Guantanamo Bay, Cuba – almost universally known as “Gitmo” and often abbreviated “GTMO” – is controversial to say the least, prompting continued and heated debates over torture and other legal issues, as well being a lightning rod for general criticism of U.S. counter-terrorism operations

around the world. But the camp is also a prison with many of the same banal features of any other such facility, including a library, and thanks to an enterprising individual’s Freedom of Information Act Request, we now know what’s in its somewhat eclectic catalog.

In July 2015, a private individual submitted a FOIA request for the “GTMO Inmate Library Catalogue of Books” and the “GTMO Inmate Library Catalogue of Videos/Films.” Nearly two years later, U.S. Southern Command, which oversees the Guantanamo Bay naval base and Joint Task Force-Guantanamo (JTF-GTMO), sent along the more than 600 pages listing all the items in the library’s various catalogs, including duplicates. Government transparency website GovernmentAttic.org posted a copy of these records online in August 2017.

“Upon completion of our line-by-line review, we determined this information is currently and properly unclassified and releasable in its entirety,” Marco Villalobos, the SOUTHCOM FOIA manager wrote in his official response letter. This process is protocol, but it’s hard to imagine that anything in the inmate library would’ve ever been classified. The catalogs read like the description of something that’s one part foreign archive, one part second-hand book store, and one part middle school library.

To be sure, there are items in a host of different languages, catering to what has been an especially diverse inmate population since Gitmo’s detention facility first opened in 2002. There are books in Arabic, Bahasa, Farsi, French, German, Pashtu, Russian, Spanish, Swahili, Turkish, Uigher, and Urdu. A significant number of these are just translation dictionaries or textbooks on how to learn English.

There are an equally large number of works of history, folk tales, and other classical and other culturally appropriate texts, including discussions of the tenets of Islam and Sharia law. The library has a number of translated works of western fiction, as well, such as some of the Shakespeare’s plays, Mark Twain’s The Adventures of Tom Sawyer, Dan Brown’s Davinci Code, and dozens of entries from R.L. Stine’s Goosebumps series.

Notably, in addition to having them available in English, inmates can read J.K. Rowling’s famous Harry Potter series in Farsi, French, German, Russian, and Spanish. There are two copies of just the third book, Harry Potter and the Prisoner of Azkaban, in Urdu.

This may seem odd, but there is at least one report that detainees took heart in the story of the Prisoner of Azkaban, which focuses on one character’s escape from wrongful imprisonment in the Wizarding World’s secretive jail and its Dementors, effectively soulless demons, who patrol and suck the very happiness out of everything around them.

Shaker Aamer, a Saudi citizen who was a legal resident of the United Kingdom at the time of his capture in Afghanistan in 2001, had this to say in an interview with the BBC after his release in 2015:

“The closest thing for my mind is [a] Harry Potter story. They got an island in Harry Potter, it says ‘Azkaban,’ where there’s no happiness and they just suck all your feelings out of you, and you don’t have no feelings any more. And truly that’s how I felt all the time. Because that’s what they tried, you know. They want to make you feelingless [sic]. They want to deprive you from everything, anything.”

Beyond the foreign language items, there are hundreds of books in English. Again there are a lot of secondary histories and cultural classics, but there is also a wide selection of educational, self-help, and hobby related texts, some of which seem to have been put together haphazardly for a prison. It’s not clear how much use the inmates would ever get out of William Dietz’s Guide to Your Child's Nutrition, Caroline MacPherson’s Sugar Gliders: A Complete Pet Owner's Manual, or Cal Orey’s The Healing Powers of Olive Oil.

Inmates can read story books and comics intended for young adults and teenagers, too. In addition to the tales of Harry Potter, the library has J.R.R. Tolkien’s The Hobbit and The Lord of the Rings’ trilogy, a collection of Isaac Asimov’s science fiction writing, The Hunger Games books, and the Twilight series.

This is perhaps less surprising than it might seem at first. Many of the detainees come from backgrounds with limited education and may have trouble reading in their own native languages, let alone English. It helps explain the large selection of picture books with little or no text that are in the catalog, as well. On top of that, for a time, the U.S. military also infamously detained more than a dozen minors, including Mohamed Jawad who may have been as young as 12 or 13 years old when he first entered Gitmo, housing them in a special detention block known as Camp Iguana.

The lists of movies and television shows are similarly diverse, including documentaries and other educational programs in English and other languages and recordings of sporting events, mostly soccer matches, including various World Cup matches from before and after 2002. Detainees have access to a wide range of popular media, too, including relative recent blockbusters like Disney's Frozen and The Lego Movie.

Not surprisingly there are all the Harry Potter movies. There are utterly forgettable movies intended for children and adults, too, such as Alvin and the

Chipmunks, The Smurfs, The Lorax, Paul Blart: Mall Cop, and SWAT. There’s also The Will Smith Music Video Collection and I have no idea what Americans Convert to Islam is.

The library has impressively broad selection of American television, old and new, including seasons of Battlestar Galactica, The Cosby Show, Star Trek, and The Fresh Prince of Bel-Air, which is amusingly written as the “Price of Bel-Air.”

There seem to be an oddly large amount of procedural crime dramas, such as Bones, CSI

and its spin offs, Law and Order, The Mentalist, and Monk. NCIS seems conspicuously absent for a prison on a naval base.

However, in this particular case, there may well be a more complex explanation for this inclusion of these and other programs that depict various elements of the United States, its legal system, and other aspects of its society. It is possible that there is a hope that inmates may come to temper their anger at the U.S. government after watching some of these programs.

According to a December 2016 report by PBS, North Korean defectors and other activities in South Korea routinely include American crime dramas in media they smuggle into the reclusive communist regime. “Scenes … from NCIS that show police officers reading suspects their rights are especially useful” in countering North Korea’s anti-American propaganda, defector Kang Chol-hwan explained in an interview for the combined print and television special.

We don’t know if allowing inmates to watch The Boondock Saints, The Sopranos, House of Cards, Taken, or The Wire would have the same potential impact. Whether Duck Dynasty or Swamp People is an accurate depiction of real America is up for debate, too.

It’s all in the Gitmo prison library though, along with hundreds more entries. There are way too many items for us to list them all here, so feel free to browse the list yourself and let us know what else you find in the comments.