The A-10 Warthog’s massive 30mm cannon, the GAU-8/A Avenger, is one of the most iconic weapons ever designed and is as famous as the plane that carries it into battle. But as undeniably badass as it is, a closer look at its history reveals that early on, the gun seemed to spend almost as much time trying to kill the aircraft’s pilot as the enemy, producing potentially blinding smoke and fire, fumes that threaten to choke out its engines, and violent vibrations. The Air Force had to find creative solutions to all of these issues in order to make sure the weapon and its flying carriage functioned properly.

The Avenger's story really gets started in 1971 when the U.S. Air Force hired General Electric and Philco-Ford to build competing prototype cannons for a future close air support aircraft then only known as A-X. The two companies would be responsible for building the weapons and ammunition, as well as installing them, along with a linkless feed system and fire control equipment, onto the two A-X prototypes, the Northrop YA-9A and Fairchild Republic YA-10A.

“The Air Force understood that the fortunes of the A-X and the GAU-8/A were intertwined, and recognized the importance of the integration effort given four prime contractors, two each for the aircraft and the gun,” retired U.S. Air Force Lieutenant Colonel David Jacques and Dennis Strouble wrote in an official case study of the A-10’s development. “It was clear by then that aircraft would be designed to accommodate the gun, instead of the gun being chosen to ‘fit’ in the aircraft.”

As it happened, the prototype GAU-8s were not ready for the fly-off between the YA-9 and YA-10 aircraft. The Air Force provided smaller 20mm M61 Vulcan cannons instead for the fly-off tests to pick the winning airframe, which the Fairchild Republic design ultimately won. As such, Northrop's entry never actually carried the Avenger.

In 1973, the Air Force picked General Electric as the winner of the separate gun competition with its huge seven-barrel rotary cannon, which weighed in at approximately 700 pounds with its associated components and ammunition feed system. The service briefly considered the single-barrel 30mm Oerlikon 304RK cannon, also known as the KCA, but found it to be substantially less reliable.

The sample 304RKs, which received the designation GAU-9/A, suffered, on average, one malfunction for every 900 rounds fired. The Avenger could shoot nearly 10 times as many shots without a stoppage.

After settling on the General Electric GAU-8, the firm began the the real work of cramming it into the A-10. Tests on the ground went just fine. It was when test pilots got the first fully-loaded YA-10s into the air in March 1974 that the issues became apparent.

For context, its important to remember the immense power of the GAU-8. The Avenger spits out nearly 70 rounds every second. Each complete 30mm cartridge is bigger than a typical beer bottle and the projectiles alone – either full of high explosive and an incendiary mixture or an armor piercing design with a depleted uranium core – weigh three quarters of a pound. It takes two hydraulic motors to spin the barrels and work the system.

When the pilot pulls the trigger, the gun breathes literal fire and shakes and rattles the airframe. It spews huge clouds of hot gun gas full of particulate matter as it makes its signature “BRRRRT!” sound. There’s a long-standing urban legend that the shooting actually slows the plane down.

According to Jacques and Strouble, the most immediate issue was that the muzzle flash simply blinded the pilot, which could be dangerous even in a shallow dive at a relatively slow speed at low altitude. The gasses left dark soot on the windscreen, as well as the fuselage, that eventually blocked their view, too.

To deal with the latter issue, the A-10 has a window-washing function. A switch on the right hand side of the cockpit triggers the 30-second wash cycle, according to an official 1988 flight manual. Using cooled bleed air from the auxiliary power unit, the system floods the windshield with cleaning fluid for six seconds, followed by another 24 seconds of just air to “purge” the liquid. The same burst of air can clean rain at low speeds, too.

Repeated firing shook the gun mounts so much that parts galled, a process by which the repeated friction causes separate metal components to adhere together. As one test report noted, this had no impact on the aircraft's ability to fly or fire the gun, but made it especially difficult to get the GAU-8 out of its compartment for routine maintenance.

More worrisome, the gasses, which contained no oxygen, had a tendency to flow up over the aircraft’s wing and into its engines, threatening to choke them out. In addition, the particles in the fumes might contain unburned gunpowder, which could cause flameouts, or would build up in the engine turbines, both potentially serious issues.

One immediate attempt to fix the issue simply involved lengthening the barrels to try and dissipate the blast and disperse the gasses, as well as switching from copper bonding in the ammunition to plastic to make the resulting debris less dangerous. It didn't work, though the plastic bands turned out to help reduce wear and tear on the barrels and became standard.

For more than a decade work continued on other potential solutions. We know that the Air Force designed at least three gun gas deflector concepts, which were supposed to help mitigate the blast and keep the fumes away from critical components. An initial design simply added an angular shield to the end of the nose.

A more polished design extended the overall shape of the nose, entirely encapsulating the cannon’s muzzle and leaving just a slit for the gun to shoot through, also turning the Warthog into more of an ant eater, aesthetically speaking. We don’t know what happened to these configurations, but they could have disrupted the aerodynamics of aircraft, upset its balance, or caused all new vibration issues while the gun was firing.

There was a third and much less involved gas diverter that simply attached to the GAU-8’s muzzle, giving it an even more sinister appearance. Defense contractor Battelle built this piece of equipment, known as the GFU-16/A, which contained two sets of baffles. It caused added stress on the nose, leading to significant cracks. One report from 1986 said the problem wouldn’t necessarily impact flight safety, but presented a significant maintenance burden.

In the end, none of the gas diverter designs made it beyond testing. The Air Force settled, in part, on a revised propellant mixture for the ammunition that helped reduce some of the issues. But according to the documentary Against All Odds: The Story of the A-10, the ultimate solution was both crude and ingenious.

Since the most significant issue is the gasses getting into the engine and causing it to give out, when the pilot in a Warthog pulls the trigger, it continually trips the ignition system. So, even if the engine does stop suddenly, it immediately restarts.

All of this work to mitigate the impact of the gun on the A-10's airframe and engines is an amazing concession of aircraft design to one single component. It’s testament to the fact that the gun was just as important as the plane itself, if not more so. With this in mind, it's no surprise really there have been attempts, although largely unsuccessful, to work similar capabilities onto other existing tactical aircraft. 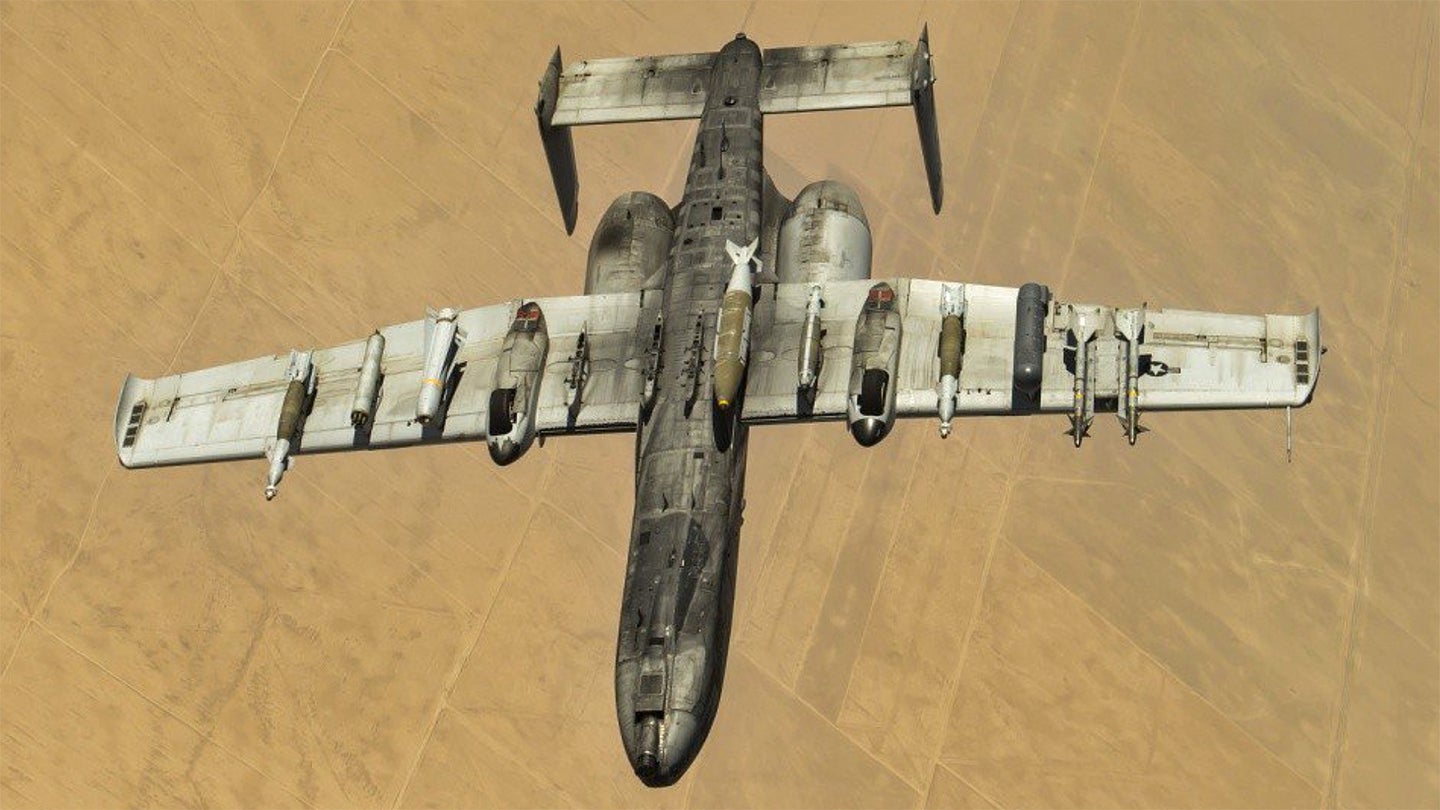 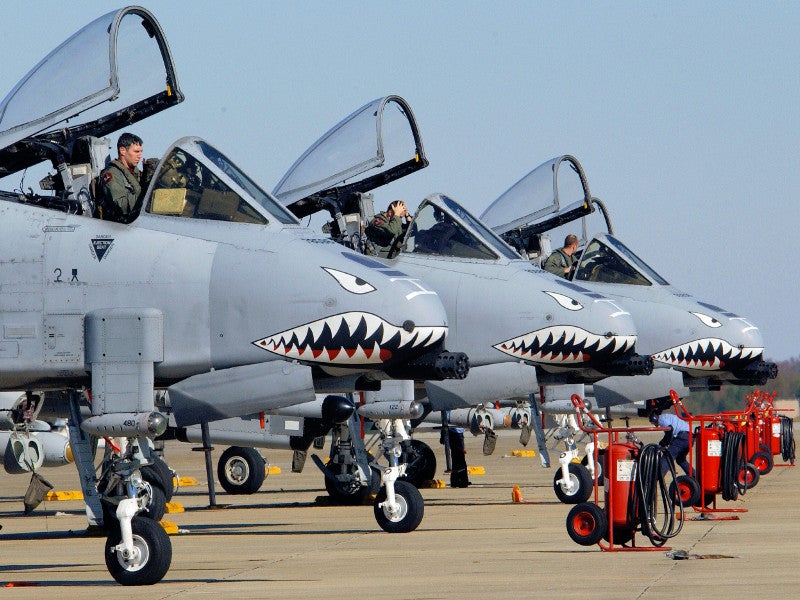 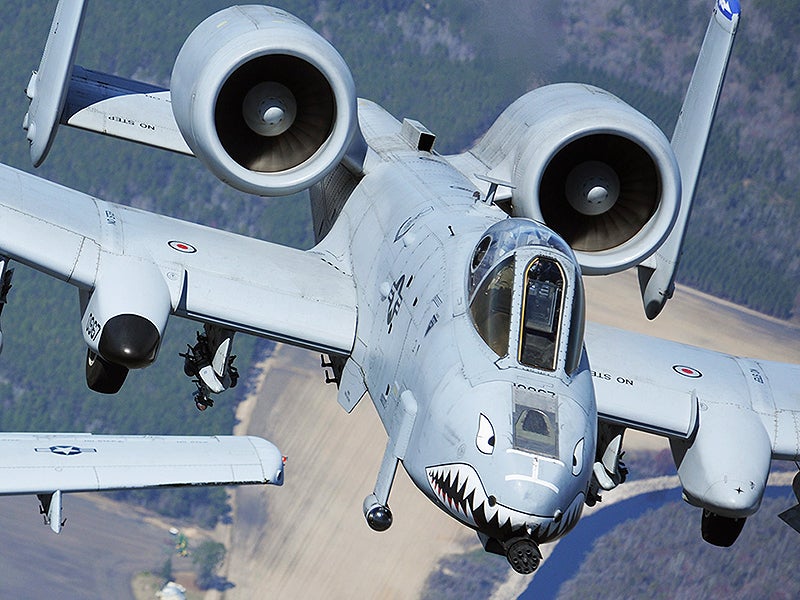 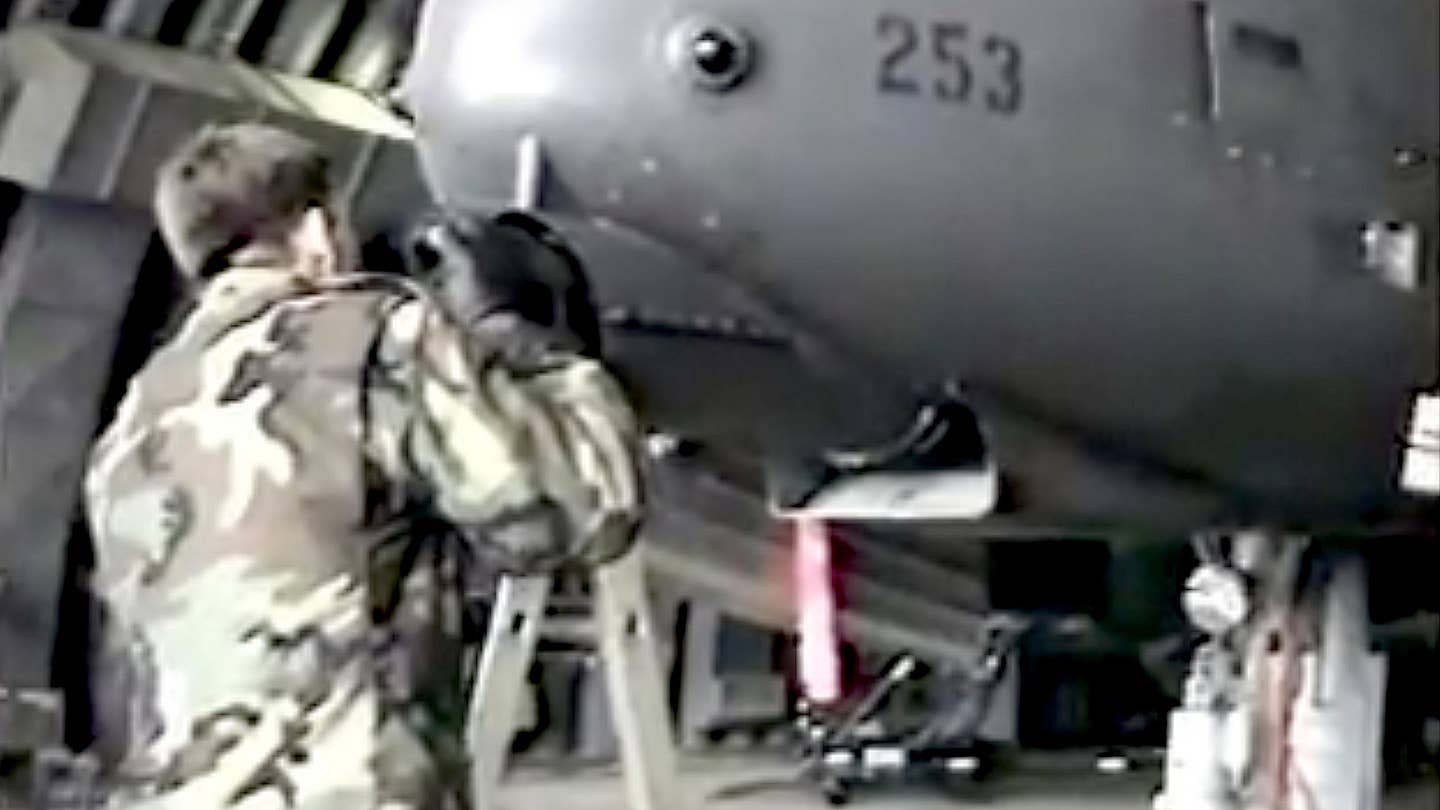