President Donald Trump already has something of a contentious relationship with plans to acquire a fleet of new presidential aircraft, commonly known as Air Force One, as well as the primary contractor for the replacement planes, Boeing. He famously Tweeted out that the project’s “costs are out of control” and subsequently pledged to seek a better deal as only he supposedly could. But with the complex requirements largely non-negotiable, the U.S. Air Force has found perhaps the only realistic way to cut costs—by buying abandoned airliners on the cheap before converting them into the most advanced VIP transport in the world.

Defense One’s Marcus Weinberger got the scoop that the Air Force was finishing up the paperwork to buy a pair of 747-8i aircraft sitting in storage out at the Southern California Logistics Airport, which contains an expansive commercial boneyard in the Mojave Desert. Neither the service nor Boeing would say how much the used planes cost, but it seems guaranteed that the final price will be less than that of a new one, which is more than $380 million.

“We’re working through the final stages of coordination to purchase two commercial 747-8 aircraft and expect to award a contract soon,” Ann Stefanek, an Air Force spokesperson, told Defense One. “We’re still working toward a deal to provide two 747-8s to the Air Force – this deal is focused on providing a great value for the Air Force and the best price for the taxpayer,” Caroline Hutcheson, a Boeing spokesperson added in a separate statement.

In a somewhat amusing twist of fate, Russian airline Transaero signed a deal to buy four 747-8is in 2013. When that firm went bankrupt two years later – likely at least in part an indirect result of the international outcry over the Kremlin’s annexation of Ukraine’s Crimea region – two of the planes were already complete. Aeroflot, Russia’s flag carrier, grabbed most of the abandoned fleet in a state-sponsored buyout, but declined to buy the especially expensive to operate 747s. Boeing has been trying to find a buyer ever since.

Getting taxpayers the best deal should always be an important consideration, but it’s especially important in this case since Trump has made the cost of the Air Force One replacements such a public issue. When The Donald took to social media to decry the state of the program in December 2016, the final price tag was an estimated $3-4 billion dollars for a pair of jets to replace the existing pair of VC-25A “Air Force Ones,” plus various ancillary costs.

The VC-25s, also based on the 747-200 airliner, have been in service since the 1990s, though they have received significant modifications over the years. The Air Force has been actively looking for new jets to fill this unique role since at least 2009.

As The War Zone’s Tyler Rogoway wrote after Trump’s Tweet, there were good reasons to replace these planes and for what the new aircraft would cost so much:

Trump seems to balk at the cost of replacing the two VC-25As—aircraft that are approaching 30 years of service – which Trump says is around $4 billion.That figure seems to be a fairly accurate estimate, though his number is on the higher end of the estimate spectrum. A single 747-8i – which these new Presidential airlift aircraft will be based on—costs around $365 million from Boeing. But we’re not talking about the average crying baby hauler here.

Pressed into Air Force service, these new aircraft will require a massive amount of systems integration work to be able to handle the job of Air Force One. This includes adapting them to host the most advanced flying communications suite there is, and making them hardened against the electromagnetic pulses given off by exploding nuclear weapons. It will also include building in and testing aerial refueling capabilities, lots of power generation, and integrating a self defense suite made up of the most complex constellation of missile countermeasures found on any aircraft in the world. Not just that, but the aircraft will also be subject to an avalanche of specific requirements, many from emanating from disparate agencies, which will all have to be folded into a single design that will only be replicated two or three times. Finally, the design has to take future expansion and upgradability into account at every turn – an expensive task upfront aimed at saving money down the road.

In other words, this is tough and expensive work that has America’s national security relying on it. If Air Force One cannot act as a reliable flying command center, even during a nuclear exchange, the credibility of America’s nuclear deterrent erodes.

Rogoway listed a number of ways Trump could have gotten away with canceling the program, including flying less overall, using less capable planes when possible, or even shifting some of the burden to the E-4B Nightwatch airborne command posts. Alternatively, Trump could have decided to go with a different, cheaper airframe altogether as the starting point.

But choosing a different plane could have brought along all new problems and associated costs as designers would have to figure out how to get all the necessary systems into an entirely new package. There wouldn't necessarily be any existing knowledge base for the extensive upgrades the aircraft itself would need, including hardening it against nuclear blasts and other attacks, both physical and otherwise.

In the end, any overall savings from choosing a new plane as the starting point would likely have been relatively small by U.S. government standards. The cost of buying new 747-8is, as was the original plan, would have accounted for less than a $1 billion out of the project's overall estimated price, somewhere between less than a third and less than a quarter of the final bill.

However, as Rogoway ultimately noted, Trump had caged himself in with the "optics" of his statements:

Trump could execute any of the options above; but even if it makes the best financial sense to move forward with the Air Force One replacement program as is, doing so would be a missed opportunity to show the world that Trump can do better. If we’ve learned anything it’s that Trump wants to send the message that he can squeeze a better deal out of anyone and everyone, including Boeing. So with just a little restructuring of the program here and there – and some dollars thrown Boeing’s way for other projects – Trump could potentially announce that he fixed the problem.

In choosing the second-hand 747s, the Trump administration solves a number of issues at once. It keeps the program on track, largely unchanged, using an airframe similar to the existing VC-25As, which will help keep many costs down as the Air Force finalizes the design. More importantly, it gives Trump himself a “win” where he can say he made a promise to the American people and followed through on saving them money.

So, while this will probably have a very small impact on what the future Air Force One looks like in the end, and may only trim a relatively minor part of the replacement program’s final cost, it seems likely that we will be hearing about this deal a lot in the near future. 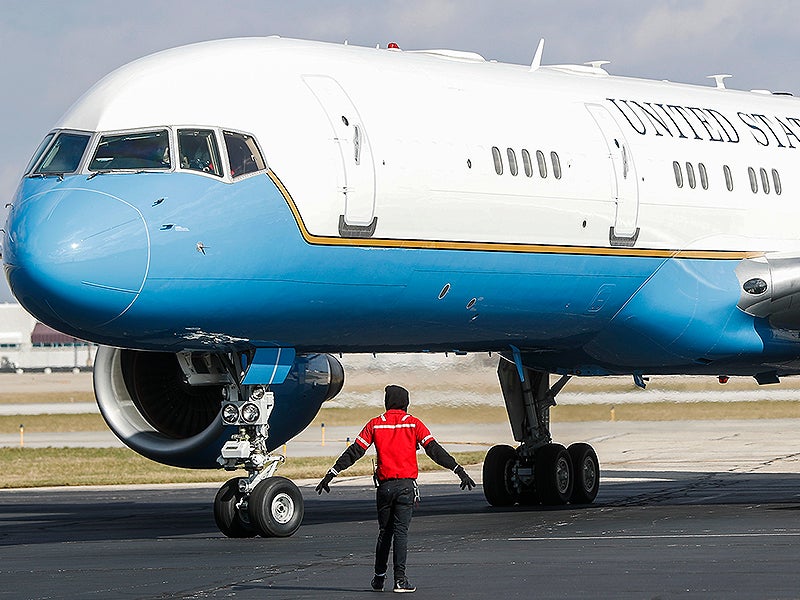 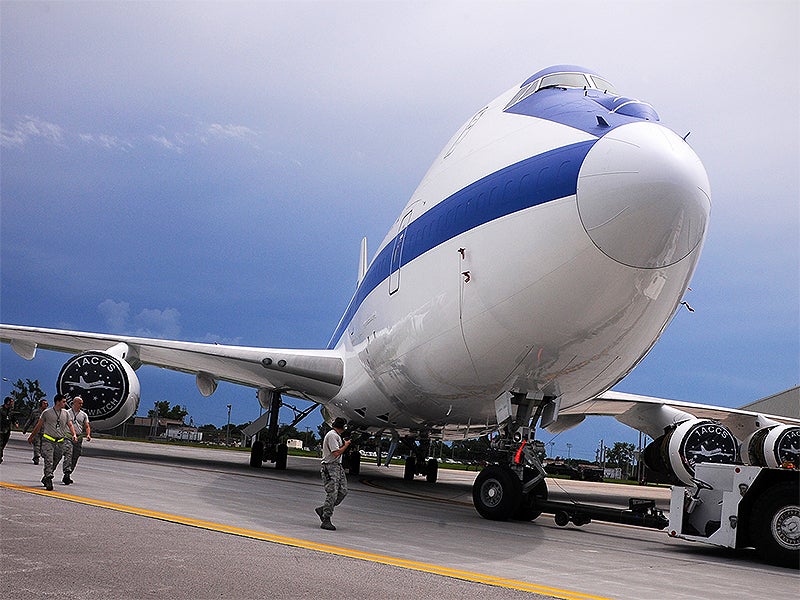 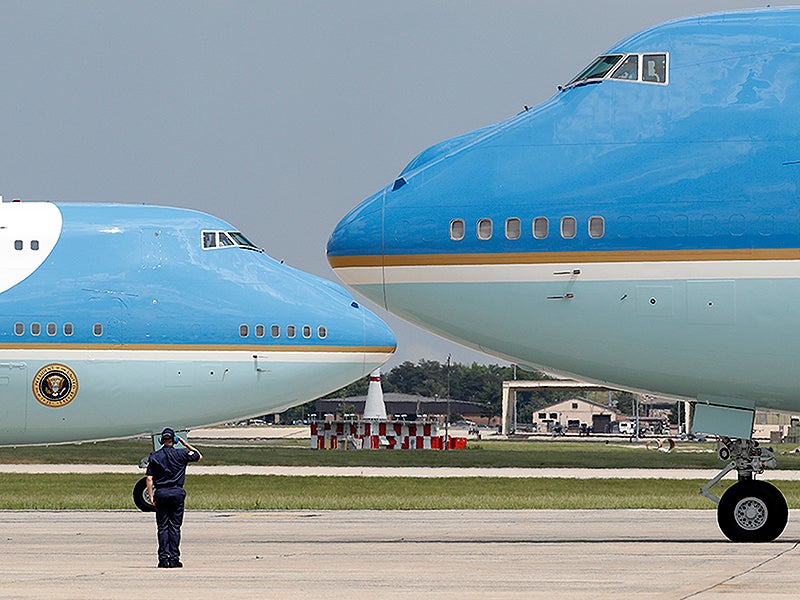