After years of delays and debate, construction of the Royal Navy’s future Type 26 frigates has officially begun at a shipyard in Scotland. The full class of eight ships will provide a number of critically needed capabilities, including acting as additional escorts for the United Kingdom’s up-coming pair of supercarriers. The first of those flattops, HMS Queen Elizabeth, is in the middle of her first sea trials in the North Sea.

On July 20, 2017, the United Kingdom’s Defense Secretary Sir Michael Fallon led a ceremony to cut the first steel for the lead ship at BAE Systems’ Govan shipyard in Glasgow. At the same time, he revealed that the ship would share its name with the city and that the next seven ships would also take on similar names. As such, HMS Glasgow and the rest of the Type 26s would become known as the City-class.

"HMS Glasgow and the other seven frigates in this new class will protect our powerful new aircraft carriers and nuclear deterrent, helping keep Britain safe across the world,” Fallon said at the event. "The Type 26 is a cutting-edge warship that will maintain our naval power with a truly global reach. Designed for a service life of at least 25 years, the Type 26 frigates will form a backbone of the future Royal Navy surface fleet well into the future."

Originally known as the Global Combat Ship (GCS), BAE’s frigate will displace approximately 6,900 tons and have a crew of just more than 150. A pair of electric motors, four high speed diesel generators, and a gas turbine will provide onboard electrical power and propel the ship to a maximum speed of over 30 miles per hour over a range of some 7,000 miles.

Intended primarily for anti-submarine warfare, the ships will have both a sonar system in the bow and a built-in towed sonar array, both linked to a central BAE Systems battle management system. An enlarged helipad and attached hangar can accommodate a Wildcat or Merlin helicopter or vertical takeoff capable drones, any of which could carry torpedoes or additional sensors.

Like the U.S. Navy’s RIM-162 Evolved Sea Sparrow Missile (ESSM), each VLS cell can hold four Sea Ceptors, giving each ship a total of 48 missiles in a relatively compact space. Already in active service, the missile also fit quad-packed into the existing launchers for the older Sea Wolf and the Royal Navy began arming its existing Type 23 frigates with the new weapons in 2016.

Raytheon’s Mk 41 VLS can accept a variety of weapons, including the Tomahawk Land Attack Missile (TLAM) and various models of the surface-to-air Standard Missile. The U.S. Navy has also become interested in the possibility of an over-the-horizon anti-ship missile that will fit in the cell, most notably Lockheed's stealthy and highly capable Long-Range Anti Ship Missile (LRASM). An official infographic says the inclusion of launchers will give the ships “the widest possible choice of weapons to counter threats as they emerge.”

On top of these missiles, each Type 26 frigate will have five-inch gun in a turret on the foredeck with a range of at least 20 miles. Rocket-assisted or guided ammunition, various types of which are already in development, could expand the capabilities of this weapon. In addition, there will be a variety of smaller cannons and machine guns, including the ubiquitous Phalanx CIWS, for close-in self protection against incoming missiles, swarms of small boats, and similar threats.

A BAE Systems Artisan 3D radar will be the City-class’ main sensor to spot enemies on the surface and the air. This is the same type fitted to Queen Elizabeth, which will give the new frigates additional interoperability when working with the larger carriers. Though there is limited information on what other equipment could end up on Glasgow and the other Type 26s, it seems like that additional sensors and electronic warfare measures will be on the final ships.

All of these features would allow the City-class ships to support other, larger surface combatants as part of a carrier battle group or other task force. The ships should be able to operate independently in elevated threat environments, as well. And the Royal Navy is badly in need of additional capable surface combatants.

As The War Zone noted in its deep dive into the Queen Elizabeth carrier, the Royal Navy would need to commit significant numbers of ship to escort the flattop during actual operations. With only six Type 45 Daring-class destroyers and seven Astute- and Trafalgar-class attack submarines, as well as another 13 Type 23 frigates, in total as of 2017, the service could be hard pressed to sortie out a carrier battle group while still conducting other missions, yet alone two battle groups. Typically the U.S. Navy sends its supercarriers out with a guided missile cruiser, three destroyers, and at least one Los Angeles-class attack submarine, in addition to vital logistics ships.

The City-class could help potentially reduce the burden on the Darings or other ships, too. Intended to be modular, somewhat like the U.S. Navy’s controversial Littoral Combat Ship (LCS), each City-class ship will also have reconfigurable “mission bay” to allow it to perform additional tasks. One of these could launch and recover rigid hull inflatable boats for boarding or other specialized missions. Another will reportedly have unspecified drones that can carry disaster relief ashore, according to an official infographic.

Depending on the particular mission, the Glasgow and its sisters could accommodate more than 200 personnel in total, which could conceivably include Royal Marines or special operations forces. While the hangar is too small to store such a helicopter, the ship’s helipad is big enough to accommodate a heavy lift type such as a CH-47 Chinook, which could also support missions on shore.

Also, similar to the American LCS debacle, the planning for what ultimately became the Type 26 began in the late 1990s, but was delayed and slow-rolled due to funding issues and debates over required capabilities and the ship’s exact purpose. The program slogged along until 2015, when the Ministry of Defense finally signed a formal development deal. But Defense Secretary Fallon made clear the following year that there would be no actual production until the design offered actual “value for money.”

The overall cost of the project could continue to be a significant factor in both how fast . The U.K. Ministry of Defense's contract only covers the first three City-class ships and carries a price tag of 3.7 billion Pounds. According to Secretary of Defense Fallon, the country's government will have to negotiate another deal for the last five ships and said that might not happen for another six to 10 years.

The United Kingdom's defense priorities and the overall state of the world could be very different in a decade. Right now, the United Kingdom's Conservative-led government is still pushing budget austerity and associated cuts amid concerns about what the country's planned exit from the European Union, more commonly known as Brexit, might do to its overall economy.

This might help explain why the Royal Navy will name all Type 26 ships after cities, a decision also akin to the original plans for LCS, which has since given way to variety of different monikers. The general concept is that naming a ship after a city gives it an immediate connection to a larger community, which in turn gains an interest in keeping the ship in active service.

In explaining why he abandoned the traditional “denizens of the deep” naming convention for the Los Angeles-class attack submarines, U.S. Navy Admiral Hyman G. Rickover famously said “fish don’t vote.” The U.K. government’s comments have echoed many of the same sentiments about a project Fallon said would “support and sustain” approximately 3,400 jobs. The Type 26 Glasgow will be the eighth Royal Navy ship to bear that name, the last of which was a Type 42 destroyer that sustained bomb damage during the Falklands War in 1982 and retired from service in 2005.

“As an island nation, we are utterly dependent on the sea for our security and prosperity,” Royal Navy Admiral Sir Philip Jones, First Sea Lord, wrote in a statement. “The City-class confirms the historic bond between the Royal Navy’s fighting ships and our greatest centres of commerce and industry.”

But regardless of any buy in from the public, the Royal Navy could already do with any added flexibility afforded by new ships such as the Type 26s. On July 17, 2017, HMS Richmond, a Type 23 frigate, found itself escorting a flotilla of Chinese warships as they passed through the English Channel on their way to link up with the Russian Navy for drills in the Baltic Sea. Two months earlier, HMS Somerset, another Type 23, did the same for one of Russia’s Kilo class submarines, the Krasnodar. And in January 2017, the Royal Navy and Royal Air Force both shadowed the Russian carrier Admiral Kuznetsov and her own escort as they passed by on the way home from operations off Syria.

The Baltic Sea in particular has seen increasing air and naval activity since NATO began stepping up exercises in response to the crisis in Ukraine in 2014. Russia responded and the tit-for-tat drills have only increased since then. At present there is already an especially large number of ships in the area ahead of a Russian naval parade in St. Petersburg scheduled for July 30, 2017.

The Royal Navy has also sent a Type 45 destroyer, HMS Duncan, to the Black Sea to join the U.S.-led Sea Breeze 2017 exercise off Ukraine. This is in addition to the service’s various other training and operational commitments in the North and South Atlantic – including patrolling near the disputed Falkland Islands – the Pacific, and throughout the Middle East. When the first Type 26s enter service they will become an important part of the Royal Navy's continuing global naval presence.

It’s not clear when the last of the eight City-class ships might be ready for combat. The Ministry of Defense expects HMS Glasgow and two of her sisters to enter service by the mid-2020s, the same time frame it expects HMS Queen Elizabeth to be operational. In the meantime, the Type 45s and Type 23s will continue to be at the core of the Royal Navy’s surface power in an increasingly busy neighborhood. 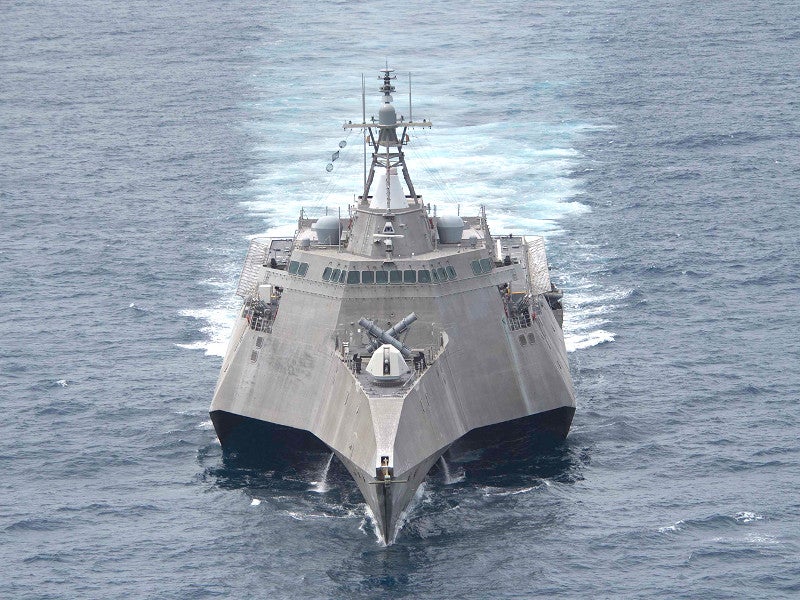 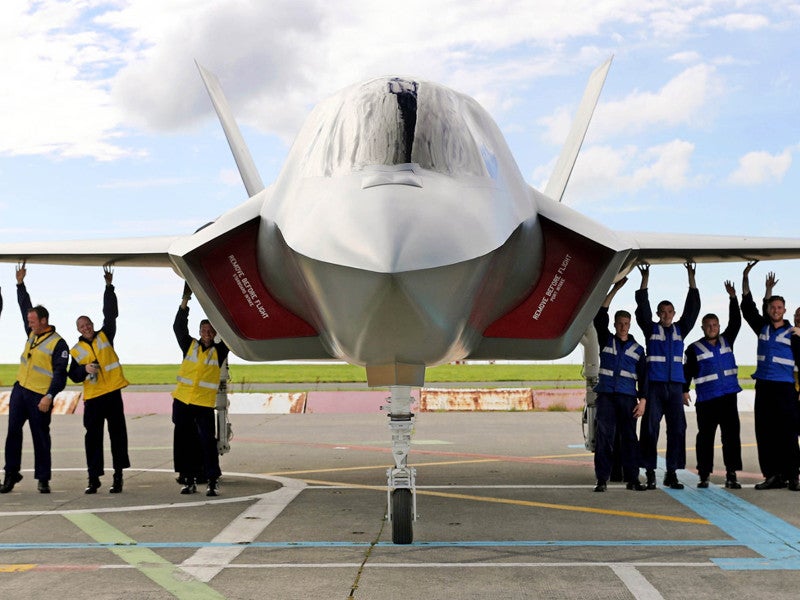 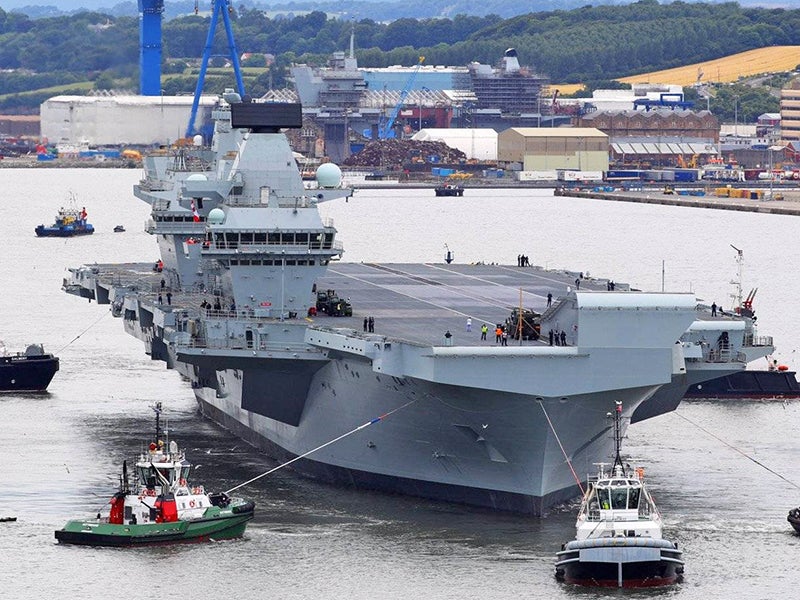