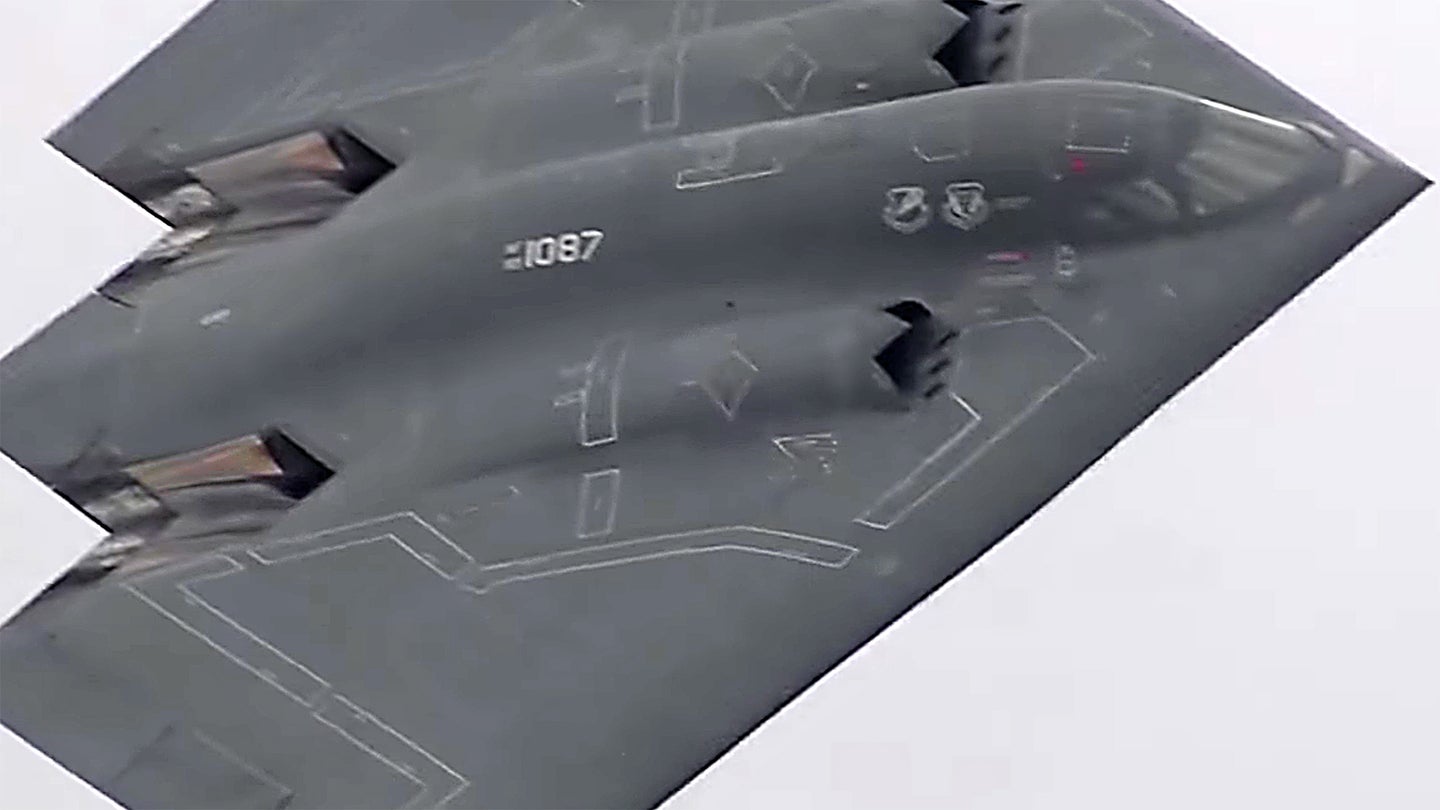 The F-35 made worldwide headlines last year by making its first appearance at the UK's Royal International Air Tattoo (RIAT), but this year US airpower was showcased in a different but still very impressive manner. Air show goers at RAF Fairford got a special surprise Sunday in the form of America's most prized aerial weapon system—the B-2A Spirit stealth bomber.

The B-2A executed a special set of flybys flanked by a pair of USAF F-15C Eagles. The F-15Cs are based at RAF Lakenheath. Even in videos that are emerging on the net, seeing the two iconic combat jet types flying together is a downright impressive display of America's aerial prowess. Being there to see it in person must have been quite special.

As for those who will decry the massive cost of flying a B-2 from Whiteman, Missouri to the UK just for a couple of air show flybys, forget about it. This is a global power training mission with one main difference—countless people got to appreciate it—including America's enemies. All the same components go into this operation as any other global power mission, including extensive planning, hitting a precise time over target, working with other USAF aircraft and air traffic controllers, tanking and so on. Not just that, but RAF Fairford is one of only two forward operating bases for the B-2 community, so B-2 crews need to get familiarized with flying to and from it.

Beyond the B-2's powerful flyover, the USAF had an especially large presence at this year's RIAT, with the F-22, CV-22, and the USAF Thunderbirds performing. A parade of local USAFE air power was also featured which included F-15C/Es, F-16Cs, a KC-135 and a C-130.

Outside of the USAF displays and the usual UK aerial flare, which included the world famous Red Arrows and the Typhoon demo, probably the most anticipated flying performances were Ukraine's Su-27 solo display and France's outstanding "Ramex Delta" twin Mirage 2000 routine.