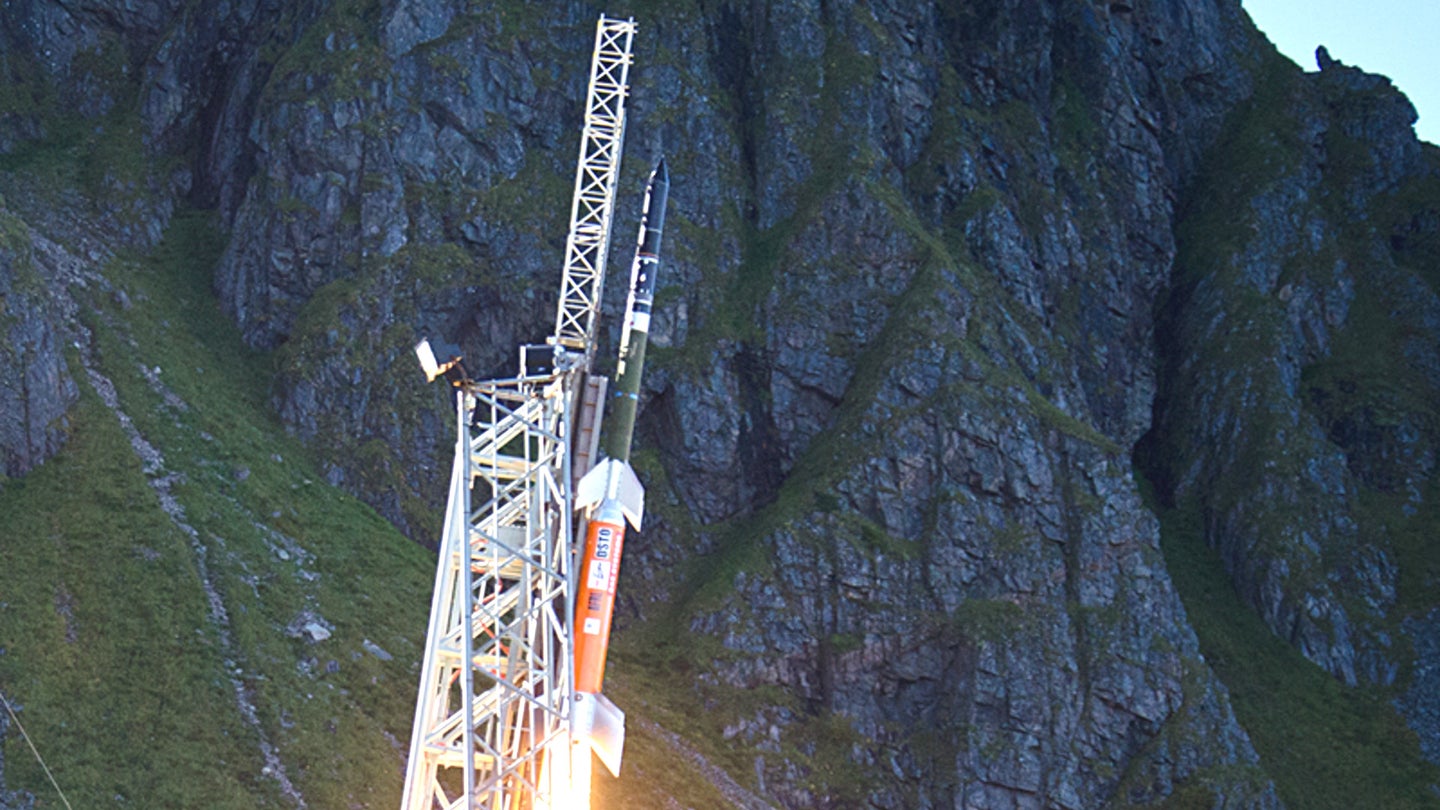 Hypersonic aircraft and missiles, which could fly as fast as a mile a second while maneuvering high enough to be safe from many existing air defenses, have the potential to transform warfare. So it’s no surprise that the United States continues to pushing ahead with research and development of these exotic flight vehicles, both gathering information on future weapon designs and conducting actual flight tests in cooperation with Australia.

As of July 12, 2017, the U.S. military and its Australian partners had concluded a round of experiments as part of the Hypersonic International Flight Research Experimentation (HiFIRE) program, including an unspecified number of actual test launches. Australian Defense Minister Marise Payne specifically congratulated the team – a partnership between the U.S. Air Force Research Laboratory (AFRL), the Australian Department of Defense’s Defense Science and Technology Group (DST), BAE Systems Australia, Boeing Research and Technology, and the University of Queensland – "on another successful hypersonic flight at Woomera test range," according to FlightGlobal, suggesting there may have only been one actual flight in this particular case.

"We were pleased to support the DST with the successful flight trial; the most complex of all HIFiRE flights conducted to date, to further the fundamental scientific understanding of hypersonic flight,” BAE Systems Australia told FlightGlobal in a statement. “This flight trial is a significant step forward in proving this technology and enhancing our collective understanding of how it could be employed across a range of applications."

The United States and Australia have been quietly working on the project for more than eight years. Initially, the partnership also included the American space agency NASA. The very first launch of a HIFiRE flight vehicle, which simply validated the basic design, occurred in May 2009. In March 2010, the multinational team fired a second version configured to gather scientific data. The two experiments also occurred at Australia’s Woomera Test Range. In both cases, a Terrier Orion sounding rocket boosted the unpowered, cone-shaped “vehicles” to hypersonic speeds, generally defined as more than Mach 5.

The sounding rocket, normally used for exo-atmospheric testing, seems to have been chosen for convenience rather than as a surrogate for an actual operational launch platform. Many previous hypersonic tests, including the Defense Advanced Research Projects Agency (DARPA) Project Falcon, have employed rockets and missiles with a ballistic trajectories as an easy way to get the test shape up to the appropriate speed.

The goal of the initial tests was to “develop and validate technologies critical to next generation hypersonic aerospace systems,” according to one AFRL report. “Candidate technology areas include, but are not limited to, propulsion, propulsion-airframe integration, aerodynamics and aerothermodynamics, high temperature materials and structures, thermal management strategies, guidance, navigation, and control, sensors, and system components.”

There were at least two further tests in 2012, which involved a powered design with a scramjet engine. Teams launched the rockets at the Pacific Missile Range Facility on the island of Kauai in Hawaii and at the Andøya Rocket Range in Norway. Though still initially launched using the Terrier Orion rocket, the flight vehicle reached a top speed of Mach 8, or more than 6,000 miles per hour, thanks to the added propulsion.

Another launch in Australia, where the prototype flew to a height of 172 miles and reached a maximum speed of Mach 7.5, occurred in May 2016. We don’t know what specific configuration the HIFiRE team employed in the 2017 flight test.

What we do know is that an ultimate goal of the program was to gather information that could be “applicable to the design of next generation high speed strike weapons,” according to a 2008 U.S. Air Force contract announcement. “The technical data to be collected from this program will be used to extend the verification of current design tools and further Air Force efforts to buy down risk in the development of future weapon systems.”

While there is no indication that the two are directly related, on June 29, 2017, the Air Force Life Cycle Management Center’s (AFLCMC) Armament Directorate did put out an official notice asking for information on potential hypersonic weapons. In this case, the Air Force was specifically interested in a weapon that could be air launched from either fighter or bomber type aircraft, though it did not specify any particular types.

The service already does have some experience with a similar system. Between 2005 and 2013, AFRL tested an air-launched hypersonic test vehicle with a scramjet, known as the X-51A Waverider, using a B-52 bomber as the launch platform. Earlier in 2017, Lockheed Martin said it was very close to having a workable hypersonic aircraft. In May 2017, the Defense Advanced Research Projects Agecny (DARPA) hired Boeing to build an new hypersonic spaceplane, referred to as the XS-1, too.

Regardless, in this case the service just wants to get information from potential sources about their ability to put together an air-launched hypersonic "strike weapon" with a conventional warhead that an existing fighter- or bomber-type aircraft could carry and fire at unspecified targets, according to the notice. As such, anyone submitting a proposal has to prove they can both design and test a fully functional system under "representative operational conditions.”

Since the objective is to solicit information as to what technology already exists, the Air Force did not provide any requirements or specific design parameters, either. However, as we at The War Zone have reported in depth before, hypersonic weapons could be a definite game changer. In June, I wrote:

All of these features have made the concept attractive within the Pentagon, as potential opponents field increasingly more powerful radars, surface-to-air and air-to-air missiles, and other weapons that could deny existing, more conventional American military forces from getting close to their objective in the first place. The U.S. military has collectively dubbed these threats as “Anti-Access/Area Denial,” or A2AD. Hypersonic weapons could be the key to breaking through these protective layers, including knocking down an enemy's integrated air defense system (IADS), during a crisis, maintaining America’s ability to hold its enemies under threat.

A hypersonic system would have significant benefits in a time-sensitive strike scenario, whether it be taking out a terrorist at a particular location or quickly knocking out vital enemy weapons or installations during a larger conflict. The immense speed of one of these craft could dramatically shrink the time it takes to go from first identifying any target to actually hitting it with a weapon, which in turns gives opponents significantly less time to notice they’ve been spotted and attempt to reposition, get into cover, or otherwise improve their defenses.

Of course, the Air Force made it clear that all it wanted from its June 2017 request was “market research” and that there were no existing plans to actually purchase a hypersonic weapon of any kind. Interested parties would not have to submit any actual prototypes either, but would have to send in a detailed written statement outlining their capabilities and possible offerings.

Representatives from CUBRC, Ingenium Aerospace, L-3, Northrop Grumman, and SI2 Technologies had all indicated their interest in the announcement on FedBizOpps, the U.S. government’s main contracting website, though this does not necessarily mean they submitted any information. It also doesn’t mean other firms, such as Boeing or BAE, have not submitted their own white papers.

But between the latest HIFiRE test and the information request, the Air Force seems eager to keep moving toward the goal of a real, operational capability. These latest developments may have been spurred in part by criticism by some members of Congress that the U.S. military as a whole isn't doing nearly enough in this area or to defend against threatening developments in Russia and China.

"I'm concerned about Chinese and Russian hypersonic weapons development, and I expressed those concerns in the right places," U.S. Navy Admiral Harry Harris, head of U.S. Pacific Command, assured Congress during a hearing May 2017. "What we can do is to develop our own hypersonic weapons and improve our defenses against theirs."

For anyone interested in submitting their weapon proposal, the Air Force wants the details no later than July 14, 2017.