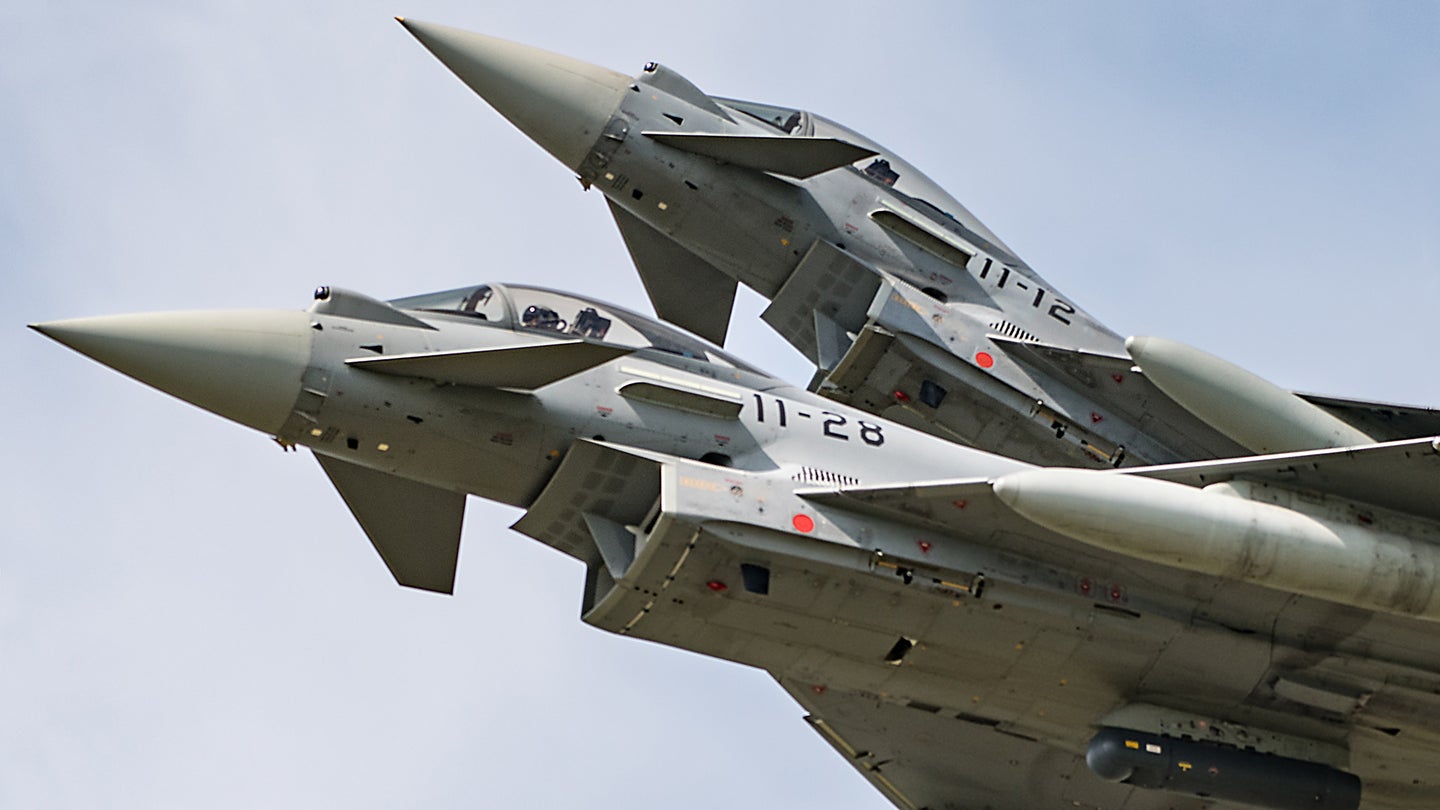 Our good friend and the big cheese over the Centre Of Aviation Photography, Rich Cooper, visited two of Europe's premier air combat drills in recent weeks, and as usual, he has some incredible photos to show for it.

"When No.1 Squadron ’Stingers’ announced they would open their doors to celebrate their 100th anniversary during their hosting of the Tactical Weapons Meet you knew it was going to be good opportunity for some great photos.

As well as the home team, with all of their vapor-pulling aplomb, the promise of Greek F-4s and Polish MiG-29s was enough to draw hordes of aviation enthusiasts from all over Europe. There was a lot of competition for places by the fence line, with rows of step ladders threatening to wreak havoc. But it wasn’t too bad in the end. People got there three to four hours before the opening to ensure a space at the front, but you could duck and dive in-between. In fact, it was actually pretty relaxing not to stress about it and just enjoy it all, take it all in, and soak up the air power. The low-passes and touch and goes were such a welcome treat.

Oh and did I mention there were Phantoms?!"

There are few international air combat exercises as colorful or steeped in history as the annual NATO Tiger Meet. Every year since 1961, aircraft from around NATO flock to a "Tiger Squadron" host base, with some of the aircraft wearing extremely elaborate paint jobs—always tiger striped or tiger influenced—that are applied just for the exercise.

This year's gathering occurred at the same time as the Tactical Weapons Meet, from June 5th to June 16th, and during that time, F-16, F/A-18, EF2000, JAS-39, and Rafale fighter crews participated in a spate of aerial warfare scenarios.

These included large force employment (LFE) missions where allied aircraft have to take on other aircraft acting as "red air" aggressors in order to strike their targets in simulated enemy airspace. Often times these missions will include dozens of aircraft airborne at one time and each side will have to execute a complex "game plan" to achieve common goals. Airborne early warning and control aircraft, tankers, as well as adversary jamming aircraft will often partake in these missions as well. Simulated ground based threats can also be a factor.

"Some nations had left by the time the second week of the exercise came around, but it was still pretty impressive to have that much of a concentration of European airpower at one place at one time, especially when there were other exercises taking place in Europe at the time.

I heard that some of the missions were so complex that they started the briefing process one to two days in advance!

I remember standing in the middle of the flight line as jet after jet started and just thinking 'this is awesome.' The Rafales in particular sound like dinosaurs screaming and howling their way to life as they spin up.

A big part of aviation that I love is the interaction of man and machine together. I mean before those pilots and crews came out, the aircraft are just lumps of metal, incapable of anything. But as soon as a human pushes a few buttons and taps a few screens, it’s one of the most incredible inventions on the planet. During the start and launch phase, it’s also fascinating to me to see the different ways in which various nations operate. The different start procedures, the different protocol and crew interaction. It’s definitely something I try to capture in my images.

If you worked hard you could get some great images. Most chose to shoot solely by the runway mid-point for take-off but it was not a great position due to long grass and a lot of heat haze, not mention everyone would get very similar images.

I mean to have a dozen Rafales in front of you on a flight line is just golden. You could work with the light or against it and, if you put in the leg work, you could really exploit that.

The interaction between the crews and the enthusiast fraternity is always special at Tiger Meet, and this was certainly the case at Landivisiau. Still, the exercise seemed a bit smaller than usual, maybe because the Germans and the Spanish left after week one, but it was still a fantastic concentration of European fast jet airpower.

And how sexy are Rafales? What a jet! To see that Landivisiau flight line full of those purposeful curves, both on hunkered down Armee de l’Air and standing-poud Marine Nationale versions, it was very impressive.

I am not a massive fan of special schemes, so I went out there to shoot as many ‘operational-looking’ images as I could. A special scheme immediately dates an image, and sometimes that works, but it wasn’t my focus for this shoot. But then again, who can complain about a white tiger striped Rafale right?!"

A huge thanks to Rich Cooper for sharing his great shots and his recollections with us. If you have any interest in getting involved in aviation photography, which I highly recommend you do, Rich is the best instructor out there. He trots around the globe unleashing photo magic and he can get you into incredible places, filled with incredible aircraft, and you can let your creativity go wild from there. Make sure to check the Centre of Aviation Photography here, and like their Facebook page here. You won't be disappointed.