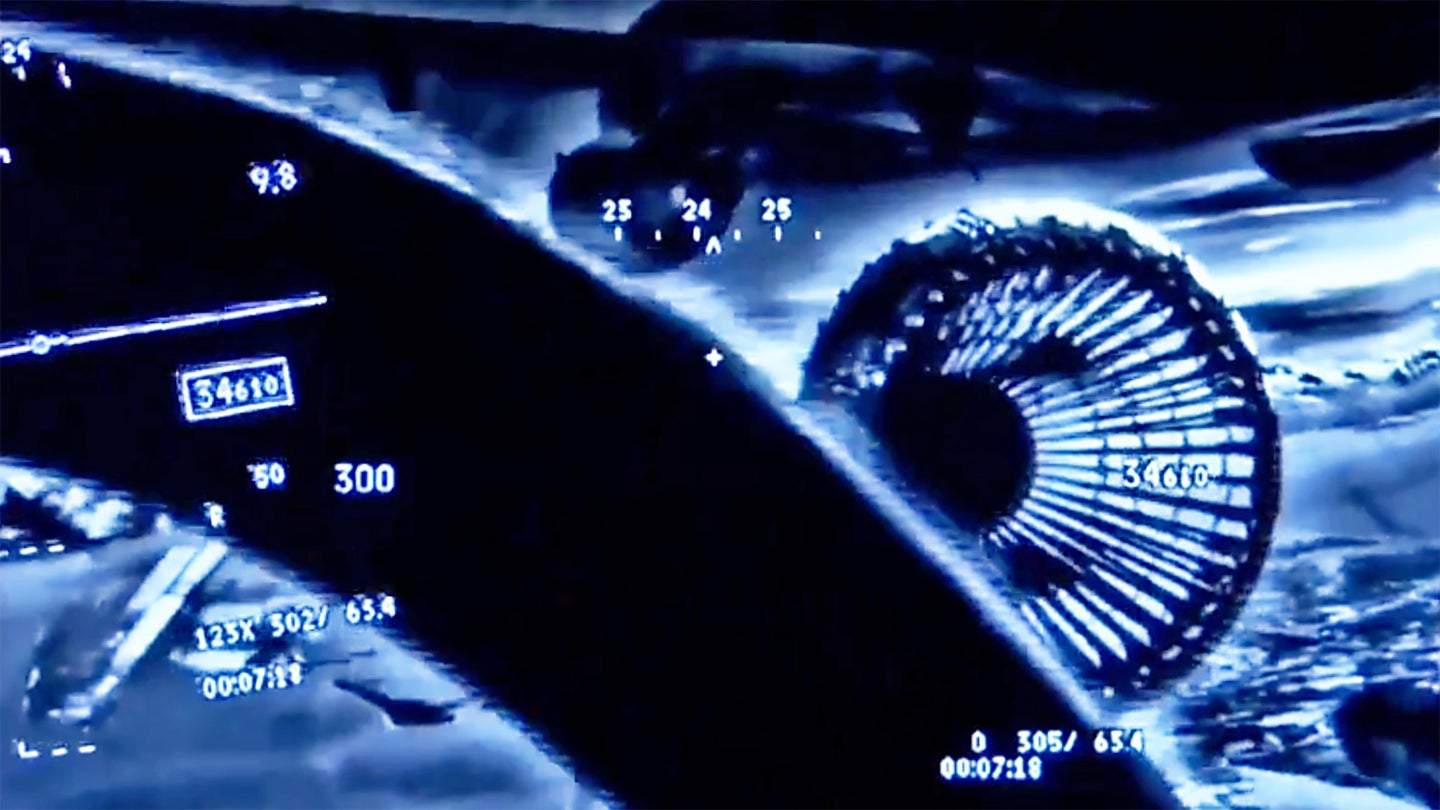 A video from Flight Test Safety Committee's conference early last May offers a fascinating insight into the F-35 test program. A talk put on by NAVAIR and presented by the F-35 Government Flight Test Director, Lt. Col. D. Tom Fields, goes into detail about a couple of challenges the program has faced over the last 12 months, and it's is presented in a totally frank and unafraid manner. The open tone of the address is downright refreshing considering the usual one-sided spin we get from the F-35 Program Office and its corporate partners.

In particular, two separate testing events are discussed during the talk:

During the presentation, never seen before nighttime video recorded by the aircraft's helmet mounted display (HMD) is shown. As we have discussed many times before, the F-35's helmet uses footage from the aircraft's Distributed Aperture System, as well as a camera mounted on the helmet itself, to seamlessly project a monochromatic picture of the environment around the pilot. In the videos we get a much better idea of what exactly the pilot sees at night while flying the F-35 and how they get to see it.

Not only does the Colonel's presentation give a clear picture of just a few of the intricacies of integrating the F-35B with "Gator Navy" flattops, but a display malfunction nearly caused disaster during one of the nighttime shipboard landing tests. Fields makes it clear: "We got real lucky that night."

We also get to see a weapons laden F-35B struggle to refuel behind a KC-135R, and eventually its refueling probe's tip gets snapped off in the tanker's "iron maiden" receptacle basket. The test's goal was to see if the F-35B could use its afterburner to go "higher, heavier, and slower" while refueling.

We also learn other interesting details from the presentation, like how the F-35's canopy bow perfectly blocks the pilot's line of sight with the refueling probe, so that the pilot has to move their head around to see it. We also get a full run down on the HMD's virtual heads up display (HUD) symbology.

Beyond those and other F-35 specific details, the video is just stuffed full of interesting tidbits of information that pertains to modern flight testing and aircraft operating envelope expansion trials.

You can watch the video in its entirety by clicking this link.

After watching this video, it's hard not feel that if the F-35 program would have just consistently published this type of information as the program advanced, for better or worse, it probably would have gone a long way to help—not hurt—the controversial aircraft's plight.

One of the major criticisms of the F-35 program has been the fog surrounding its delayed development. Massive swathes of issues would periodically emerge through leaks, congressional hearings, and watchdog or pentagon test and evaluation reports. At the same time, straight answers from the aircraft's manufacturer or the F-35 program office were seemingly few and far between. Instead, we got glitzy videos with idealized snippets of the jet in action and those involved with the program singing its praises, which seemed totally tone deaf, especially as the aircraft's development was clearly headed towards the edge of the abyss.

Being proactive instead of reactive, and as open and straight with the public as possible, when it comes to developmental issues and challenges would be a far better, or at least a more appreciated strategy going forward for the F-35 and other big-ticket defense programs that will follow it.

A major hat tip to our friend Stephen Trimble, the big cheese over at one of our favorite sites, Flightglobal.com's Americas bureau, for finding this video.