There are still serious questions about how the United States plans to respond diplomatically and militarily to North Korea’s successful demonstration of its Hwasong-14 intercontinental ballistic missile (ICBM) which could potentially carry a nuclear warhead. The first signal, however, was a combined show of force with the South Korean military.

Following North Korea’s missile test, on July 4, 2017, the U.S. Army and the Republic of Korea Army fired off their own ballistic missiles into the Sea of Japan. A brief official video clip of the exercise showed American and South Korean troops launching one Army Tactical Missile System (ATACMS) missile and one Hyunmoo-2A missile respectively from a beachfront site. The ATACMS – pronounced “attack-ums” – can carry a 500-pound warhead to targets approximately 186 miles away. Though the South Koreans are tight-lipped on its exact capabilities, the Hyunmoo-2A reportedly has similar specifications. The same wheeled launcher can also fire the longer-range -2B and -2C variants.

“Self-restraint, which is a choice, is all that separates armistice and war,” U.S. Army General Vincent Brooks, in charge of all American forces on the Korean Peninsula and head of the U.N. Command that has been in place since the Korean War, said in a written statement in both English and Hangul. “As this Alliance missile live fire shows, we are able to change our choice when so ordered by our Alliance national leaders. It would be a grave mistake for anyone to believe anything to the contrary.”

“Despite North Korea’s repeated provocation, the ROK-U.S. Alliance is maintaining patience and self-restraint,” Republic of Korea Army General Lee Sun-jin, the country’s Chairman of the Joint Chiefs of Staff, added in the joint statement. “As the combined live fire demonstrated, we may make resolute decisions any time, if the Alliance Commanders in Chief order. Whoever thinks differently is making a serious misjudgment.”

The United States and South Korea remain in a technical state of war with North Korea after an armistice ended major combat between the parties on the Korean Peninsula in 1953. The U.S. military continues to station more than 28,000 troops in South Korea and leads a shared command structure that would put it in overall command of all forces in the country, including South Korean troops, during an actual war. General Brook’s is also the commanding officer of this so-called Combined Forces Command.

In June 2015, the U.S. military and its South Korean counterparts transformed the U.S. Army’s 2nd Infantry Division headquarters into the lead element of the first-ever “Combined Division” with forces from both countries. This move was specifically done to further enhance the ability of both parties to work together in the event of a crisis, such as a North Korean attack. A number of South Korean troops already serve in American units as part of the Korean Augmentation to the U.S. Army (KATSUA) program and other exchanges. M270 Multiple Launch Rocket System (MLRS) self-propelled launchers from the 2nd’s 210th Field Artillery Brigade took part in the July 4 exercise. It is not clear whether or not the Hyunmoo-2A launchers are or were assigned to this partnered division.

It’s also unclear what, if any, impact the forceful demonstration had on the situation. According to North Korea's state media, after the test of the Hwasong-14, premier Kim Jong-un reportedly called it a “gift” to the “American bastards” and “as handsome as a good-looking boy and was well made,” before prodding his forces to “frequently send big and small 'gift packages' to the Yankees as ever so that they would not feel weary.” Since January 2017, the North Koreans have test fired at least a dozen ballistic and other missiles, including a number of heretofore unseen types such as the Hwasong-14.

As we have written about before at The War Zone

many times before, North Korea’s propaganda machine relies heavily on being able to cast America and its “puppet” allies in countries such as South Korea and Japan as the aggressors. It frames its ballistic missile and nuclear weapons programs as driven by the need to escape the “nuclear blackmail” of the U.S. military and assure the country gets equal treatment in any international negotiations. North Korean state-run news outlets routinely demand a halt to “provocative” American-led "war exercises" in South Korea, which they describe as simple test runs for attacks against the regime in Pyongyang.

Whether North Korea’s leadership actually believes any of this is true, the American and South Korean tit-for-tat display can only feed into this viewpoint. Its fair to question just how useful the exercise was in general, especially given that it only involved well-established, decades-old capabilities. Neither is in any way equivalent to the Hwasong-14. On top of that, the ATACMS missile itself is long out of production meaning that every one the Army launches, whether it be a full-up round or just a training version, is one less it could employ in future practice sessions, tests, and actual combat. The entire event seemed to be hastily arranged and with little consideration for how Pyongyang might exploit the optics of the demonstration or how it might look to other parties in the region more broadly.

Of course, General Brooks’ and General Lee’s use of the phrase “self-restraint” in their statements was clearly chosen to try and counter these arguments and differentiate American and South Korean actions from those of the North. Unfortunately, this may be increasingly difficult to square with the hard line rhetoric coming from U.S. President Donald Trump and his administration.

“The era of strategic patience with the North Korean regime has failed,” Trump said during joint statements with South Korea’s President Moon Jae-in on June 30, 2017. “And, frankly, that patience is over.” This was a rephrasing of a similar talking point Vice President Mike Pence had first used two months earlier during a visit to South Korea.

“Global action is required to stop a global threat,” Secretary of State Rex Tillerson then said in a statement after the ICBM test on July 4. “Any country that hosts North Korean guest workers, provides any economic or military benefits, or fails to fully implement UN Security Council resolutions is aiding and abetting a dangerous regime. All nations should publicly demonstrate to North Korea that there are consequences to their pursuit of nuclear weapons.”

The United States subsequently called for an emergency meeting of the U.N. Security Council, undoubtedly to discuss a stern response to North Korea’s actions. But as the War Zone’s own Tyler Rogoway has already pointed out, American diplomats may find some of the other members, notably Russia and China, unreceptive. Authorities in Moscow and Beijing have proposed a “de-escalation plan” that would see North Korea abandon any nuclear or missile tests in exchange for South Korea and the United States halting military exercises on the Peninsula.

These are terms neither side is likely to accept given their respective domestic political climates. One good indication of this was The Wall Street Journal’s editorial board releasing a statement after the Hwasong-14 test effectively calling for regime change in Pyongyang, describing it as the only acceptable course of action left. It seems hard to imagine that Trump or his administration would be in a conciliatory mood after months of statements admonishing North Korea, Russia, and China over the situation. Before his inauguration, Trump famously took to Twitter to declare that under his leadership North Korea wouldn’t be able to develop or build a nuclear-capable weapon that could reach the United States. On July 5, 2017, he castigated Chinese officials on social media for increased trade with North Korea, implying they had an inability or unwillingness to reign in Kim Jong-un’s actions.

Of course, as we have already seen, the increased rhetoric has not necessarily translated into dramatic changes in American policy. Though the missile exercise is uncommon, after past North Korean missile and nuclear weapons tests, the U.S. military has sent long-range heavy bombers, including the iconic B-52 Stratofortress and stealth B-2 Spirit, on fly-overs of South Korea  and had carrier battle groups and ballistic missile submarines sail nearby, all to show both countries’ resolve. At the end of June 2017, South Korea also test fired its latest Hyunmoo-2C missile, which can reach targets anywhere in North Korea. The U.S. Army is working on its own all-new tactical ballistic missile to finally replace the ATACMS.

The Pentagon has tried to downplay the significant of the North Korean achievement and its potential threat, as well. "We've still not seen a number of things that would indicate a full-up threat," U.S. Navy Captain Jeff Davis, a Pentagon spokesman, said on July 5, 2017, adding that the danger from the Hwasong-14 was "limited. "We do have confidence [in our ballistic missile defense capabilities]," he continued. Earlier in 2017, the United States began the long-planned deployment of Terminal High Altitude Air Defense (THAAD) interceptors and the associated AN/TPY-2 long-range radar to South Korea.

Still, “we must never forget that Korea is not at peace, and Eighth Army remains prepared to ‘Fight Tonight’ – daily,” the official website of the Eighth U.S. Army, situated in South Korea, had declared well before the Hwasong-14 lifted off. Other U.S. military elements on the Korean Peninsula have similar mission statements.

Given that a new war would be almost certainly disastrous for both the North and South, as well as the region as a whole, we can only hope that neither side will decide to put these preparations to the test. 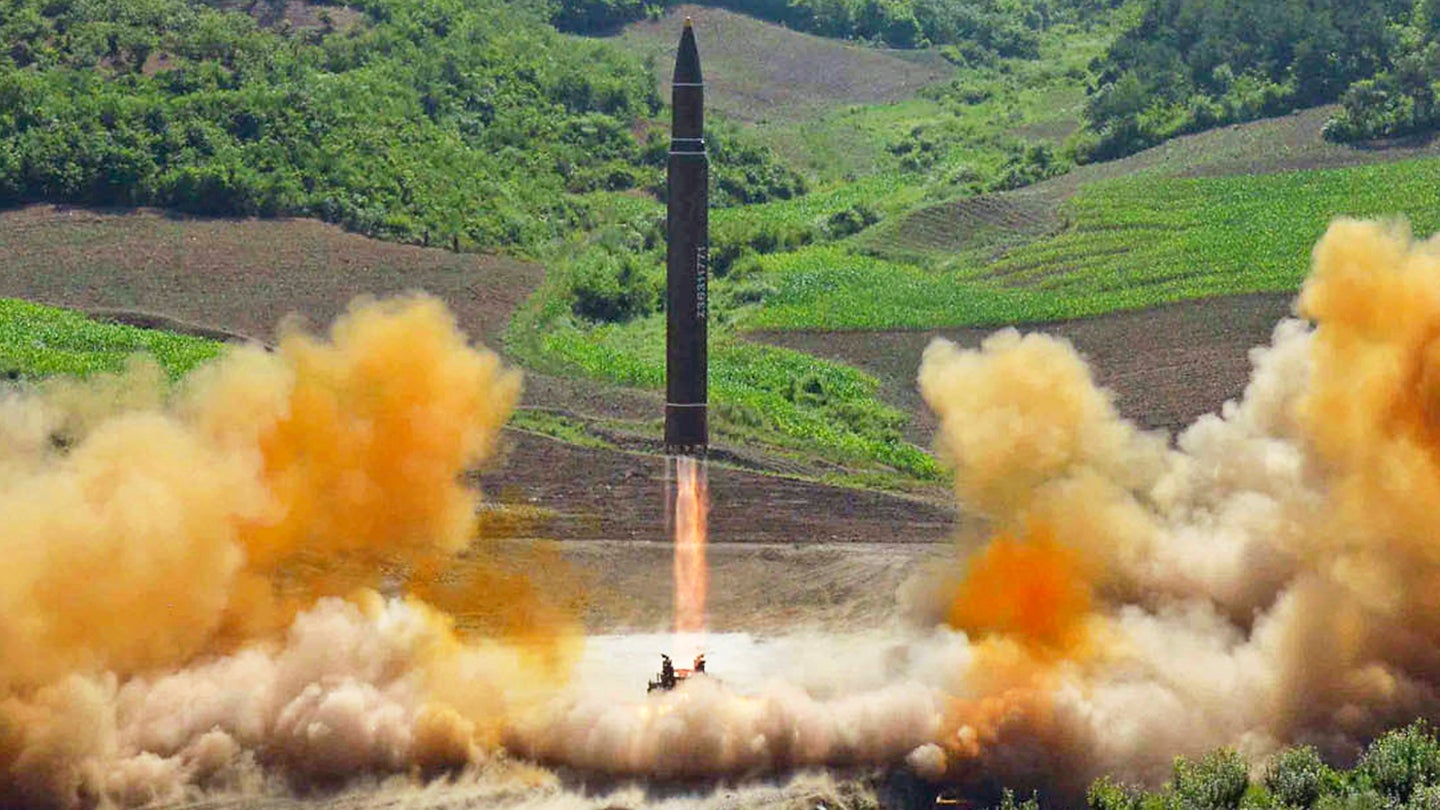 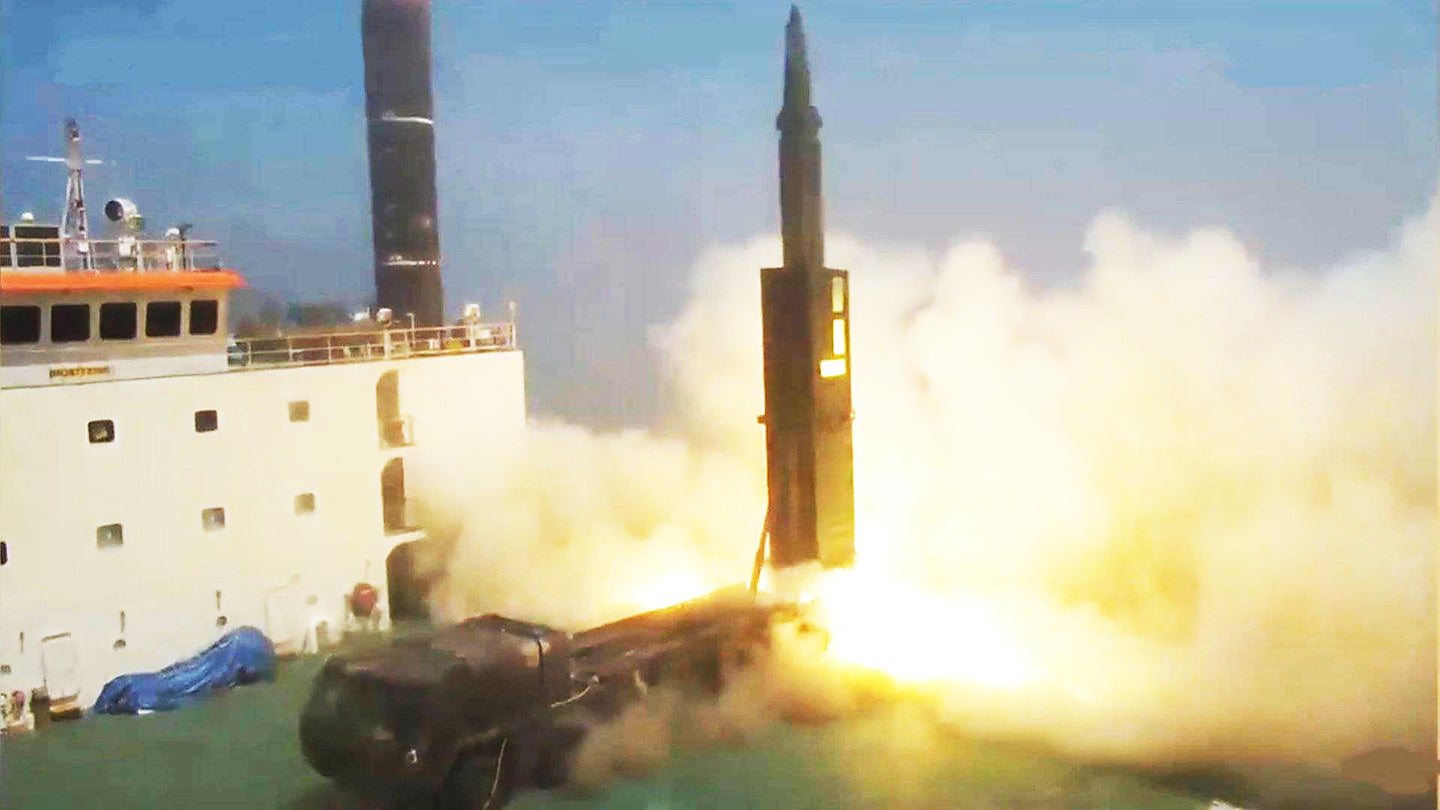 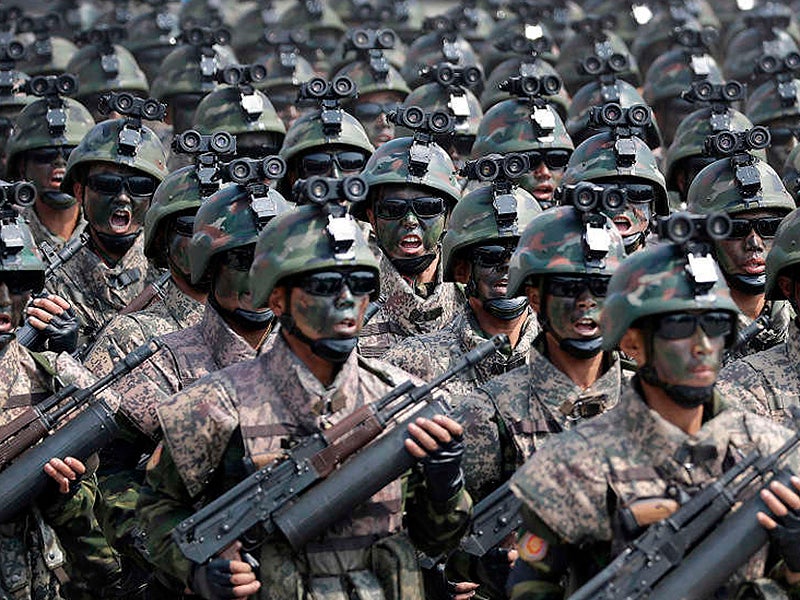 As Tensions Simmer, CIA Says It Will Spy Even Harder on Pyongyang