On June 21, 2017, a U.S. Air Force RQ-4 Global Hawk crashed near Mt. Whitney, which lies on the boundary between Sequoia National Park and the Inyo National Forest in California. It’s rugged, heavily forested terrain, and now the service wants someone to go in there and recover parts of the drone.

On June 30, 2017, the Air Force Test Center (AFTC) at Edwards Air Force Base in California announced via the Federal government’s main contracting website it wanted to hire a team with at least one heavy lift helicopter for “unmanned aerial vehicle parts retrieval” related to the mishap. The massive pilotless surveillance aircraft was en route to Edwards from Beale Air Force Base, situated more than 350 miles to the northwest, when it went down. Details about the cause of the accident remain sparse after more than a week.

“Parts of the aircraft are spread-out (refer to grid coordinates),” the contract’s statement of work explained. “Environmental operating conditions will be defined by weather conditions, fire conditions, terrain, and health of personnel before, during, and after the detail.”

Censors redacted the grid coordinates, as well as possible locations for the contractor to establish a base camp and photographs of the crash site. There is no description of exactly what parts the Air Force specifically wants them to extract or if they simply intend to recover as much as possible. With less than 50 Global Hawks in total, and after investing in $10 billion in the program overall, anything recoverable has an inherent value.

Depending on what the aircraft was doing at Edwards for the AFTC, it could also have been carrying modified or unique equipment. Earlier in 2017, the service had begun testing the MS-177 multi-spectral camera on at least one Global Hawk. The Air Force has long been interested in expanding the aircraft’s sensor package in general.

“The aircraft also has an optical lens which is impregnated with thorium to enhance optical properties (similar to many commercial optics),” the contract document added. “Thorium is a radioactive material and decays through alpha emission. … If the lens has been burned or it has been melted the potential for alpha radiation exposure is higher.” There are also warnings that moving the wreckage might chuck fiberglass particles into the air, cause fuel spills or disturb broken nickel cadmium batteries, all of which could be environmental hazards.

“All wreckage, including any contained hazardous substances shall be moved to a nearby government designated landing zone, while taking measures to minimize any additional releases to the environment,” a revised notice the Air Force published on July 2, 2017, noted. “Contractor shall record and report to a designated government point of contact the location on any evidence of environmental impacts encountered at the wreckage sites.”

Whatever the Air Force actually wants from the crash site, it’s big enough that their preference would be to hire someone with a Sikorsky S-64 Skycrane, also known by its U.S. military designation as the CH-54. With less than 150 S-64s ever made, most during the 1960s, there are only a few operators of this type left anywhere in the world. In 1992, longtime Skycrane operator Erickson Air Crane, now called Erickson, Inc., purchased the rights to the design and upgraded a number of aircraft. Siller Helicopters has at least another four models of various types. Howeer, able to lift oversized loads up to 20,000 pounds under the right conditions, it would be a perfect choice for this situation.

The Air Force says it’s also willing to consider companies flying other heavy lift types, especially Sikorsky models “S-61 through S-65.” They likely only mean the S-61 and the S-65 though, since the S-62 would be far too small for the job and the S-63 never made it into production. Various firms operate the S-61 for passenger and cargo hauling duties, but there are no civilian operators of the S-65, the model number for the early models of Sikorsky’s CH-53 family. The Boeing CH-47 Chinook and its civilian version, such as the heavy-duty Model 234UT, might be suitable depending on the exact situation.

Whoever they hire, the Air Force wants them to get started quickly. Part of that no doubt has to do with the aforementioned “fire conditions.”  It’s the season and there are already a number of individual forest fires burning in California. The contract notice points out there are two going relatively close to the crash site. These could destroy the wreckage as easily as they could houses and other property. Coupled with high pressure weather on the mountain that might cause turbulence and other unsafe conditions for helicopters, this job could turn out to be pretty dangerous.

Whatever happens, it’s clear the Air Force wants to get some of all of the drone out of the forest as soon as possible. 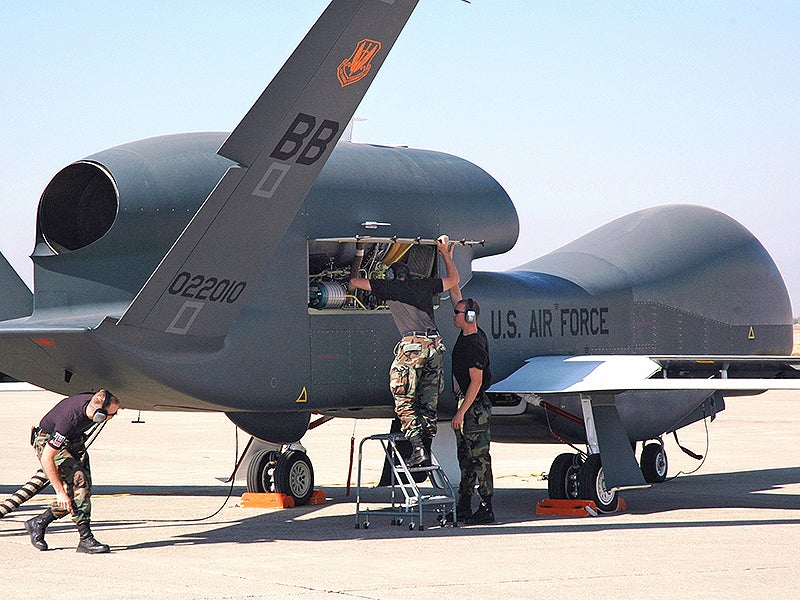 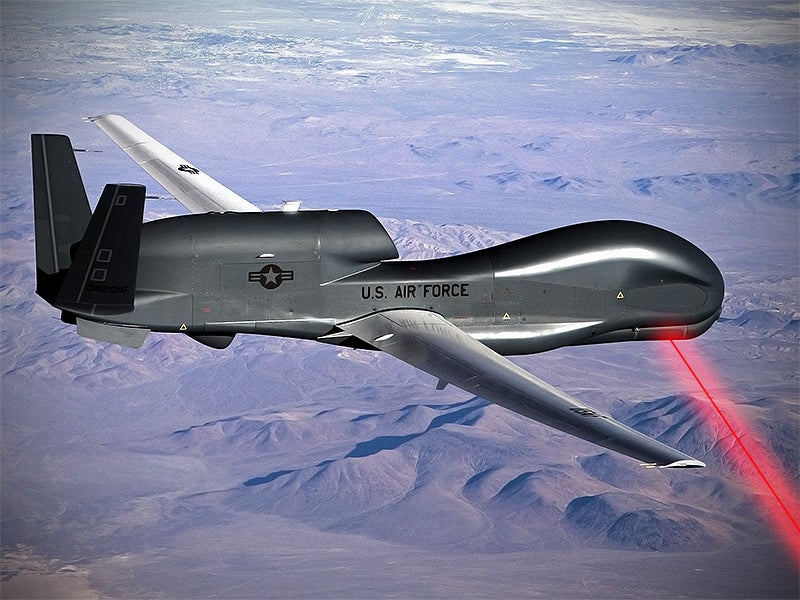 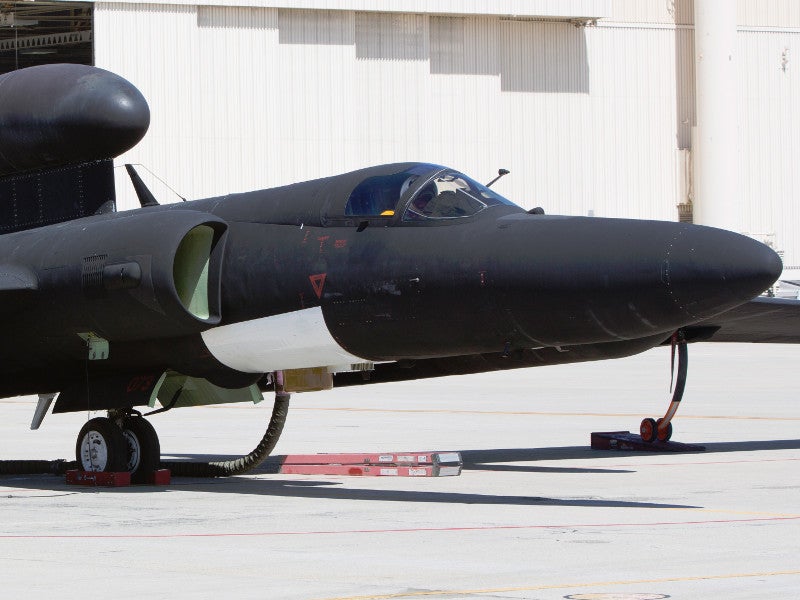