The E-4Bs' tails were sticking out of their hangars when the tornado struck. 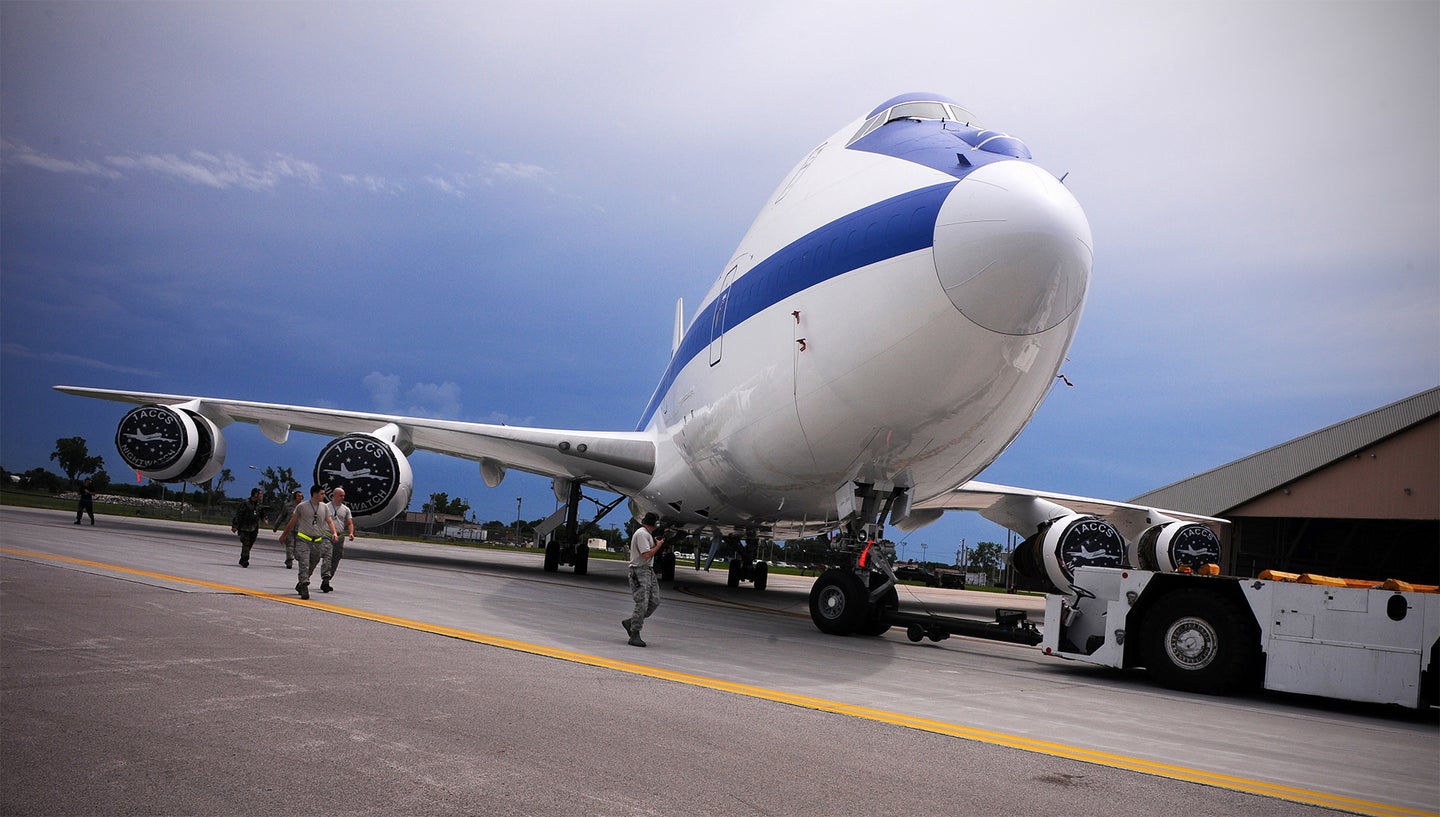