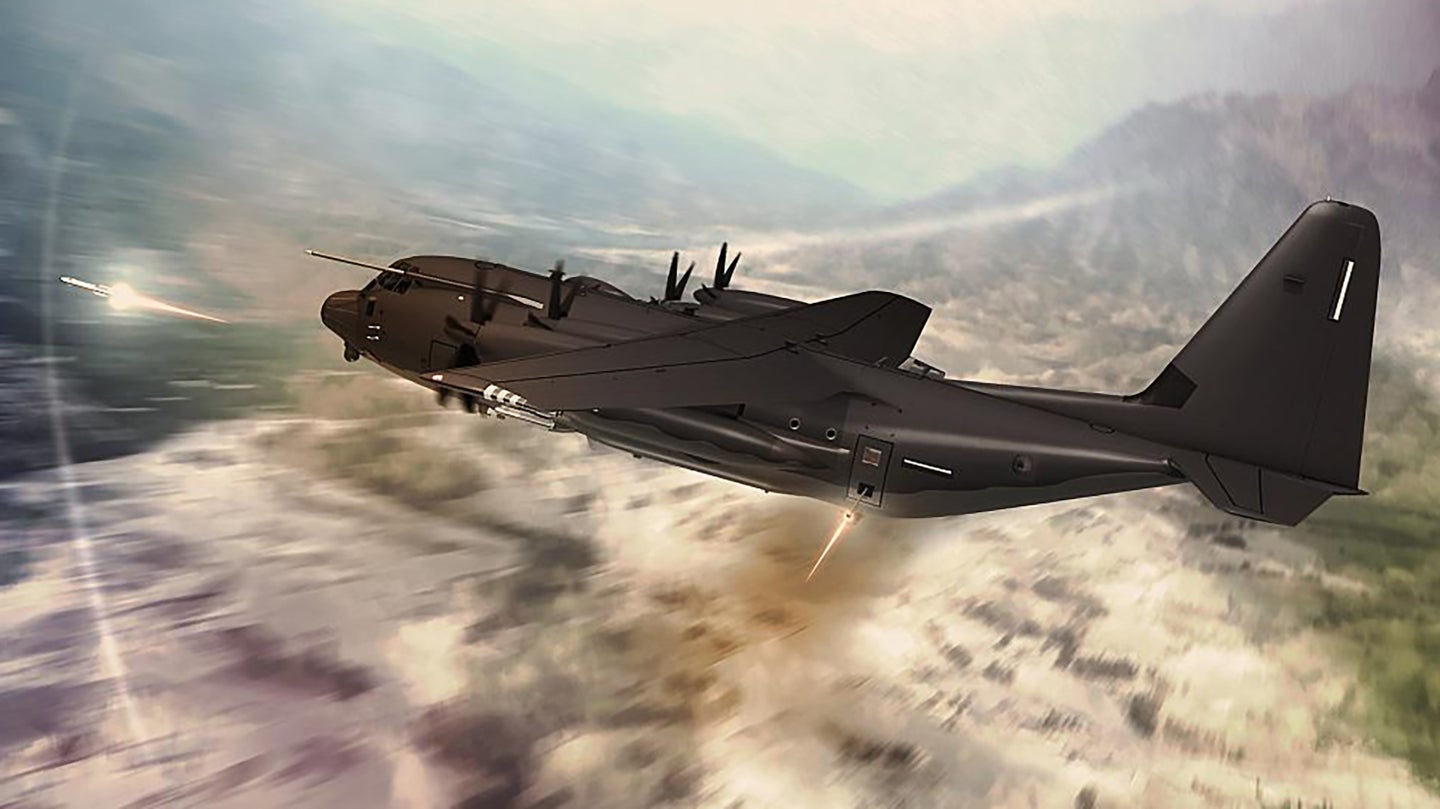 The C-130's legacy as the do everything air hauler is well cemented into the annals of aviation and military history. But over 60 years after it first flew, the iconic design just keeps getting better. Today it's all about multirole platforms, where one aircraft can execute many different missions. For much of its life, the USAF has fielded tricked-out special operations variants of the mighty Hercules, and in recent years, bolt-on systems have given the most mild-mannered Hercules incredible new capabilities—from surveillance to close air support. Now Lockheed is rolling all the modular versatility it can into a single exportable special operations configured Hercules model, dubbed the C-130J-SOF.

The idea behind the new variant is to build in many of the special operations qualities that have been honed over decades of primarily American spec ops C-130 operations and production, into a single design that can be exported to friendly air arms around the globe. These include not only elements of special operations tanker, transport, and combat search and rescue Hercules, but also some aspects of the AC-130 gunship and the USMC's "Harvest Hawk" modular kit that turns their KC-130Js into missile slinging and sensor wielding light air support and reconnaissance aircraft.

Lockheed says the C-130J-SOF alone can execute airdrop, resupply, combat search and rescue and infiltration and exfiltration missions. In addition, it can act as a tanker for other aircraft in the air and on the ground, and also execute psychological and humanitarian relief operations. The new variant can also work as an airborne sensor platform, providing intelligence, surveillance and reconnaissance of many types. Being able to work as a tactical airborne command post is also a given. The icing on the cake though is the C-130J-SOF's ability to turn into an airborne death machine by strapping on a 30mm to its rear-paratrooper door, as well as Hellfire and other missiles to its wing pylons. So basically it can be converted into a gunship for armed overwatch, armed reconnaissance and close air support missions.

In the past, separate aircraft were required to do many of these missions, and although third party roll-on, roll-off and bolt-on systems exist for turning a C-130 into everything from an electronic warfare and communications relay platform to a refueling aircraft, they weren't all integrated by the OEM into such a tight and comprehensive package. Also, by buying such a versatile machine from the manufacturer, systems and weapons integration costs that would have crushed smaller air force's budgets can be avoided.

This is really the "Leatherman multitool" of combat aircraft if there ever were one.

The C-130J-SOF will likely have a wide array of extra options, like the latest in defensive countermeasures, satellite and line-of-sight communications, as well as specialized sensors, like multiple forward looking infrared (FLIR) systems and terrain following radar. Also a night vision compatible cockpit, and additional armor will likely be fitted, not to mention enhanced power generation capabilities needed to run all the aircraft's extra electricity-hungry subsystems.

Lockheed expects to produce between 100 and 200 of these variants for allied countries around the globe, with a price starting at about $80 million—roughly ten million more than the C-130J's "base model" price tag. That is a lot of highly relevant capability and versatility that can be had for the price of a single modern strike fighter. Lockheed told reporters the aircraft could be delivered in as soon as 36 months.

At its core, the aircraft will be able to accomplish mundane transport duties and bring hose and drogue aerial refueling capability to countries that don't have it in their weapons portfolio today, as well as all its other capabilities. For wealthier nations that are F-35 customers or are potential F-35 customers in the future, the C-130J-SOF could be the perfect pairing with the stealth fighter. Forward operations from austere locations is becoming a key tenet of America's stealth fighter playbook, and those operations will depend on the "fat cow" like forward-arming and refueling point capabilities of special ops C-130s or Marine KC-130s.

By purchasing F-35s along with a handful of C-130J-SOFs, a country can drastically increase their tactical unpredictability, and in some cases the survivability of some of their most expensive air combat assets. Above all else, they can extend the reach of their new stealth fighters. The F-35Bs in particular is very well suited for this type of mission set and could also use the Hercules as an aerial tanker. But either F-35 version can operate with this new Hercules derivative jointly for special operations and pilot recovery missions.

For countries in the Middle East and Asia, the ability to convert the aircraft into a precision fire and surveillance support platform makes it a very attractive tool for confronting everything from border security issues, to anti-terrorism operations, to keeping enemy swarming small boats at bay. Even NATO countries are looking for just this type of solution, but cannot justify buying highly expensive and purpose-built AC-130 gunships. France in particular seems to be in the market for such a weapon system.