Peek Around Inside The Navy's Stealth Destroyer By Watching This Video

The Zumwalt's interior spaces are remarkably uncluttered and spacious for a Navy surface combatant. 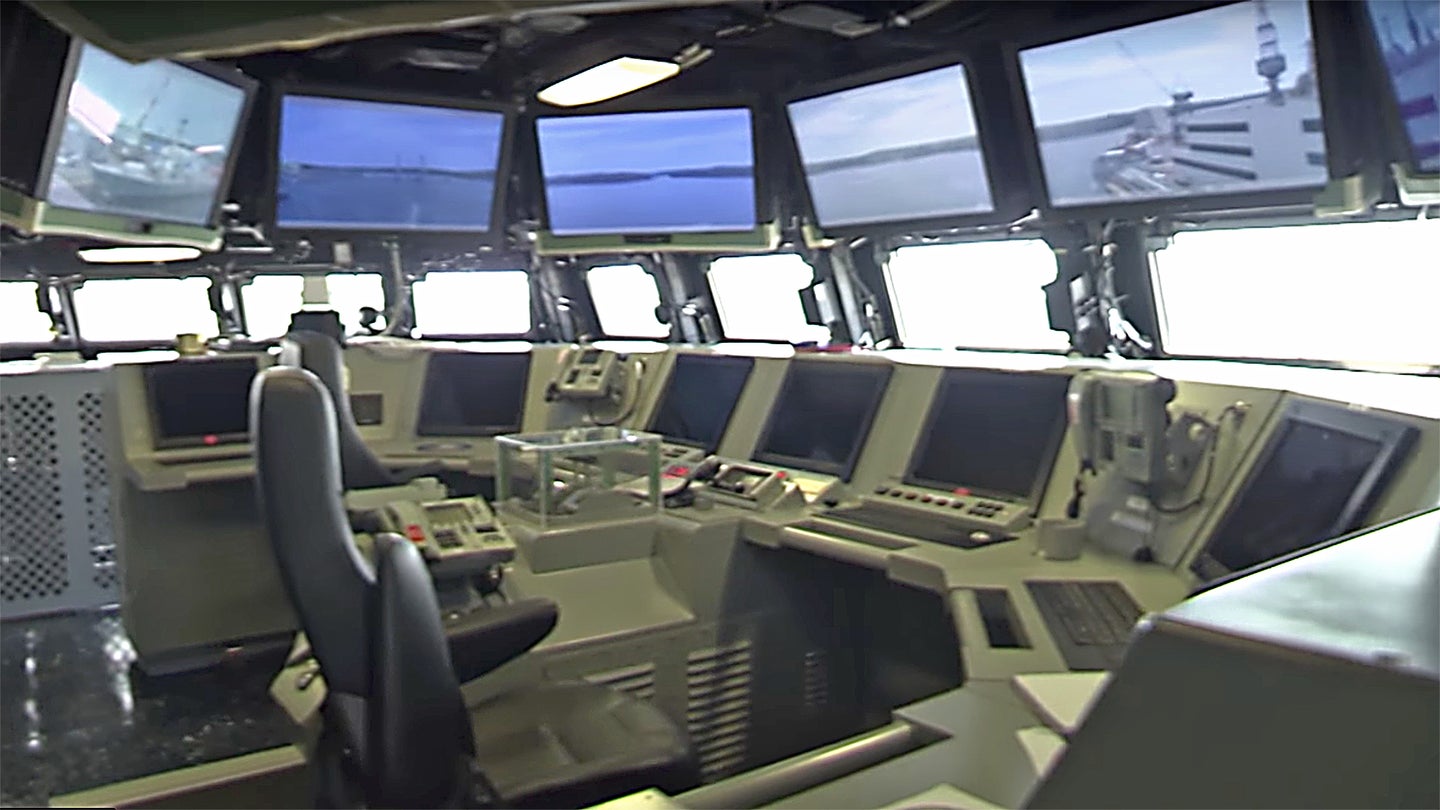 The USS Zumwalt (DDG-1000) is a controversial beast to say the least. From the class's depressingly stripped down capabilities to its ammoless deck guns and tiny production run of just three ships, the glitz of their futuristic exteriors doesn't match the commitment the Navy has to their success. Still, the Zumwalt class has enjoyed a lot of fanfare in the press, and we have seen some still images of her interior spaces, but not a lot of quality video showing the inside of the ship exists, until now.

Nobody can deny that the Zumwalt's design isn't fresh and its less glamorous bits are really its most impressive features, like the ship's ability to generate huge amounts of electricity and its total ship computing environment. But beyond all of this, it's still a ship with sailors living and working aboard for long periods of time. This little video offers us landlubbers a tour of some of her interior spaces and gives us an idea of what it's like to serve aboard the futuristic vessel.

What is not shown in the video, and has yet to be in any public form, is the ship's most impressive interior space of all—its war room like "Mission Center." Looking more like a multi-story Combined Air Operations Center, or something out of a NORAD command bunker than a ship's combat information center, this cavernous space will serve as the ship's nerve center. It will pull in information from all of the vessel's sensors, as well as from those around the battlespace and high above orbiting the earth in space, into one "common picture." From this massive rush of streaming and fused information, commanders will be able to direct the ship's weapons systems and sensors. They will also be able to track and avoid the enemy and their own sensor capabilities. The ship can even be steered from the Mission Center and its engineering systems controlled. You can read all about this fascinating feature in one of my past features linked here.

Like Picard's Enterprise, Common Display Stations are scattered all throughout the ship. Depending on your access level, you can control any part of the ship from them. Considering the Zumwalt's highly reduced crew of around 140—less than half the size of the crews found on smaller Arleigh Burke class destroyers—the high level of automation and improved man-machine interfaces are necessary technological improvements. Still, a smaller crew means that sailors have to wear multiple hats, and fire fighting and damage control could be a major challenge if the ship were struck by enemy fire.

Overall the USS Zumwalt looks like an awesome ship to serve on, and if the Navy were smart, she would represent what's to come in the near future, and not just a downgraded, downsized experiment.