The F-35 is getting slammed hard once again, this time due to the sudden grounding of 55 of the stealth jets based at Luke AFB following a series of in-flight life support issues. These issues included bouts of hypoxia and other incidents that made it hard for pilots to breathe. The truth of the matter is that the F-35—still a relatively new weapons system that remains deep in testing regardless of how the USAF portrays its status—is the least flagrant offender when it comes to operational aircraft that manifest these anomalies. But the fact that the prized jet is now impacted by these issues means there is a far better likelihood that other older aircraft that have been plagued by similar problems for years will finally be fixed.

Other key fast-jet platforms that have been in service for decades and are considered known commodities, including many of the Navy's Hornet series of fighters, are rife with issues related to the their environmental control systems, and most notably, their onboard oxygen generation system (OBOGS). Maybe most concerning, the Navy's T-45 Goshawk jet trainer, first introduced over 25 years ago, suddenly fell victim to these issues early last April. The aircraft is an essential tool used to produce a steady steam of new pilots for the Navy and Marine Corps. After instructor pilots refused to fly, the Goshawk fleet has been largely grounded, with instructors only cleared to fly around below a miserable 5,000 feet.

During a June 12th House Armed Services Committee hearing, the T-45's woes came up and Navy officials said that they were looking at long-term options to move forward with pilot production without the T-45C, including pushing some training—including carrier qualifications—off to fleet readiness squadrons (FRS). These units serve primarily to train naval aviators in their assigned fleet aircraft to the point that they are ready to head to a operational squadron. But considering that there is already a serious strike-fighter jet shortage, and upwards of roughly 70 percent of legacy Hornets are not ready for flight at any given time, this is not a solution that is easy for the Navy to swallow.

Such a plan also introduces much higher risk and general inefficiency into the Navy and Marine Corps pilot training pipeline, as pilots would be assigned a front-line aircraft before their performance around the aircraft carrier could be observed. Also, pushing intermediate training into the FRS is a much more expensive endeavor than executing similar training in a jet trainer, like the T-45. This could also result in shockwaves being sent throughout other aspects of the Navy's flight training infrastructure.

Navy officials even mentioned to the HASC that they are looking at approaching the USAF to see if they could take over some of the fast jet training for the Navy and the USMC until the T-45's issues can be remedied. They also noted that they have not informed the USAF of their intentions as of yet. Additionally, no formal plans or schedules for flight testing to work on fixes for the T-45 have been delivered to Congress, something that was expected to have been provided some days ago. It also isn't clear as to how big of impact this issue could have on the fleet if it continues for months.

The Hornet community has been experiencing an increasing number of near deadly environmental controls related "incidents" for years now, and the Navy, which has said they are doing all they can since the issues became headlines, really hasn't seem to be following through as claimed. Weapon System Officer in the Hornet and Radar Intercept Officer in the Tomcat, Commander Joe "Smokin" Ruzicka, wrote the following in a guest commentary for The War Zone last April:

According to testimony from Navy leaders to Congress this week, "Since May 1, 2010, all models of the F-18 show steady, yearly increases in the number of physiological episodes." The Navy has investigated 382 cases of physiological episodes induced from the F/A-18 system. Investigators have determined failures occur in two main categories: breathing contaminated air and loss of cabin pressurization. According to the Navy, 130 incidents involved some form of oxygen contamination while 114 involved a failure of the jet's system that maintains cabin pressure... Today’s fleet naval aviators appear to be getting a good old fashioned run around as no current solution for repairing OBOGS currently exists. Vice Admiral Mike Shoemaker admits that the oxygen issues are “the number one safety priority." But he also admits there is “no smoking gun” they can find to solve the problem. With a problem that has been going on for greater than seven years and shows no signs of slowing down, one would think there was at least some concerted effort to indicate what is causing the problem with OBOGS.

Now the problem is getting worse not better, and spreading to other fleets like some sort of high-tech infectious disease. It's a bizarre situation to say the least, but it is also becoming a dire one.

The F-35A's environmental systems issues, which are centered around five separate incidents, occurring between May 2nd to June 8th, where hypoxia or oxygen deprivation were present, now appear to be more extreme than originally thought. The incidents came to the public's attention late last week when the grounding of all of Luke AFB's 55 strong F-35A fleet was suddenly announced. The grounding was supposed to be lifted Monday but it was extended indefinitely instead, putting the key training base out of F-35 flying action. In all five events, the F-35A's backup liquid oxygen system worked as planned and the pilots were able to land safely.

Now Lockheed and the F-35 program overall are facing the potential reality that this problem could lead to a much wider grounding. There have been roughly 220 F-35s produced, and the idea that the problem is just contained to one base or batch of aircraft would contradict the nature of the issues the Hornet and Goshawk fleets have experienced.

With the F-35 program riding high on a series of recent high-profile deployments overseas, and the first forward basing of American F-35Bs in Japan, not to mention the jet's upcoming and long-awaited visit to the Paris Airshow, having to ground the entire fleet would be a major setback and a public relations nightmare. A similar situation occurred after the F-35 experienced a catastrophic engine fire in 2014. This ended up being widely considered a low-point for the program overall.

Even worse, it would push the chronically delayed testing and development program back even more, and add to a development budget that is already in need of yet another extra infusion of cash. It would also put into question the reliability of the aircraft, even after 95,000 hours have been flown across the fleet over the last ten years, and especially for foreign buyers, many of which will have no other fighter aircraft type in their air force once their F-35s are delivered.

Although this situation looks bleak, some serious good could come out of the F-35's latest issue. Now that the prized jet for which the Air Force has bet so heavily on has also fallen victim to similar oxygen deprivation anomalies as those found in the T-45 and the Hornet, the Air Force is being pulled into the OBOGS mystery muck. Also, Lockheed's largest weapons program—the largest ever by any weapons manufacturer actually—is being put at risk with this issue. As a result, the resources of both the Navy and the Air Force, as well as both Boeing and Lockheed Martin, can be focused at actually solving this issue, or at least putting in place robust engineering changes so that OBOGS can be sidelined altogether until a fix to the system can be fully realized. International operators of similar aircraft or aircraft that use a similar OBOGS system, should also be engaged in the investigation whether they are experiencing these issues or not. If anything else, their operational data may be crucial in finding a solution for the problem.

This massive cross-service, cross-platform, cross-manufacturer, cross-government combined initiative could get OBOGS fixed once and for all, and in doing so it will likely save lives. Up until now, after hundreds of incidents, the Defense Department has gotten incredibly lucky by not losing crews as a result of its fighter aircraft environment system woes. It is only a matter of time before that statistic changes for the worse.

In the end, whether a solution means going back to liquid oxygen or totally replacing the OBOGS systems already fitted in various types of jet aircraft, there is a far better chance of a solution now that the F-35 program is put at risk by the issue than there was before. 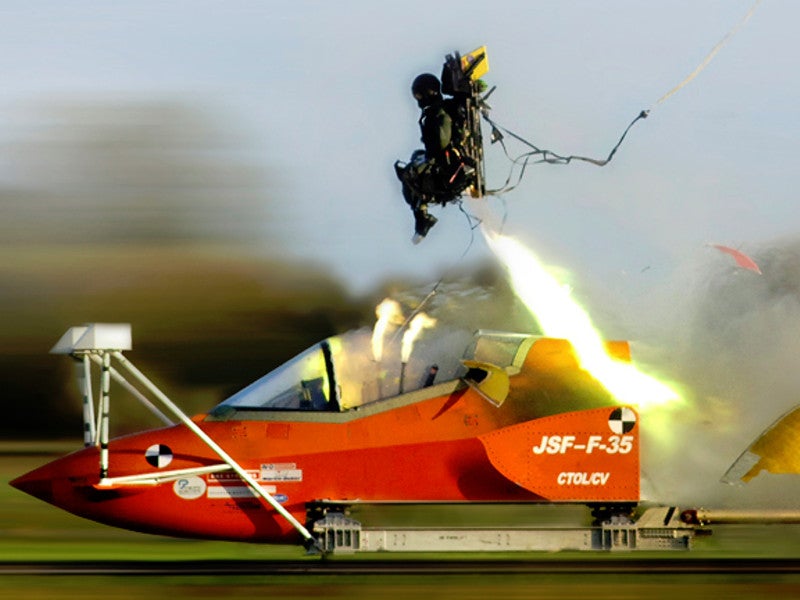 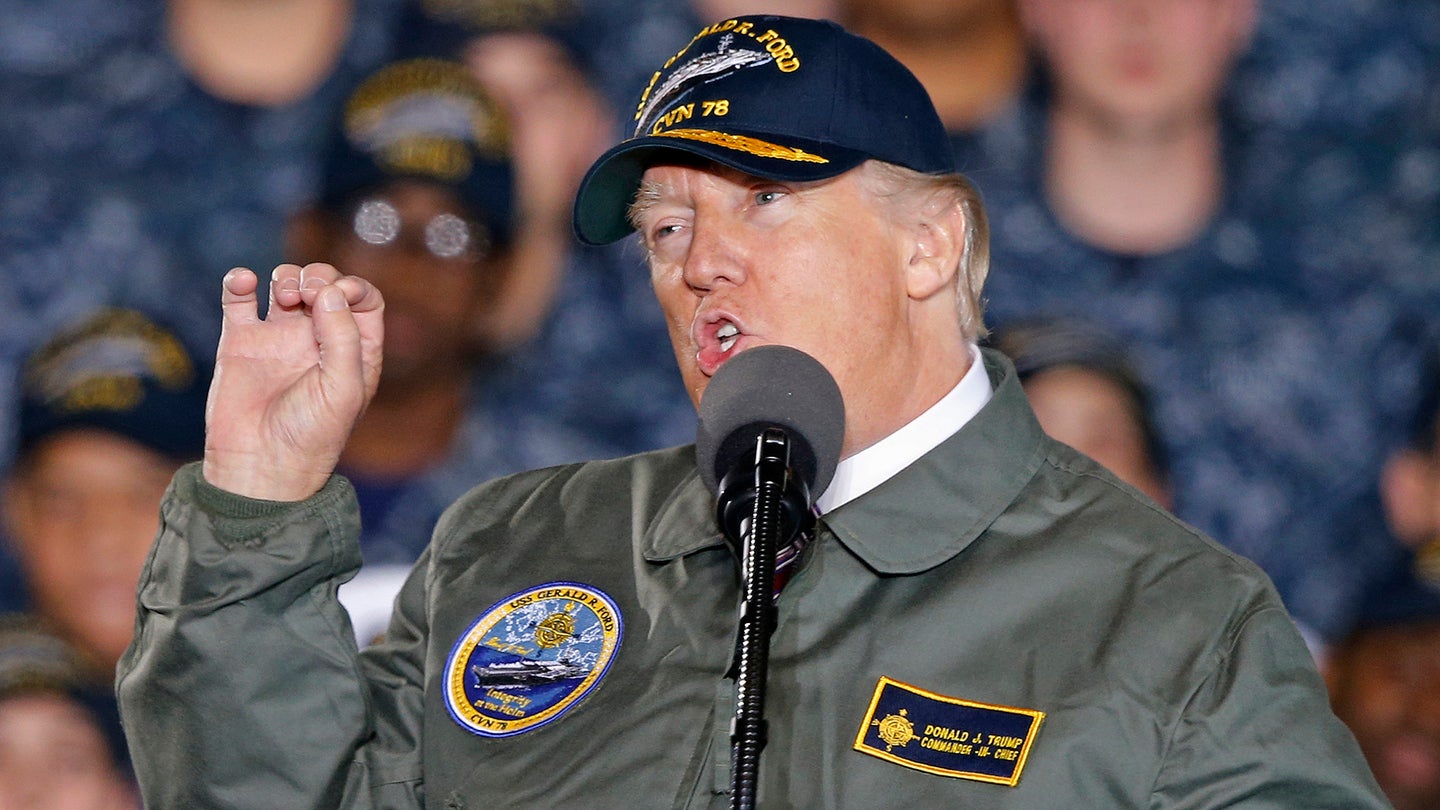 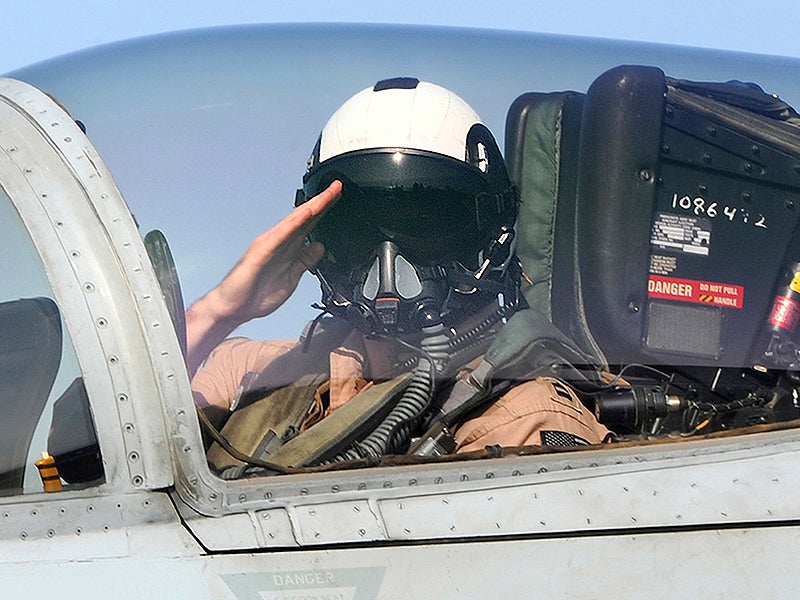