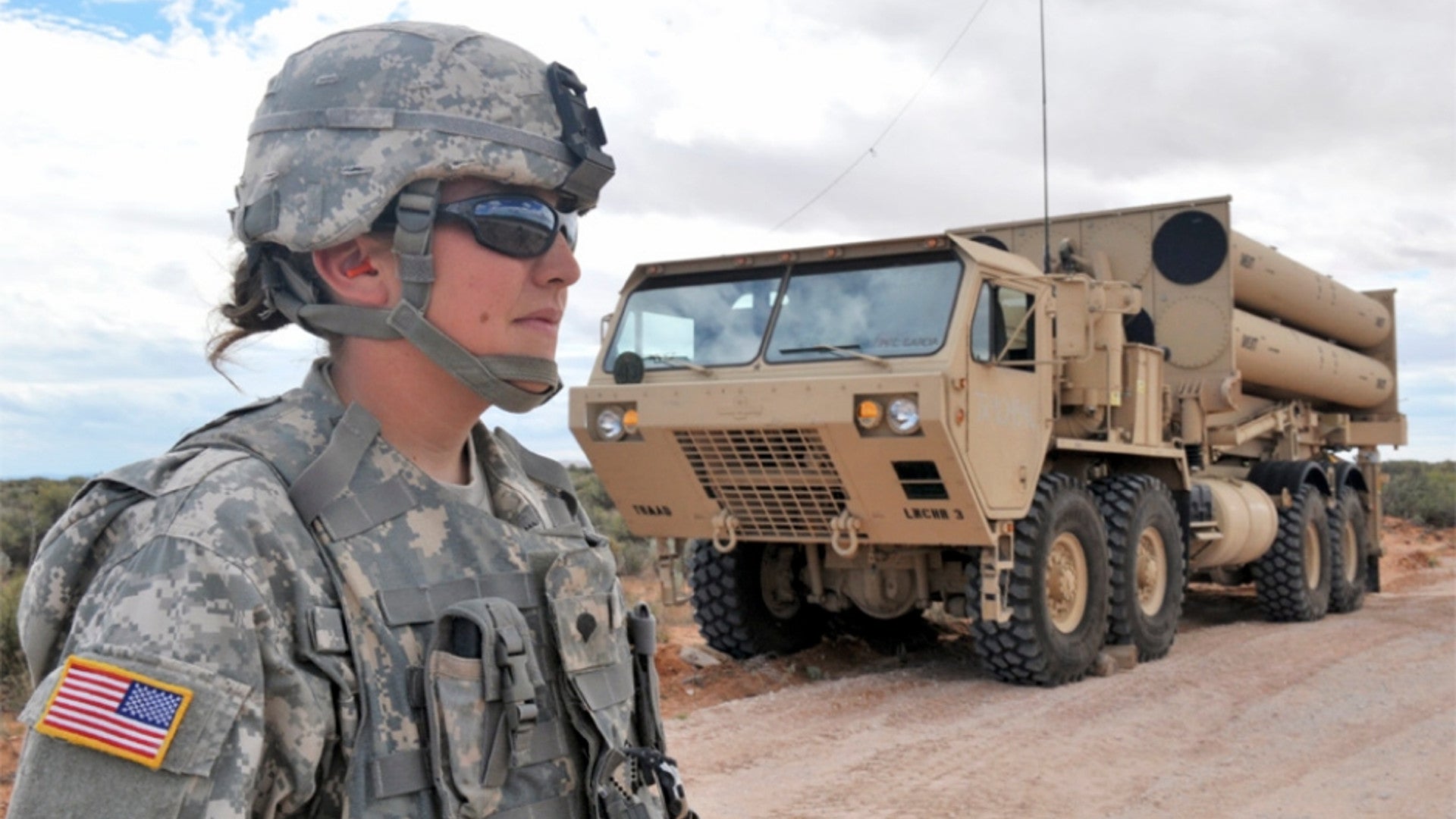 The United States and its allies see Lockheed Martin’s Terminal High Altitude Air Defense (THAAD) missile defense system as an important defense against the growing threat of ballistic missiles. Unfortunately, this only adds to nagging concerns about the company’s quality control processes, as well as the overall effectiveness of the weapons, as The War Zone has previously reported in detail, which may have an effect on an already controversial deployment of the systems to South Korea, as well as deals with existing and potential customers.

During the fiscal year, Lockheed delivered less than half of the total number of interceptors the U.S. Missile Defense Agency had ordered due to a fault in an unspecified connector within the missiles, the Government Accountability Office (GAO) revealed in a May 2017 report. The problem halted production line at the company’s plant in Troy, Alabama for four months, Bloomberg subsequently reported.

“Upon investigation, the contractor learned that one of its sub-vendors changed the manufacturing process on the connector without informing Lockheed Martin and, as a result, production was temporarily halted,” GAO’s annual review of the Pentagon’s missile defense programs explained. “According to THAAD program officials, there has been a renewed emphasis on parts quality supported by a policy memo to emphasize parts quality assurance and the verification of implementation of various requirements for doing so, including onsite verification assessments at subcontractor facilities.”

When the issue was identified, Lockheed had already shipped 158 of the interceptors of a total 428 missiles the Missile Defense Agency (MDA) plans to buy by the end of 2025, according to Bloomberg. As a result, the subsequent production delays did not impact the controversial deployment of THAAD batteries to South Korea in March 2017.

Though Lockheed “was not delivering interceptors during this period, they were continuing the production of unaffected components in order to rapidly deliver interceptors once the affected component was qualified,” Leah Garton, an MDA spokesperson, told Bloomberg in an Email. The company “designed a simpler connector that will provide greater reliability and producibility.”

Separately, the Maryland-headquartered defense contractor told Bloomberg that the THAAD production line was not only back on track, but actually speeding up work. The firm expected to fulfill the last of the delayed deliveries by August 2017.

But this is not the first time the missile defense system has experienced significant quality control problems and other delays. After winning a contract to begin engineering and manufacturing development in 2000, it took Lockheed five years to actually flight test its next prototype. This was in no small part due to a series of deadly explosions in 2003 at the Pratt and Whitney facility in San Jose, California responsible for building the interceptor’s rocket motor. The company had to find a new sub-contractor for this work. A year later, Pratt and Whitney announced it would shutter the troubled complex for good.

Suggesting that there have been more unreported quality control issues since then, in 2015, the U.S. Army quietly replaced all of its interceptors situated on Guam for unspecified reasons in order to “maintain operational readiness.” Two years earlier, the Pentagon decided to send a THAAD batteryto the remote American island in the Pacific over increasing fears about the range and capability of North Korean ballistic missiles, specifically the BM-25 Musudan.

All of this may give American allies political ammunition to renegotiate the terms of U.S. military deployments of the system abroad, as well as potential Pentagon-assisted purchases of the interceptors.

After his victory in a special election following the impeachment of former South Korean President Park Geun-hye, the country’s new liberal head of state Moon Jae-in has attempted to slow the deployment of American THAAD systems into the country with a possibly eye toward halting the operation altogether. During the election campaign, his advisers indicated he would launch a review of the agreement with the United States.

“At the end of the day, if the reality unfolds in a way that South Korea's national security and the economy were damaged because of the THAAD, not because of the North Korea issue, then it's not really a rational situation, is it?” Choi Jong Kun, one of the Moon campaign’s foreign policy advisors, told Reuters in March 2017.

After winning the polls in May 2017, in a phone call to Defense Minister Han Min-koo, the new president said he was in “extreme shock” that an additional four American missile launchers had arrived in the country without his knowledge. It later emerged that the country’s defense officials had deliberately withheld this information. On June 7, 2017, the new government announced it would not approve any new deployments until the completion of an environmental assessment. Word of shoddy work at Lockheed may give South Korean authorities new reason to pause and reassess the situation.

It may impact planned sales of the system, as well as any deals with existing customers, such as the United Arab Emirates (UAE), too. The UAE received their first THAAD interceptors in 2015 and have been steadily working to establish a site along its Persian Gulf coastline, undoubtedly pointed at Iran and its growing arsenal of ballistic missiles. A 2010 Defense Security Cooperation Agency memo suggests the small country may have already secured its own version of the system.

The multi-billion dollar arms deal the Trump Administration has offered Saudi Arabia also includes as many as seven THAAD batteries for the Kingdom’s defense. On top of concerns about Iranian ballistic missile program, in recent years, the country has come under more immediate threat from Yemeni rebels firing older, short-range ballistic missiles. In May 2017, The New York Times reported that White House advisor and Donald Trump’s son-in-law Jared Kushner had personally talked to Lockheed’s CEO Marillyn Hewson about cutting the costs of the THAAD systems in the package, and the critical Raytheon-made AN/TPY-2 long-range radar in particular. With this new information, the Saudis may want to talk again, but about the final price tag of the interceptors.

In addition, in 2012, the U.S. State Department approved a sale of THAAD systems to Qatar. Four years later, The Wall Street Journal reported that budget problems in the country might have delayed the final purchase deal, valued at approximately $6 billion. The June 2017 decision by a broad political bloc led by Saudi Arabia to isolate the emirate, which quickly touched off a broader crisis, may impede the sale even further, though this would have nothing to do with cost or any inherent issues with the missiles themselves. There may be plans in the works to send American interceptors to Turkey, or sell the weapons directly to that country, as well.

We will definitely be keeping an eye out for any new developments in the THAAD program, its overseas deployments, and future sales.