For the first time in more than four decades, American forces have come under aerial attack after a drone released an unspecified weapon near U.S. special operators and their Syrian partners at a garrison in the town of At Tanf. The strike has huge implications for the conflict in the country, as well as the future of warfare as a whole.

U.S. Army Colonel Ryan Dillon, the spokesman for Combined Joint Task Force-Operation Inherent Resolve (CJTF-OIR), the top American task force leading the fight against ISIS in Iraq and Syria, announced the incident in talking to the press on June 8, 2017. The apparent attack had occurred earlier the same day and U.S. F-15E Strike Eagle fighters had responded by shooting down the pilotless plane.

“The pro-regime [unmanned aerial vehicle], similar in size to the U.S. MQ-1 predator, was shot down by U.S. aircraft after it dropped one of several weapons it was carrying near a position occupied by coalition personnel who are training and advising partner ground forces in the fight against ISIS,” CJTF-OIR’s public affairs office later said in a statement. “The shoot down follows an earlier engagement in the day in which Coalition forces destroyed two pro-regime armed technical vehicles that advanced inside the well established de-confliction zone threatening Coalition and partner forces.”

The attack did not result in any casualties. When asked by reporters what the drone’s bomb actually hit, Dillon said “it hit dirt.” But it is a major turn of events. No foreign military or insurgent group has subjected American troops to a traditional airstrike since a bizarre incident in 1968 in which two North Vietnamese An-2 biplanes attacked a covert U.S. radar site in Laos. The planes did not cause any casualties on the ground in that case, either. The last time Americans actually died from an aerial attack was in 1953 near the end of the Korean War.

The Pentagon did not offer any additional information about the drone involved in the Syria attack, so it is impossible to speak to the appropriateness of their size comparison. However, from the basic description it seems almost certain this was Iranian type. Iran has proudly displayed an increasing arsenal of unmanned aircraft over the past few years, including designs at least visually reminiscent of an American RQ-170 stealth drone that crashed in the country in 2011.

Though it’s unclear how many of these different types are actually capable of operations, Iranian officials had showed very functional looking aircraft. In 2010, the country unveiled the Karrar, a modified target drone it claimed was capable carrying unguided bombs. Two years later, the powerful Islamic Revolutionary Guard Corps unveiled the Shahed 129, which was similar in shape and configuration to the Israeli Hermes drone. In 2013, the Iranian Armed Forces Aviation Industries Organization revealed Fotros, which looks very similar to Israel’s Heron TP. And the list goes on and on.

Iran hasn’t been shy about selling or otherwise exporting these unmanned planes abroad, either. In 2012, the Lebanese-Palestinian militant group Hezbollah reportedly flew a Shahed 129 over Israel. Israeli forces also shot that unmanned aircraft down and have knocked out a number of other unmanned aircraft since then. This type, which is similar in size to the Predator and often seen in static displays carrying what look like either missiles or glide bombs, could easily have been involved in the strike at At Tanf. One was spotted flying over Damascus in 2014 and there is evidence armed versions have been zipping around the country, too. Unless the drone involved had a satellite data link, which is highly unlikely, the pilot would have needed a line-of-site connection to the aircraft, reducing the maximum range it could operate from its ground control station at the time of the incident.

The incident at At Tanf comes just a day after Hezbollah-aligned television station Al Manar broadcast footage of what it claimed was one of the group’s drones shadowing an American pilotless aircraft over Syria. The organization said it was prepared to attack American forces or their partners if they crossed unspecified “red lines,” an apparent repackaging of previous U.S. threats against the regime of Syrian President Bashar Al Assad. The terrorist group has already been actively using smaller, hobbyist-type drones in Syria since at least 2014.

The garrison at At Tanf has already been under increasing pressure from this militia, that international news outlets have referred to as Iranian-backed. This could mean Hezbollah or one of the local militias it is working with inside Syria. The Pentagon has only described them as “pro-regime” and did not mention Iran in its official statement on the drone strike. However, Iranian authorities and their proxies clearly see the American-supported garrison, situated along the country's strategic Highway 2, as sitting in the way of their own objectives, which could include a land route from Damascus to Tehran via Iraq.

“The Coalition does not seek to fight Syrian regime, Russian or pro-regime forces partnered with them,” the CJTF-OIR public affairs office stated. “The demonstrated hostile intent and actions of pro-regime forces near Coalition and partner forces in southern Syria, however, continue to concern us and the Coalition will take appropriate measures to protect our forces.”

The American airstrike that preceded the incident was the second in three days against this unnamed group’s fighters and the third in two months in the vicinity of At Tanf. Earlier in June 2017, U.S. aircraft dropped leaflets in Arabic showing the aforementioned “de-confliction zone” and warning the militants to stay away or risk attack.

The militiamen were undeterred and moved armor and heavy weapons inside the designated safe area. Based on images that appeared on social media afterwards, the strike on June 6, 2017 destroyed at least one 2S1 Gvozdika 122mm self-propelled howitzer and a ZSU-23-4 Shilka self-propelled anti-aircraft gun. There was no indication that the fighters had attempted to turn the Shilka on the attacking planes.

The Pentagon has already acknowledged that its monopoly on drone warfare has ended, stepping up research and development of weapons and other equipment to destroy and defeat hostile unmanned aircraft. However, it has focused most of its efforts on the threat of small, commercially available types that insurgents and terrorists have turned into improvised weapons. The idea of a state military or large insurgent group employing an advanced, production unmanned aerial combat vehicle hasn’t been an immediate concern.

This could have implications far beyond Syria, since the U.S. military has only begun realizing how much of a gap it has when it comes to anti-aircraft weapons. With air attacks a virtual non-issue for decades, any funding that might have gone into new short-range air defense systems was diverted into more pressing projects. In 2011, Joint Integrated Air and Missile Defense Organization began holding an annual exercise, Black Dart, to explore ways to counter the growing threat of unmanned aircraft systems.

There has been work on everything from shotgun shells loaded with nets to mobile lasers. Earlier in June 2017, the U.S. Army announced it had tested one of the first major upgrades to the Stinger man-portable air defense system (MANPADS) in years. The upgrade involves adding a proximity fuze to the shoulder-launched missile, allowing it to be more effective against small drones. First fielded in 1981, man-portable and vehicle-mounted versions of the missile are the only short-range anti-aircraft weapon still in widespread U.S. military service. The Army is in the process of developing a new launch system capable of firing a variety of surface-to-air and surface-to-surface missiles called the Multi-Mission Launcher.

The fact that U.S. aircraft had to shoot down the intruder may highlight this lack of anti-aircraft capability on the ground. There is no information one way or another yet about any potential difficulties the American F-15Es experienced during the intercept. Top air-to-air warfare experts in the U.S. Air Force, Navy, and Marine Corps will undoubtedly be eager to pick apart the rare engagement for any valuable lessons.

Regardless, as this attack proves, drones of all shapes and sizes are only going to become an increasing threat to American forces in conflicts big and small. 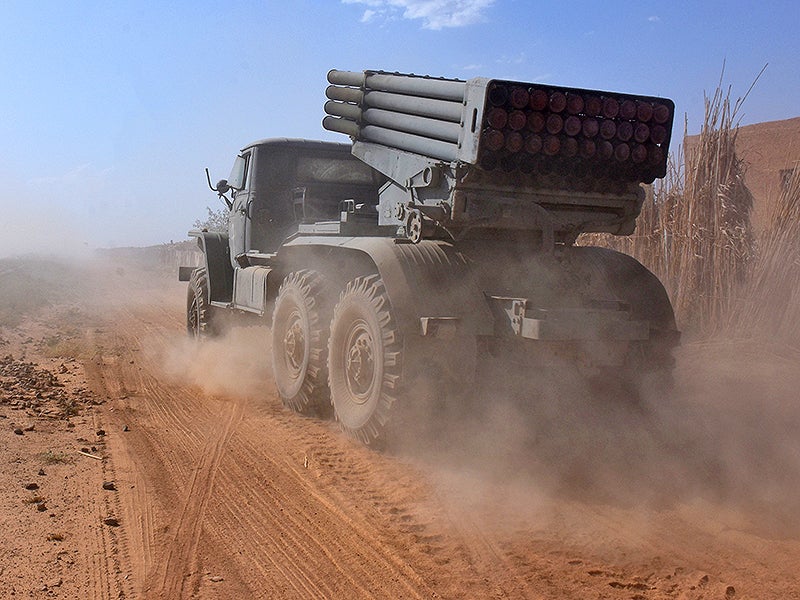 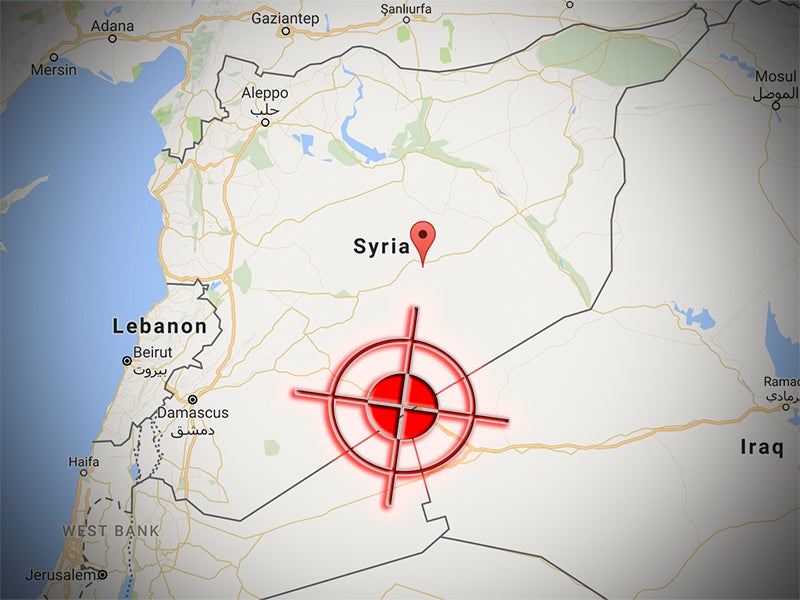 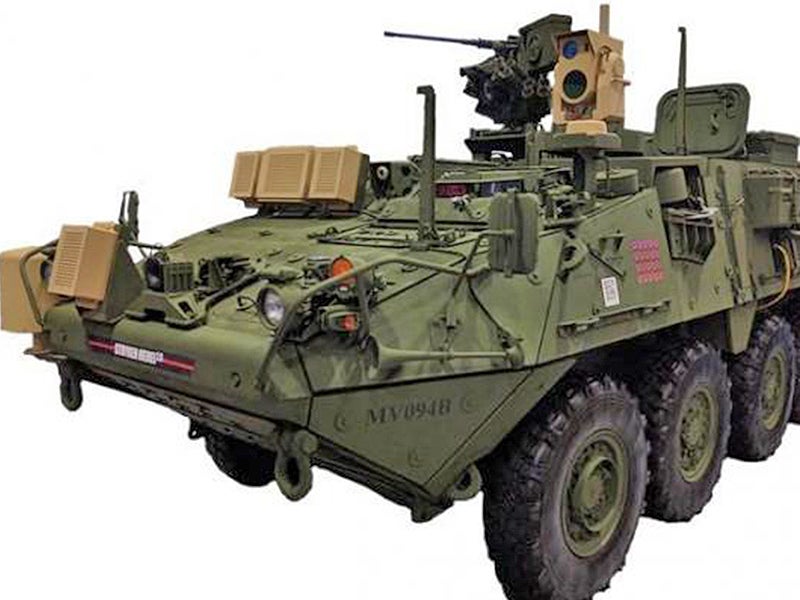