It’s no secret that the American-led coalition fighting ISIS have made good use of electronic warfare, scrambling terrorists’ communications and potentially neutralizing their improvised explosive devices (IED). An official U.S. military guide on the subject suggests electronic attackers in Iraq, Syria, and beyond may have another, secret mission.

U.S. Central Command (CENTCOM) has a regulation covering electronic warfare that outlines basic policies, capabilities, and responsibilities for forces performing the role throughout its so-called “area of responsibility,” which stretches from Egypt through the Middle East and into Central Asia. Though many sections talk in general terms, using established Pentagon-wide definitions, the document includes notes specifically for the Command’s staff and the units they oversee, including functions labeled as either confidential or secret.

The War Zone obtained a partial and still heavily redacted copy of the record, officially known as USCENTCOM Regulation 525-18, Electronic Warfare, dated 2012, via the Freedom of Information Act. The document’s overall classification is secret and American officials can only release its full contents to anyone besides other U.S. units, or relevant authorities from Australia, Canada, or Great Britain – a grouping commonly known by the acronym ACGU or the nickname “Four Eyes.”

“Effective EW [electronic warfare] operations will benefit USCENTCOM operations by,” one section begins, before listing eight specific mission profiles. The seven unclassified ones are not surprising, including tasks such as disrupting enemy command and control networks and knocking out hostile air defenses. There is also mention of protecting friendly forces, which could involve jamming a remote control for an IED or helping spot an ambush, as well as intelligence gathering as important roles for electronic warfare forces.

But the third “benefit” is marked secret. CENTCOM’s censors scrubbed the entire entry, citing national security, specifically information that might negatively impact American “military plans, weapons systems, or operations.” There are no obvious contextual clues as to what this activity or activities might be, especially given what isn’t redacted. On the other hand, we know a lot about what it’s not.

In addition to established tactics such as the suppression of enemy air defenses, the regulation describes less well known electronic warfare missions such as “navigation warfare,” whereby jammers on the ground or in the air would attack an opponent’s ability to use GPS or other electronic navigational aids, as well as “information operations,” which could include jobs such as breaking up propaganda broadcasts or injecting friendly messaging on the airwaves. On the latter front, the Pennsylvania Air National Guard does operate a small number of unique EC-130J Commando Solo aircraft, which can act as flying radio and television stations. There are even descriptions of how CENTCOM might use electronic warfare techniques in space, cyberspace, and with regards to directed energy weapons.

Electronic attack “may be used to deny an adversary freedom of action in space by preventing the [command and control] of space assets or by preventing or negating the ability to use space systems and services for purposes hostile to the U.S.,” one section of the regulation explains. “Cyberspace operations may be used to force an adversary from wired to wireless networks that are vulnerable” to electronic attack, another passage notes. The basic definition of directed energy warfare is “military action involving the use of [directed energy] weapons, devices, and countermeasures to incapacitate, cause direct damage or destruction of adversary equipment, facilities, and/or personnel or to determine, exploit, reduce, or prevent hostile use of the [electromagnetic spectrum] through damage, destruction, and disruption,” according to the guide.

So, if the classified electronic warfare mission is none of the above, then what is it? One possibility is that this could involve distributed attacks on computer systems that run air defense networks, communications systems, or equipment that performs other sensitive military functions. BAE Systems is known to have already developed and produced a shadowy computer program called Suter that could do all this and possibly more, from turning radars in the wrong direction to just crashing air defense network-related software altogether. This might not be useful against a low-tech opponent like ISIS, but could give American forces a critical edge against an opponent with more established defensive networks, such as Iran or Syria. There is an entire separate section in the regulation that is also marked confidential and redacted in its entirety for the same national security reasons. It is possible this portion contains details on these functions.

Regardless, the unclassified types of missions mentioned in the document have already been particularly important against ISIS, which has increasingly turned to IEDs and guerrilla tactics in the face of overwhelming American firepower. As Iraqi and Kurdish forces pushed into cities such as Ramadi and Mosul, it became apparent that the terrorists had rigged up entire houses to explode and set up other obstacles to hinder the offensives. American electronic warfare assets hampered the terrorists’ ability to respond to new developments on the ground, coordinate among themselves, and set off deadly boobytraps.

“We are inducing massive confusion and friction into their operations,” U.S. Air Force Lieutenant Colonel Josh Koslov, head of the 43rd Expeditionary Electronic Attack Squadron, part of the 386th Air Expeditionary Wing at Ali Al Salem Air Base in Kuwait, told the service’s reporters in 2016. “If you can’t talk, you can’t fight.”

On June 6, 2017, the Western-backed Syrian Democratic Forces (SDF), a coalition of Arab and Kurdish rebels, began the long awaited offensive into Raqqa, ISIS’ de facto capital in Syria. It seems reasonable to assume that electronic warfare will be just as critical to this operation as the other efforts to liberate major cities in Iraq and Syria from the terrorist group.

The U.S. military has a variety of aerial and ground-based systems that can perform these missions. The U.S. Air Force, Navy, and Marine Corps all have jamming planes, such as the EC-130H Compass Call and EA-18G Growler. The Marines has almost completely phased out the older EA-6B Prowler electronic attackers, but has continued to send them to bases in Kuwait and Turkey to fight ISIS in the meantime.  The Navy and Marines are also fielding a podded electronic warfare system known as Intrepid Tiger II, which could give similar, if reduced capabilities to other types of aircraft including KC-130J Harvest Hawk gunships, MV-22B tilt-rotor transports, and ground attack and fighter aircraft such as the F-35B Joint Strike Fighter.

“We’re here to jam signals and blow stuff up, I guess,” a member of Marine Tactical Electronic Warfare Squadron Three (VMAQ-3) proudly told the American Forces Network in May 2017. At that time, the unit and its EA-6Bs were deployed to Incirlik Air Base in Turkey, technically part of U.S. European Command, but were flying missions from there against ISIS for CENTCOM.

On the ground, U.S. Army and Marine units have access to both vehicle and man-portable electronic warfare and signal-snooping equipment that can also be essential for both protecting against roadside bombs or locating enemy forces before they attack. For years now, localized jamming systems have been standard on many American vehicles in hotspots like Afghanistan and Iraq where there is a pervasive danger of IEDs.

On top of these more traditional electronic warfare tools, there have been multiple reports that the coalition’s has been looking at new ways to strike ISIS indirectly electronically, including through cyber warfare. “We are dropping cyber bombs,” Deputy Defense Secretary Bob Work said in April 2016. “I’ve got to tell you right now it sucks to be ISIL,” he added, using another acronym for the brutal terrorist group. In May 2017, Defense One reported that the Pentagon tasked its brand new Algorithmic Warfare Cross Functional Team with helping hunt ISIS by finding ways to put machine learning and other technology to use in sifting through intelligence data. It seems reasonable to assume that the same systems could potentially be turned around to exploit information from electronic warfare systems, or maybe even coordinate cyber attacks. 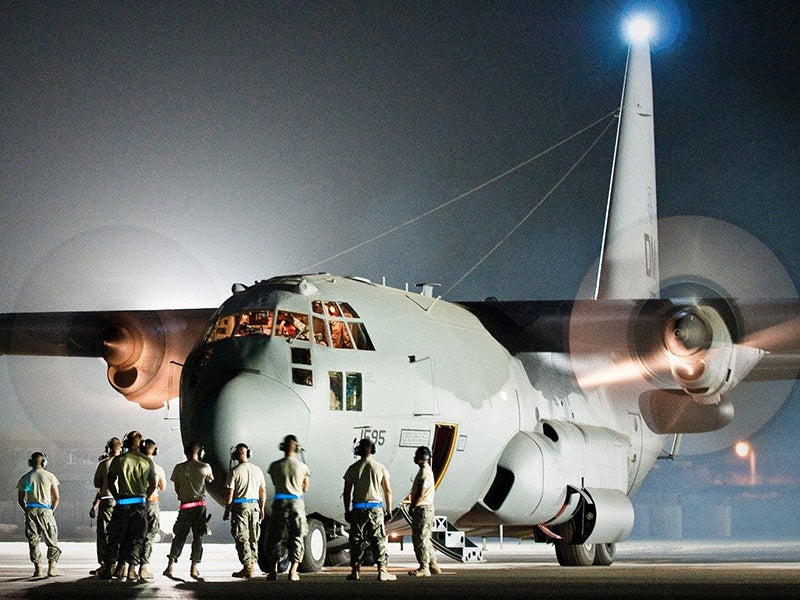 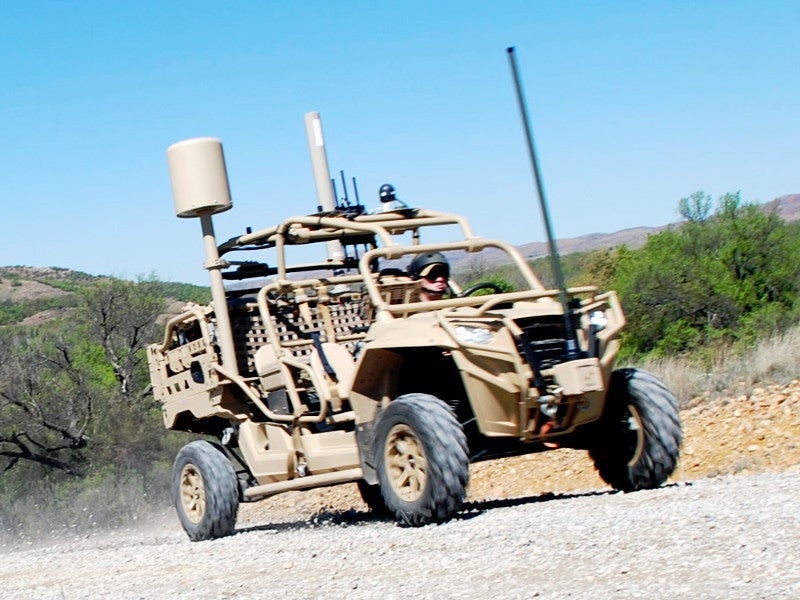 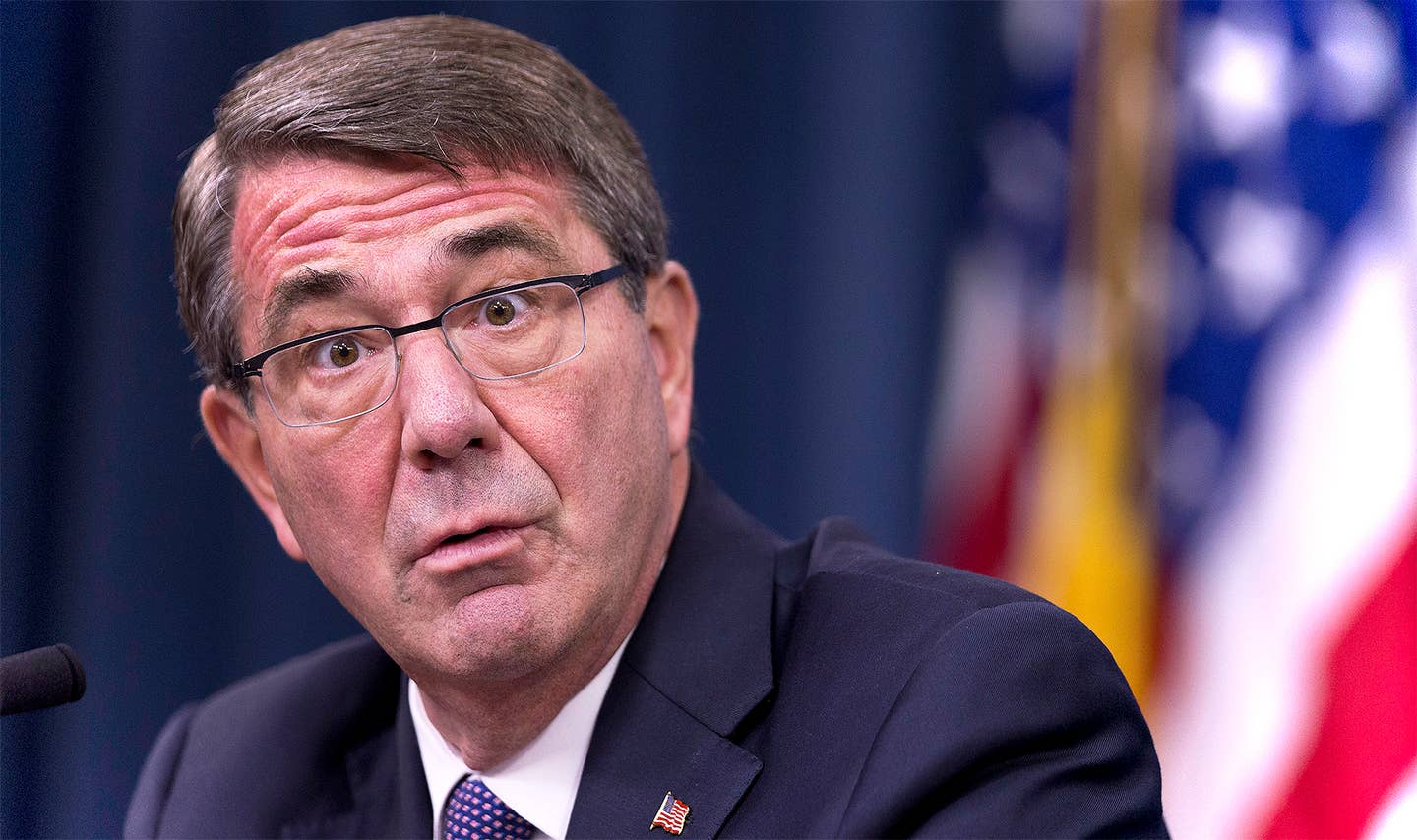