The idea of a robust "missile shield" that protects the US remains a myth. 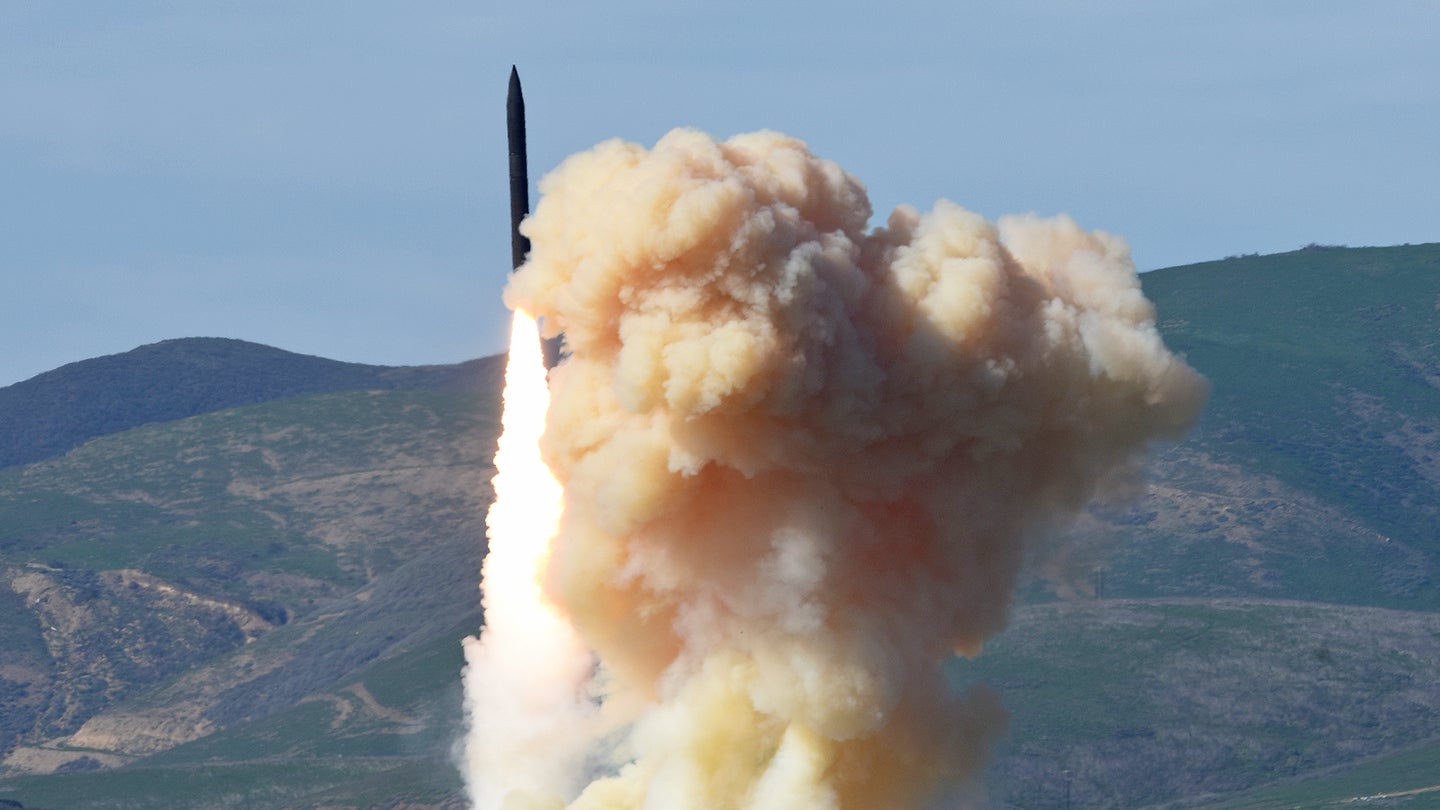 The Pentagon will finally test its Ground-Based Midcourse Defense (GMD) system against an ICBM today—a high-stakes and delayed test that could have big geopolitical and domestic repercussions.

The idea that this is the first time the GMD interceptors have been tested to confront the threat they were designed to counter is a sign of just how rickety America's "missile shield" really is, and it would be laughable if it weren't so alarming, considering the tens of billions of dollars and decades of development that have gone into fielding the system.

GMD has far from a stellar record—just nine of the 17 tests were deemed successful, and keep in mind that few of these tests, if any, represented anything near a real-world surprise attack scenario. Instead, they are highly "canned" exercises that occur only when all the system's constellation of sensors, communications nodes and launch assets are perfectly in place and operating nominally. But that hasn't kept the Pentagon from fielding the system. By the end of December 2017, a total of 44 of these interceptors will be based at Vandenberg Air Force Base in California (four units) and Fort Greely in Alaska (40 units), which is up eight units from 2016.

We have talked about how limited America's GMD capability is and how it is supposed to work, but the realities of the current state of the country's ability to protect itself from even a low-volume ballistic missile barrage is likely incongruent with the public's perception of the system. The very idea of a "missile shield" provides a false sense of security that really doesn't exist.

In recent years, this was not such a big deal. But with North Korea marching headlong towards an ICBM capability, the topic has migrated to the top of the American consciousness. People are worried that their city may be on Pyongyang's target list, and if today's test fails, America's missile defense shield—or lack thereof—could blossom onto the A-block cable news shows and the front pages of newspapers and popular news websites.

It is unclear how a failure or a success would factor into GMD programs fiscally. Would the scare of a fallible missile shield lead many to demand more spending on the technologies that support the system, or would it lead to a much deeper look into how such a questionable capability has been fielded in the first place? In fact, a successful test—even if it were under laboratory-like conditions—could also lure the populous and law makers into thinking the system works, even though that may not be the case under real-world conditions. This false sense of security could damage the program's ability to gain additional funding for improving the system to a point that it is actually reliable in a truly operational scenario.

One thing is certain: the failure of the GMD system would likely increase pressure on the Trump Administration and the international community to do more to neuter Pyongyang's accelerating nuclear and missile programs. Japan is already making drastic strides to come to terms with the fact that North Korea could rain down missiles on its territory, with Tokyo procuring its own missile defense and even, potentially, a stand-off long-range strike capability.

Countering short- to medium-range ballistic missiles is a much more sorted out affair than doing the same for ICBMs. Sea- and land-based Aegis, and the Terminal High-Altitude Area Defense (THAAD) systems are not suited for counter-ICBM defense, so just sticking a bunch of picket ships along America's west coast or installing a handful of THAAD batteries in the continental US in not a viable option.

Putting even more pressure on today's test, just hours before the exercise would begin, the Government Accountability Office released a report on ballistic missile defense programs that was not exactly glowing. It outlined how even after spending $123 billion on ballistic missile defense, with another $37 billion by 2021, these systems still have myriad of major faults and deficiencies. These programs have systemic issues with concurrent procurement and testing, slipping test schedules, an insular Missile Defense Agency that needs to work to reach out to better define its capabilities and goals, and a questionable ability to work as advertised, with the synopsis stating that "testing revealed that the BMDS level capabilities delivered will not likely provide robust defense as planned."

As for today's test, which was long delayed, the GAO said:

"FTG-15 is designed to be the first GMD test against anIntercontinental Ballistic Missile range target using upgraded avionics in the booster. We have previously reported on the need for GMD to conduct this test so the warfighter can have a better understanding on the interceptor’s capabilities and limitations. According to program documentation, FTG-15 was delayed, in part, due to developmental challenges with the interceptor. Delays in conducting FTG-15 increase the risk to completing the fielding of 44 GBIs by the end of December 2017. According to program documentation, the program recognizes that to complete the deadline, concurrency is warranted, but is taking mitigation steps to reduce the risks of a compressed schedule. As we have previously reported, GMD is relying on high-risk acquisition practices, including concurrent development and fielding to achieve its goal of fielding 44 interceptors by the end of 2017. Delaying FTG-15, increases this risk associated with fielding interceptors within its established time frame because it will reduce the time between the conduct of the test and the subsequent manufacturing and fielding of the GBIs necessary to complete the requirement."

The Bush Administration both greatly accelerated BMD programs and handicapped them by allowing the Missile Defense Agency to work outside of traditional procurement channels. Many of the systemic issues these systems experience today is a result of this mad rush development strategy.

The larger question really is this: When will America have a robust defense against ICBM attacks by rogue nations? Right now the system exists in an experimental form, and it's unclear why such a system would need 44 interceptors that will likely become outdated as the technology progresses. This is especially true considering North Korea still doesn't posses a single ICBM or a reliable and verified warhead to put atop it. The sticker price alone for fielding even a pocket force of these missiles is bewildering, and considering it cannot counter a barrage by a peer competitor, what's the point of having 44 GMD interceptors to begin with?

The system doesn't provide any sort of a shield against a ICBM attacks from Russia or even China, and the fact remains that it is far cheaper for a major power to just build more ICBMs than it is for America to build interceptors and the infrastructure needed to make them effective to defend against a peer-state ICBM barrage. But still, Russia in particular will not be happy about any advances in American ICBM defenses as Moscow sees such a capability as a major disruptor to their nuclear deterrent's credibility, as well as the strategy of mutually assured destruction and the general balance of terror that was staple of the Cold War.

Update- 2:45pm PST: Test was deemed a success by the Missile Defense Agency, more here in this new post.