Israel continues to win unique concessions surrounding its participation in the F-35 Joint Strike Fighter program. The country’s increasingly independent development could ultimately produce a version of the aircraft specifically suited to its needs that differs significantly from Lockheed Martin’s existing offerings.

In May 2017, it emerged that Lockheed was specially building a one-off sub-variant of the F-35I "Adir" – meaning "mighty one" in Hebrew – for Israel and expected to deliver it by 2020. The plane would act as a testbed for the country’s planned, but unspecified modifications. The Israeli Air Force is planning on purchasing as many as 75 F-35s, primarily the I variant, which is similar to the U.S. Air Force’s A model. The final fleet could include derivatives of the U.S. Marine Corps’ short- and vertical-takeoff capable B version, as well. The first "Adir" touched down in Israel in December 2016.

“This unique aircraft, which was not part of any other F-35 contract, will enable us to begin the work of upgrading the capabilities of this aircraft so that it answers our special operational requirements," the head of the Israeli Air Force’s main test center, identified only as Lieutenant Colonel Shlomy told FlightGlobal. “All our platforms have been upgraded to enable stretching the flight envelope while using the unique weapon systems made by Israeli industry.”

Shlomy didn’t offer any details about what equipment the aircraft would actually test, but Israel has long been negotiating with Lockheed for greater access to the inner workings of the Joint Strike Fighter, in particular its central computer brain, the Autonomic Logistics Information System (ALIS). In spite of its name, ALIS handles a host of critical mission functions, including acting as the loading port for vital mission data such as potential threats and hazards during a sortie.

In April 2016, state-owned defense contractor Israel Aerospace Industries confirmed it would install an additional suite of command and control software on top of the F-35’s basic programming when it received its first jets. No other country participating in the Joint Strike Fighter program has received the right to tinker with the aircraft at this level, instead having to rely on central U.S.-based facilities to devise new code packages. Israeli officials have been understandably secretive about what their additional lines of code will add on top of the aircraft’s existing functionality.

However, it seems reasonable to assume the modification would help link the aircraft’s mission computer and sensors to Israel-specific networks. It could aid with a host of other planned changes, which will include new communications systems and defensive electronic countermeasures, some of which may double as active electronic attack systems to jam enemy radars or radios. This combination of equipment could potentially make the Israeli jets more multi-purpose than their counterparts around the world. And Having access to the software and mission systems architecture could help keep the jets fully capable even if the country suddenly found itself cut off from the global infrastructure the U.S. military, Lockheed and other future F-35 operators are establishing to support the ALIS.

Perhaps more importantly, Israel has also secured the unique right to perform depot-level maintenance, to include overhauling engines and airframe components, within the country. Again, other future Joint Strike Fighter operators will have to send their aircraft to designated facilities in specific countries instead.

“We will not go to Italy or anywhere else,” Israeli Air Force Lieutenant Colonel Maxim Orgad, head of the Engineer Division at the service’s Depot 22, told Defense News in 2017. “These aircraft [the F-35s] will remain in Israel for whatever they need.”

In addition, greater access to the F-35’s mission systems will make it easier for Israel to integrate its own particular weapons onto the aircraft. In particular, the county is interested in purchasing a version of Rafael’s SPICE – standing for Smart, Precise Impact, Cost-Effective – a precision-guided bomb with electro-optical and GPS-targeting capabilities, which fits in the Adir's internal weapons bay. Pop-out wings reportedly give the 1,000 pound-class version of the weapon a stand-off range of more than 60 miles. Other munitions, like the Delilah standoff missile will also likely show up on the F-35I's weapons list.

Coupled with stand-off weapons, this added range in full stealth mode could be a great benefit to the Israeli Air Force, which routinely conducts pre-preemptive strikes in various countries, such as Syria, which have increasingly potent air defense networks. But really, the F-35I's main reason for being is Iran. Oh, and there’s always the possibility it could enhance the country’s unspoken nuclear deterrent. Experts believe Israel has a stockpile of thermonuclear gravity bombs, in addition to land-based and submarine-launched missiles.

But Israel expects much of this work to be evolutionary. The country’s air arm wants to have the first F-35s ready for combat by the end of 2017. It expects to support that push by conducting at least half the pilot flight training in simulators on the ground. At the same time it will, it will be testing its new software and other additions. Having a specialized test plane on hand means it won’t necessarily have to pull combat aircraft out of normal rotation to aid in this work. It also allows for future research and development to occur without impeding routine operations once the Joint Strike Fighters actually reach initial operational capability or causing any unnecessary delays in progress toward full operational capability.

Regardless, Israel’s peculiar strategic position has long pushed the country to be as self-sufficient as possible, especially when it comes to military technology. As a result, it also has a long, established track record of doing so without compromising foreign system, which no doubt helped convince Lockheed to give the country’s engineers and technicians greater access to the design details.

“We recognized that Israel is also going to have sovereign sustainability requirements,” Jack Crisler, the vice president of Lockheed Martin’s F-35 business development and strategic integration division, explained to Defense News in 2016. “So we and the Joint Program Office are working through that now to see how this will be done.”

The planned modifications in many ways mirror previous work Israel has done to its American-made F-15 and F-16 fighter jets, both of which are loaded with country-specific equipment. The War Zone’s own Tyler Rogoway has written extensively

on this history in the past, explaining:

This experience and cooperation with the original manufacturers has allowed Israeli crews to perform almost miraculous feats when it comes to these jets. In one particular impressive case, Depot 22 got a two-seat F-15B back in the air after replacing its completely destroyed rear half with another one from a retired single-seat F-15A. When the Israeli technicians asked Boeing, which still makes newer models of F-15 fighters, for their advice on the project, the company reportedly declined to respond because they thought the very idea was some sort of practical joke.

It seems likely that the Israelis intend to keep this up when they begin flying the F-35. Having a unique test version around will only help them refine their modifications and develop entirely new upgrades in the future. 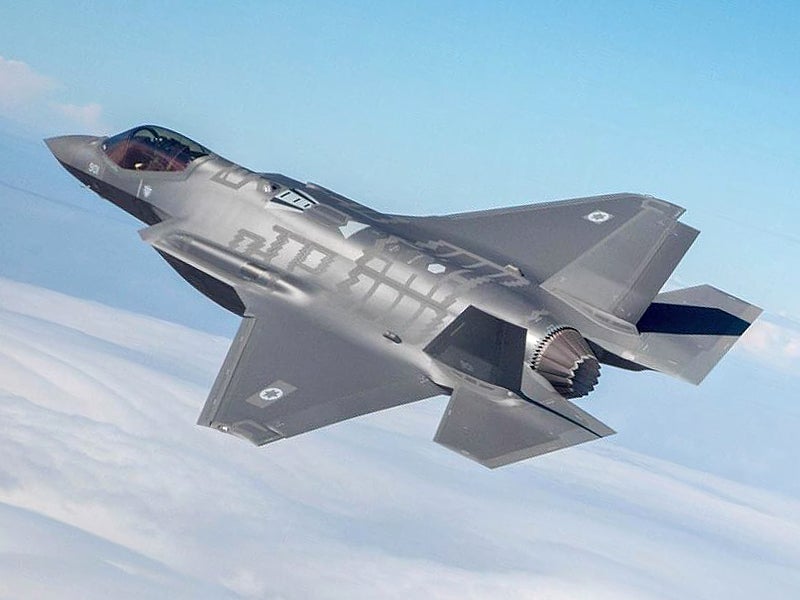 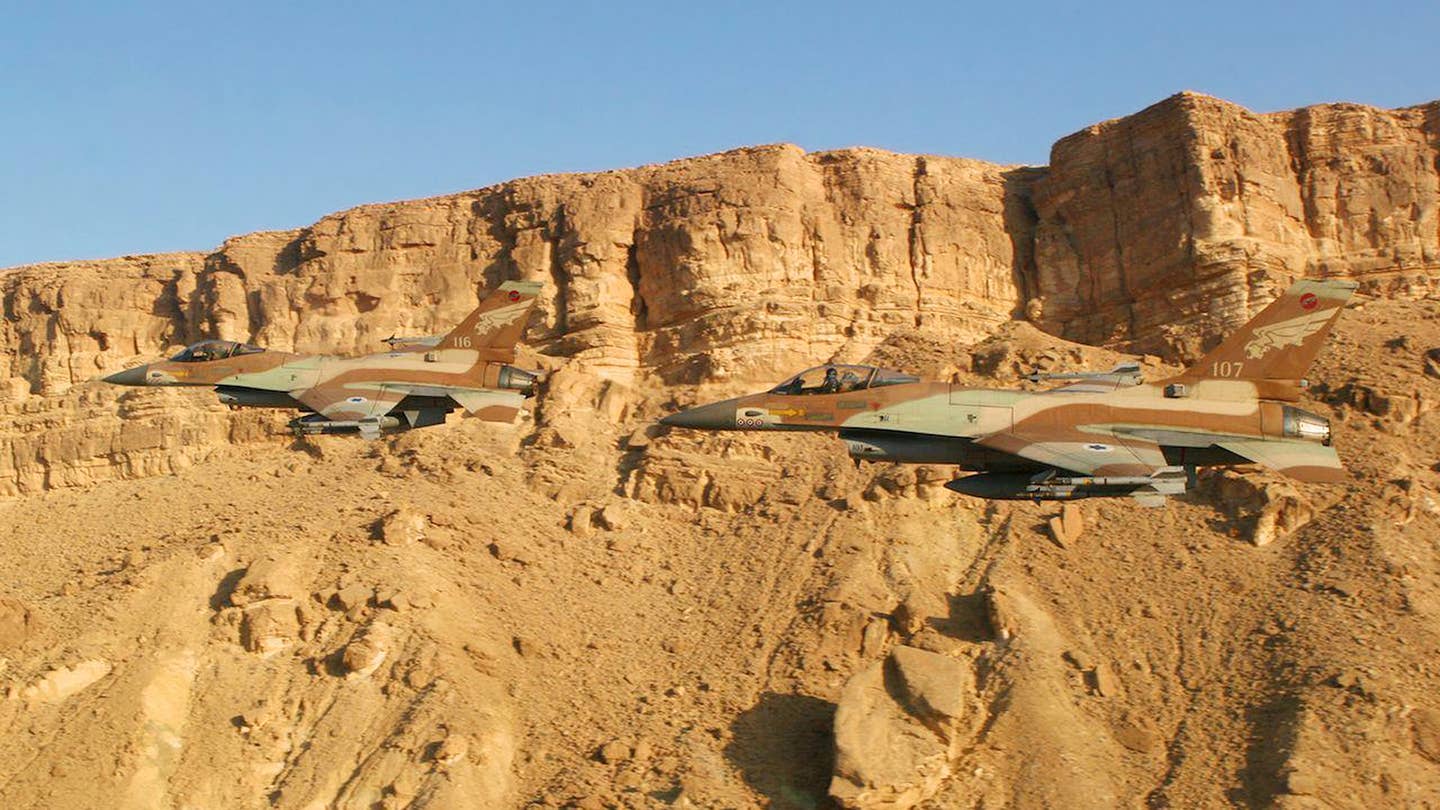 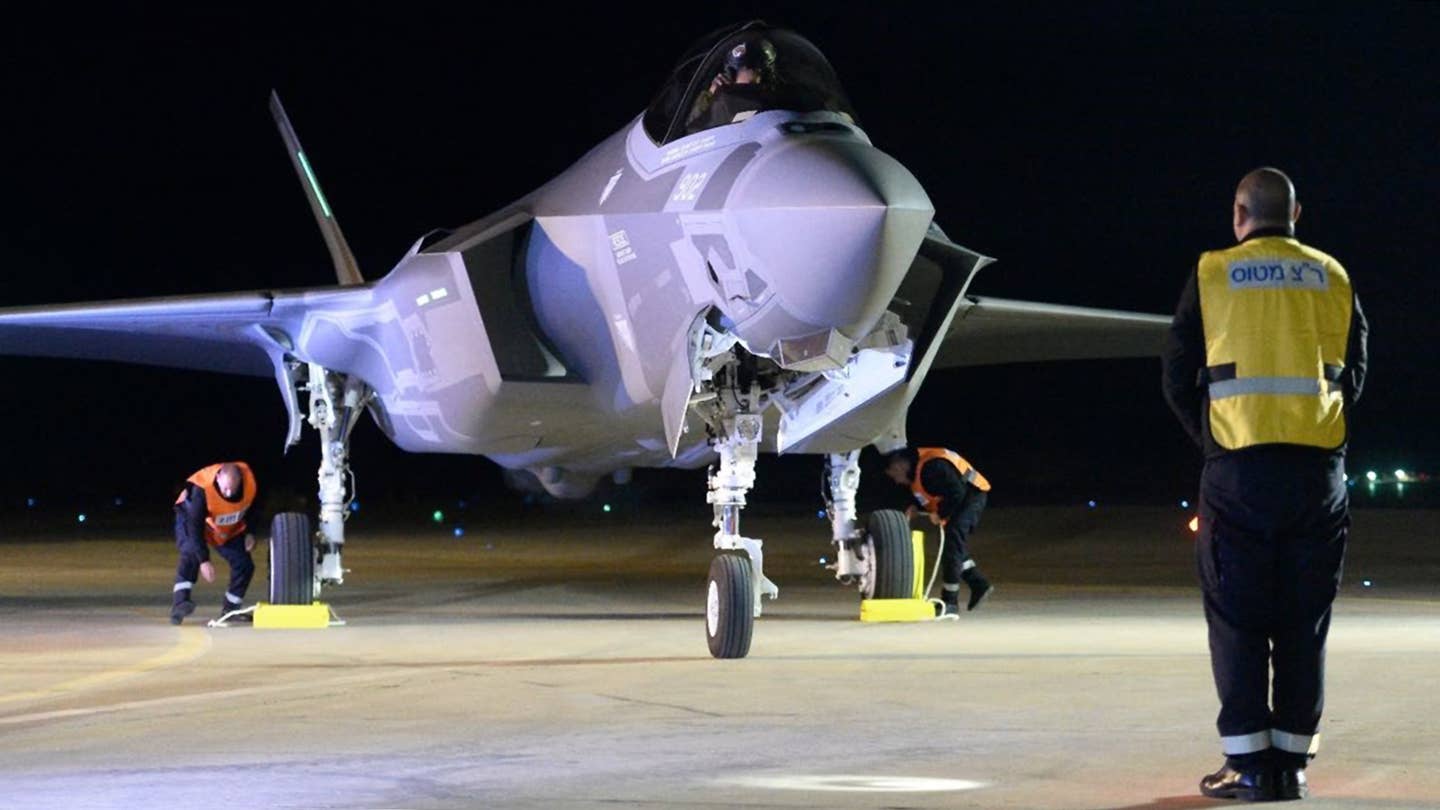