One of the USAF's two VC-25As may look a little bit different than the other with its new twin SATCOM installations along its spine. 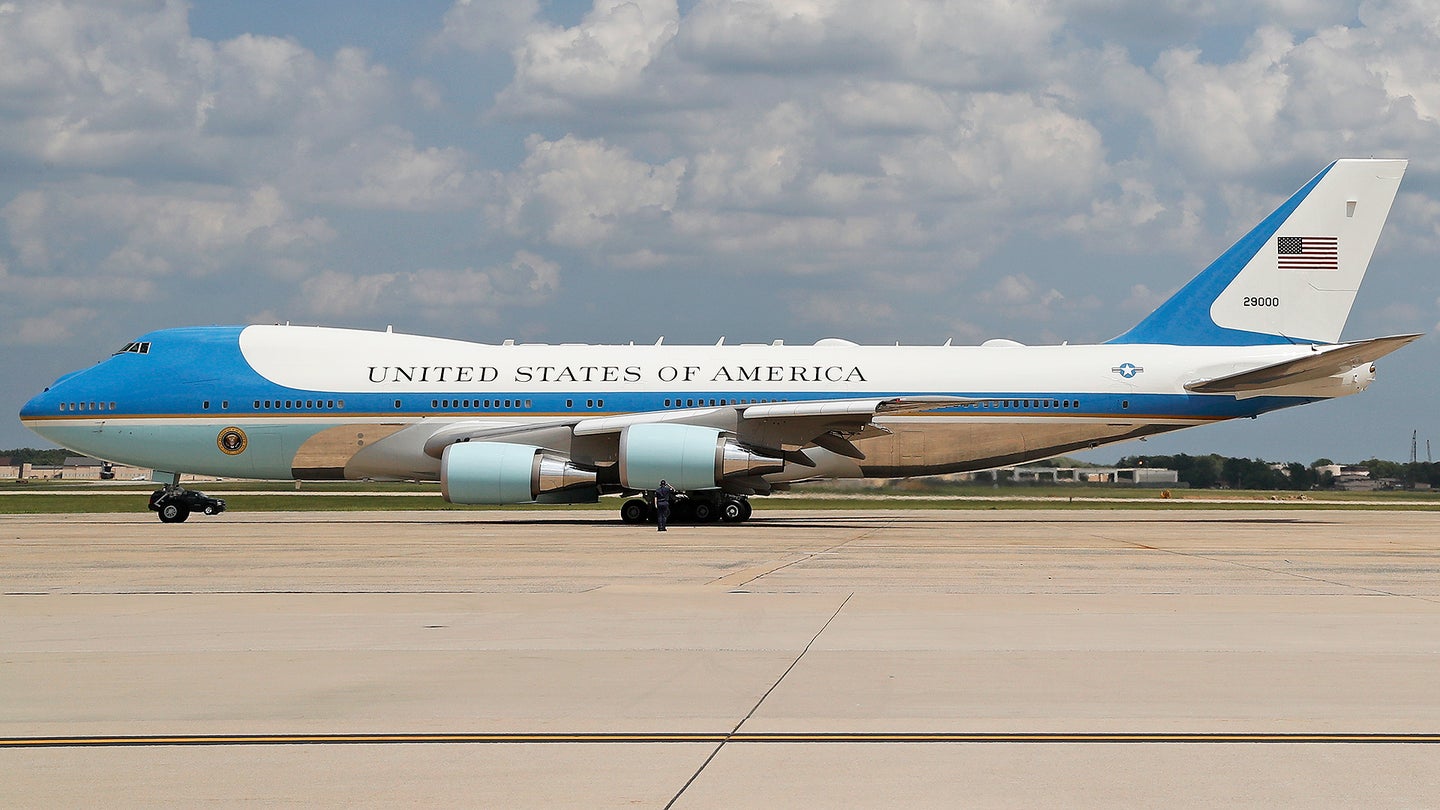