The basic concept of mobile ballistic missiles is to make the weapons hard for the enemy to track and shield them from pre-emptive strikes. Of course, this doesn’t mean they’re not vulnerable to various kinds of attacks, including from small groups of special operations forces, terrorists, and saboteurs. So, to help guard its RS-24 Yars road-mobile, nuclear-tipped intercontinental ballistic missiles, the Russians developed a unique “counter-sabotage vehicle.”

In 2013, Russia’s Strategic Missile Forces received the first prototype of this specially configured 8x8 wheeled armored vehicle, officially known as the 15Ts56M BPDM, or Typhoon-M – not to be confused in any way with the 6x6 Typhoon-K and Typhoon-U mine-resistant trucks or the submarine known in the West as as the Typhoon. Another 14 production vehicles, with what appeared to be far less extensive modifications arrived in 2016, some of which made it into the 2017 Victory Day parade in Moscow on May 9, 2017.

The Typhoon-M “vehicle is designed for radio, optical and infrared surveillance and reconnaissance,” according to a January 2017 news story from the Russian state-owned news agency TASS. The BPDM is “unique owing to its surveillance and reconnaissance equipment, including its unmanned aerial vehicle, enabling it to spot the enemy 5 [kilometers] out.”

The BPDM is based on the chassis and hull of the BTR-82, an improved version of the Soviet-era BTR-80. The standard armored personnel carrier variant weights 16 tons and has a top speed on improved roads of between 50 and 60 miles per hour.

The full extent of it capabilities is unknown, but each 15Ts56M reportedly has at least one TKN-4S night vision sight and Kredo-1 ground surveillance radar. The TKN-4S is the same unit found in the commander’s position on the T-90 main battle tank, as well as updated T-72 and BTR-70 and -80 armored personnel carriers. Bristling with antennas, it seems likely that at least the prototype BPDM had some type of electronic warfare suite to detect or jam hostile radio communications or electronic attacks. Russia is known to be a major operator of mobile jamming equipment. Crews can link up remote ground sensors to the vehicle, too. A remote turret on the top has a 7.62mm PKTM machine gun for self-defense.

However, the most important element of the Typhoon-M system appears to be the ability for the crew to launch and control a small Eleron-3SV surveillance drone. This is where TASS’ claim of a surveillance range of five kilometers, or just a little over three miles, comes from. Manufacturer ENICS claims the tiny pilotless plane actually has a maximum range of over 15 miles while transmitting full-motion video back to its control station. When flying in a power-saving “off-line” mode, it should be able to travel more than 30 miles in total. Operating the drone no more than three miles from the BPDM as a rule would mean it would be able to keep persistent coverage in that limited area for a longer period of time.

Personnel must launch the drone from outside the vehicle using a small, portable launch rail. ENICS says it only takes 10 minutes to get things set up and ready to go. In addition to its association with the 15Ts56M, Russian special operations and military intelligence units, as well as Kremlin-backed forces in Ukraine’s breakaway Donetsk region and Syria, have used this drone in combat.

When the Typhoon-M entered service, the Russians also bought a dedicated simulator system to train the crews on how to use these various surveillance systems. Personnel assigned to guard the missile units also have practice setting up their equipment around a mock Yars missile position in order to become qualified on the BPDM, according to TASS' report.

The Soviet Union reportedly developed the initial version of the BPDM, the 15Ts56, based on the BTR-80, in 1990. Apparently in the face of massive budget shortfalls and other turmoil that followed the end of the Cold War, the newly independent Russia put the project on hold, as it did with many other advanced defense programs. Development of the updated 15Ts56M began in 2007. The same year, Russia test fired the first prototype RS-24 missile. Three years later, the 54th Guards Rocket Division put the first Yars ICBMs into service.

Russia has come up with some interesting concepts to guard their ICBMs in recent years, including this pop-up turret that is supposed to defend against enemy attacks on missile silos. Additionally, the Typhoon-M wasn’t the only specialized vehicle the Russians tested to protect missile units in the field, either. In 2013, state-owned media agency RIA Novosti – now known as Sputnik – announced that the Strategic Missile Forces were testing a new type of mobile mine-clearing vehicle specifically to give RS-24 units additional freedom of movement during actual combat operations. Based around an unmanned ground vehicle, the design would combine conventional mine-clearing explosives with new “microwave emitters,” the report explained.

“The vehicle will allow the components of the missile system to breach minefields as well as reduce the threat of individually-placed explosive devices,” according to Russian Colonel Dmitry Yevmenenko said, according to an official Defense Ministry statement. “Russian military experts believe the new vehicle will deal with threats such as minefields set by ‘commando’ teams or artillery submunition rounds and cluster bombs,” the RIA Novosti story added.

We don’t know if the Strategic Missile Forces ever bought any of these drones. However, the Typhoon-Ms remain in service, continuing to guard Russia’s mobile nuclear missiles from enemy infiltrators. 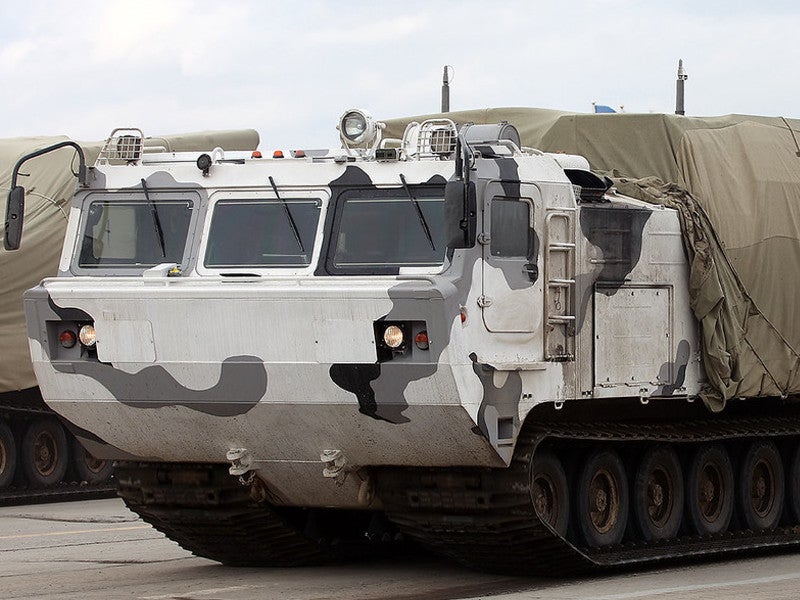 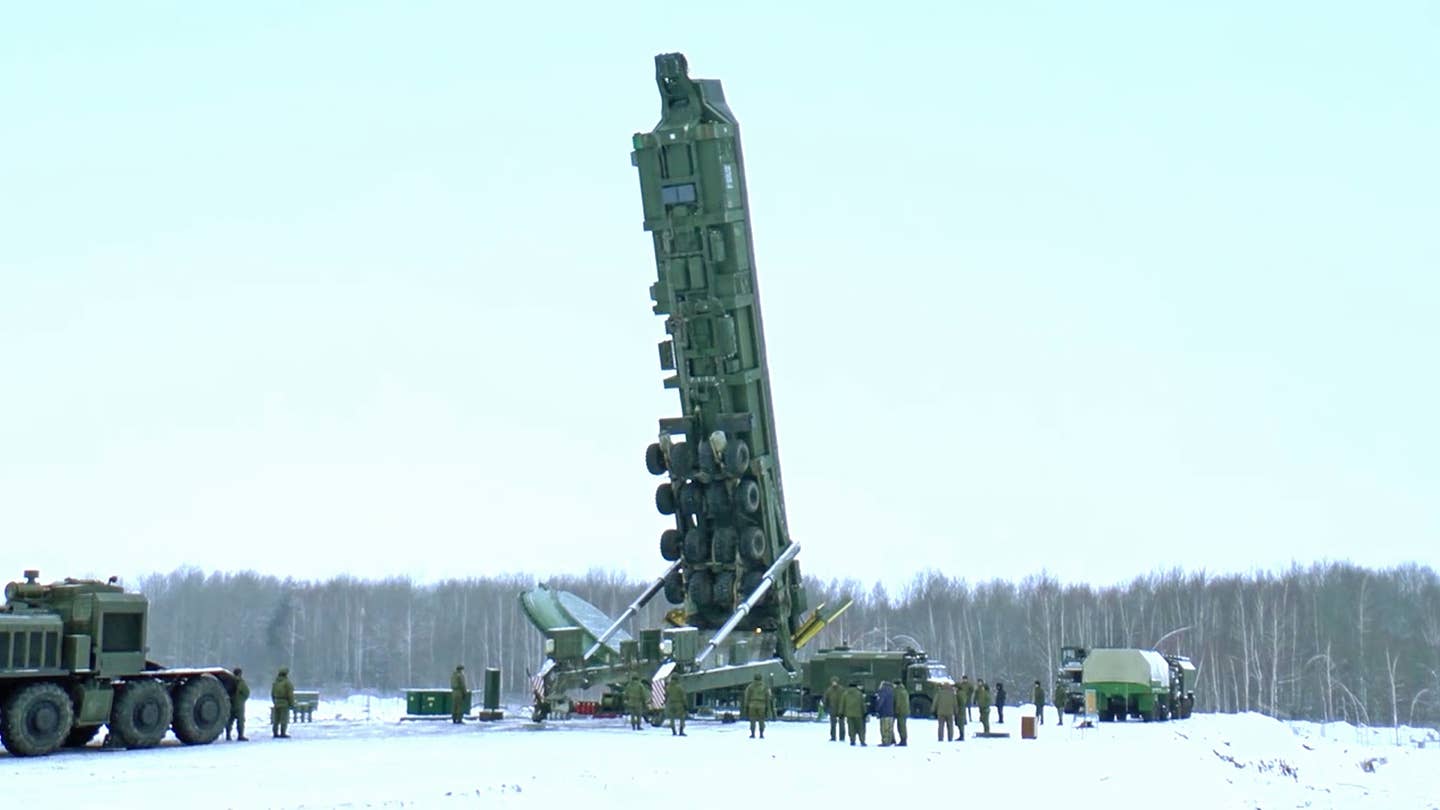 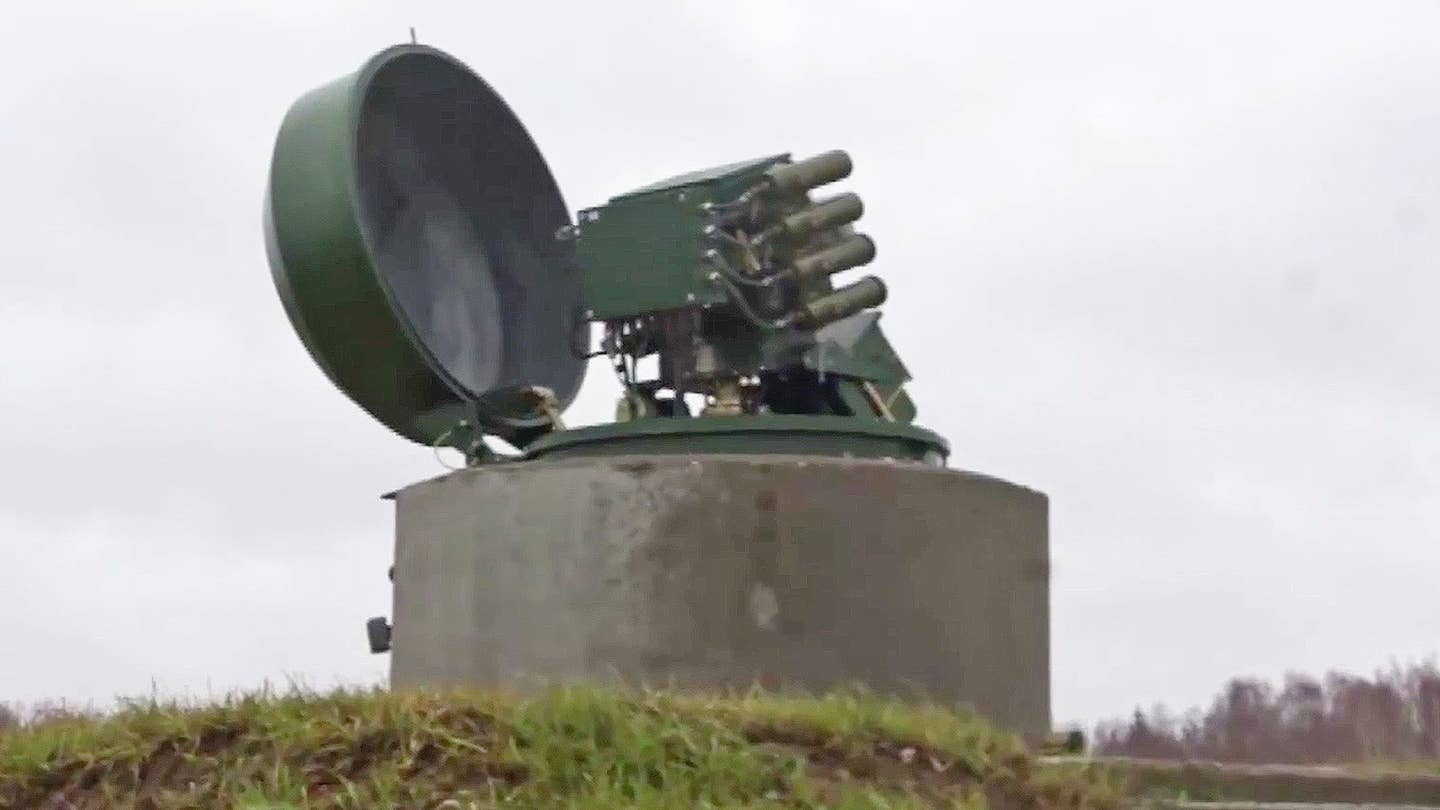 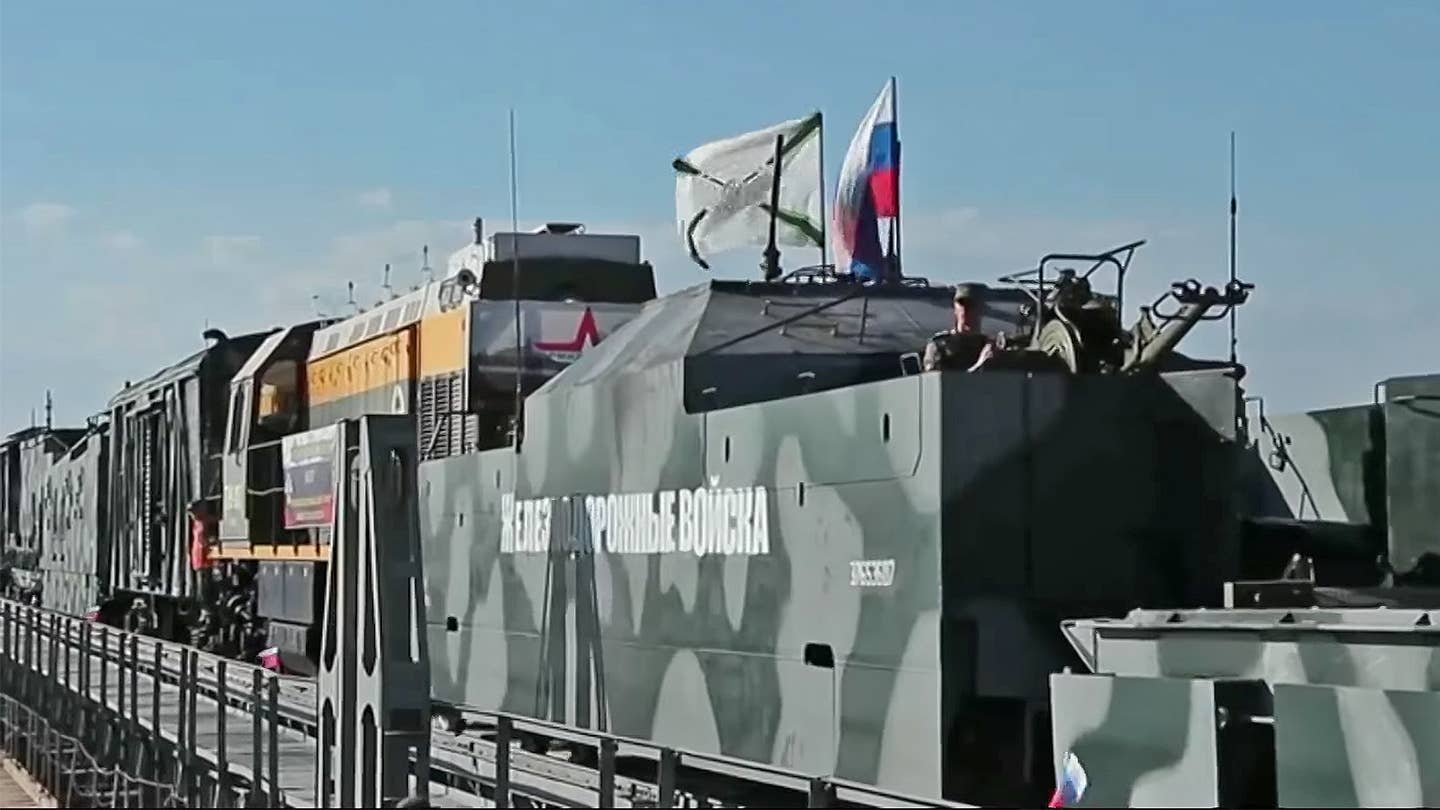