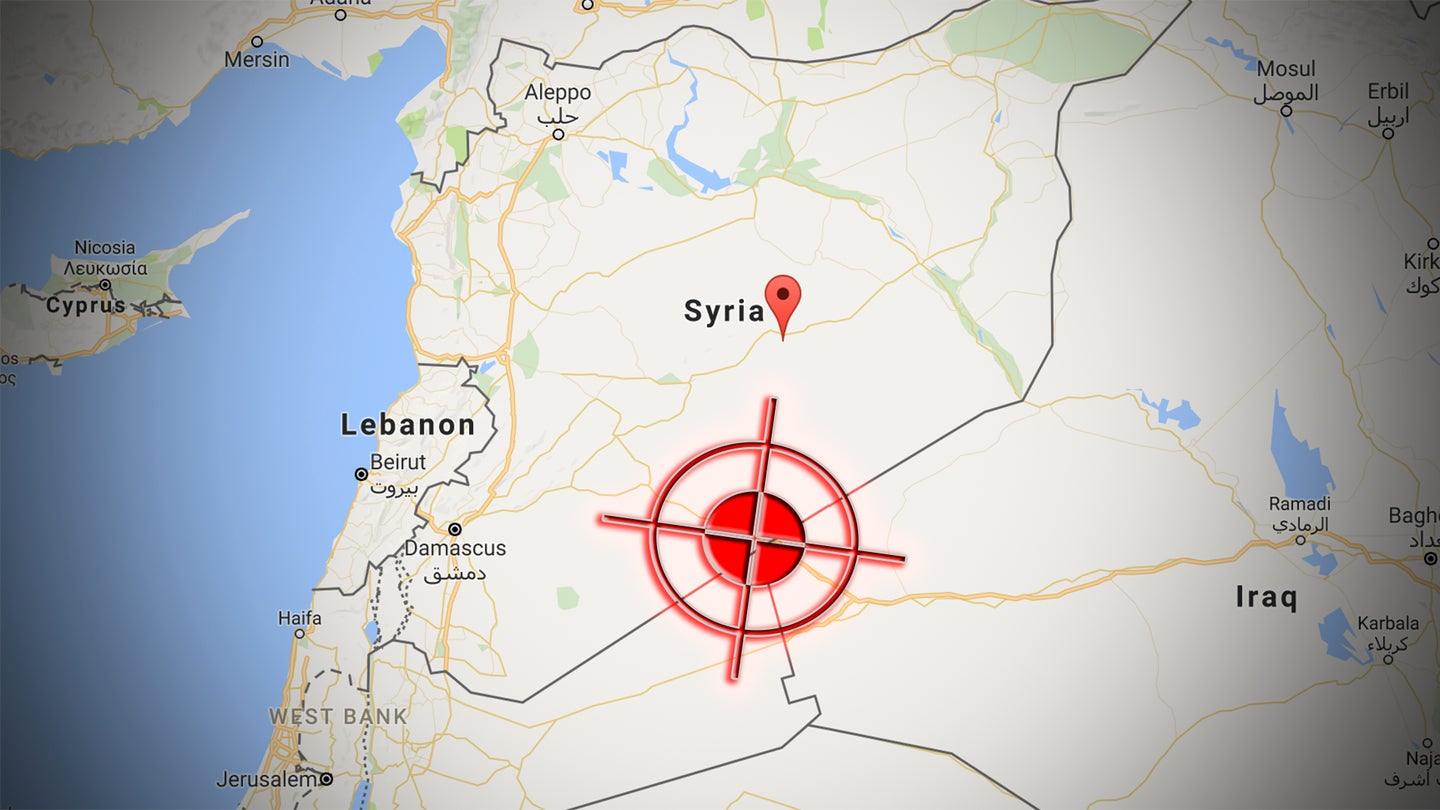 Details remain sketchy, but the Pentagon is reporting that US aircraft struck a Shiite militia convoy loyal to the Assad regime in southern Syria.

The strikes hit near the town of An Tanf, about 20 miles from the Jordanian-Syrian border in south central Syria near the Jordanian and Iraqi borders. About a dozen heavy vehicles, including heavy armor, moved into territory known to be controlled by the coalition, toward a forward operating base that likely housed US and coalition special operations forces as well as indigenous forces the coalition is training and assisting. The incident occurred near the site of a brazen series of Russian airstrikes a coalition year ago.

As the vehicles sped down the highway towards the outpost, coalition jets flew low overhead in a show of force to warn them away. Some reports state that one of the vehicles was a Shilka anti-aircraft artillery system, so this show of force may have come at substantial risk the aircrews who flew it. Once it was clear that tactic didn't deter the convoy's progression, the coalition aircraft dropped on at least one of the vehicles, with pinpoint results. It is not clear at this time how many vehicles were destroyed in the action but the remaining vehicles either turned around or were destroyed as well.

In a report by Defense News, Jennifer Cafarella, a Syrian civil war expert with the Institute for the Study of War stated: "The stated intent of that pro-regime convoy was to reopen the Damascus-Baghdad highway... I think the pro-regime coalition intended to test U.S. resolve and found it appropriately intact when it comes to force protection."

Iranian-backed Shiite militias, in particular Hezbollah, have fought alongside Assad's army and Russian special operations teams to keep the Assad regime intact. Israel in particular has kept a close eye on Hezbollah's activities in Syria, and has consistently struck arms transfers that occur in the country from Iran to the militant group.

It is not clear exactly who the militia unit involved in the incident was directly affiliated with, but it is possible Iran will respond to the strike in some fashion. So far there is no official statement out of Tehran.

We will keep this page updated as more information comes available.

UPDATE: 12:15pm PST- Here is CJTFOIR's statement on the engagement, which states Russia tried to keep the convoy from proceeding toward the base:

UPDATE: 12:42pm PST- The coalition base near An Tanf was also recently the site of a hellish firefight with ISIS.

From Thehill.com: “We notified the coalition that we were being attacked by the Syrian army and Iranians in this point and the coalition came and destroyed the advancing convoy,” Muzahem al Saloum, from the Maghawir al Thwra group, said.