It’s a universal truism that terrorists are bound only by the limits of their creativity when they plot how, where, and when to strike. On the other side of the equation, it’s equally true that government security forces are always in the undesirably position of being on guard for nearly every potential attack they can think of, whether or not they ever occur. But sometimes you have to wonder if this “constant vigilance” has gone too far.

In May 2017, the United Kingdom’s Foreign Office issued a terrorism-related travel advisory for the British Antarctic Territory. For those who have probably never heard of it, this is a 660,000 square mile slice of Antarctica that the United Kingdom first claimed in 1908, which has two permanent research stations and an average population of around 250 people. Winter temperatures at Halley Station, which is the closer of the two to the South Pole, are generally balmy minus 4 degrees Fahrenheit or below.

And yet, “although there’s no recent history of terrorism in the British Antarctic Territory, attacks can’t be ruled out,” the Foreign Office’s statement reads. “There’s a heightened threat of terrorist attack globally against U.K. interests and British nationals, from groups or individuals motivated by the conflict in Iraq and Syria. You should be vigilant at this time.”

Security experts have been understandably baffled. It’s not just that there is no recent history of terror attacks in the “BAT” or Antarctica broadly. There is no history of them in the region what-so-ever.

The closest reference to terror of any kind is the snow-and-ice-covered Mount Terror on Ross Island. But Royal Navy officer and explorer Sir James Clark Ross named this feature after his second ship, the HMS Terror. Ross Island is also home to Terror Point, Terror Saddle, and Terror Glacier and there is Terror Rift in the surrounding Ross Sea. There’s no indication of an ISIS cell in the area, though, where wildlife like penguins and seals generally outnumber people.

“MI5’s then-Director-General once said there was a terror threat almost everywhere except Antarctica,” British Army Colonel Richard Kemp, who led the United Kingdom’s forces in Afghanistan in 2003, told The Sun tabloid, using the common name for the U.K.'s Security Service domestic security agency. “Now they’ve put Antarctica on the list. We expect guidance based on intelligence, not a pointless exercise in back-covering — unless I’ve missed the Islamic State Polar Brigade.”

Kemp, who was also previously part of a U.K. government Cabinet Office Briefing Room crisis response group, or COBRA committee, was suggesting the Foreign Office made the move in response to accusations it had not adequately warned British nationals about visiting Tunisia in 2015. That year, gunman with a local ISIS faction went on a rampage along the beach in the resort town of Port El Kantaoui, near the city of Sousse. The majority of the 38 victims who died in the attack were British tourists.

To be fair, tourists do visit the region every year to see the wildlife and picturesque landscapes. The Sun found the United Kingdom’s diplomats had used the same canned language for alerts applied to Antigua and Barbuda, the Falklands, and Iceland, indicating it may just be a generic warning for British vacationers anywhere in the world. Earlier in 2017, someone did take a jab at U.S. President Donald Trump’s hard-line rhetoric on terrorism by joking that he planned to target non-existent militants in Antarctica, but otherwise a cursory Google search doesn’t turn up any actual talk or evidence of increased risk in the area.

Of course, the remote region hasn’t been able to entirely escape criminality over the years. In a bizarre episode in 2003, the U.S. Federal Bureau of Investigation (FBI) teamed up with Romanian authorities to arrest a pair of individuals who claimed to have hacked into the server at the U.S. National Science Foundation’s Amundsen-Scott South Pole Station science research facility. The two criminals said they would sell off stolen scientific data unless American officials paid them an unspecified ransom. We don't know what information the thieves obtained that they thought was worthy of a pay day. The site supports research into astronomy, astrophysics, air and ozone, and seismic science, according to the official website. NASA has used the forbidding locale to simulate "off-world" environments, too.

Their threat fell apart due to Amundsen-Scott’s unique position. Due to intermittent satellite coverage at the time, the station only had internet access for part of the day to begin with, allowing contractors on the site to quickly isolate the infected computer during the down time. The FBI and Romanian law enforcement ultimately tracked down the hackers, who were wanted in connection to crimes in the continental United States, including credit card fraud, as well.

“Our improved international relations helped us tackle crime on the South Pole,” Cassandra M. Chandler, then the FBI’s Assistant Director for Public Affairs, told a gathering at the U.S. Air Force’s National Air and Space Intelligence Center in September 2004. “That's right, Antarctica. A United States scientific research station located in the coldest spot on the planet called us for help after their computer systems had been hacked into and their data corrupted.”

“Because of the sub-freezing temperatures, it was impossible to send agents to the scene – no aircraft could land or take off from the site for months,” she continued. “But working from thousands of miles away, our investigators were able to trace the source of the intrusion to a server outside Pittsburgh. From there, we identified two Romanian suspects. Thanks to the cooperation and hard work of the Romanian authorities, they were arrested outside Bucharest shortly thereafter.”

So, it’s probably important to never say never. But when it comes to terrorism, we still think Antarctica is probably one of the safest places to be. 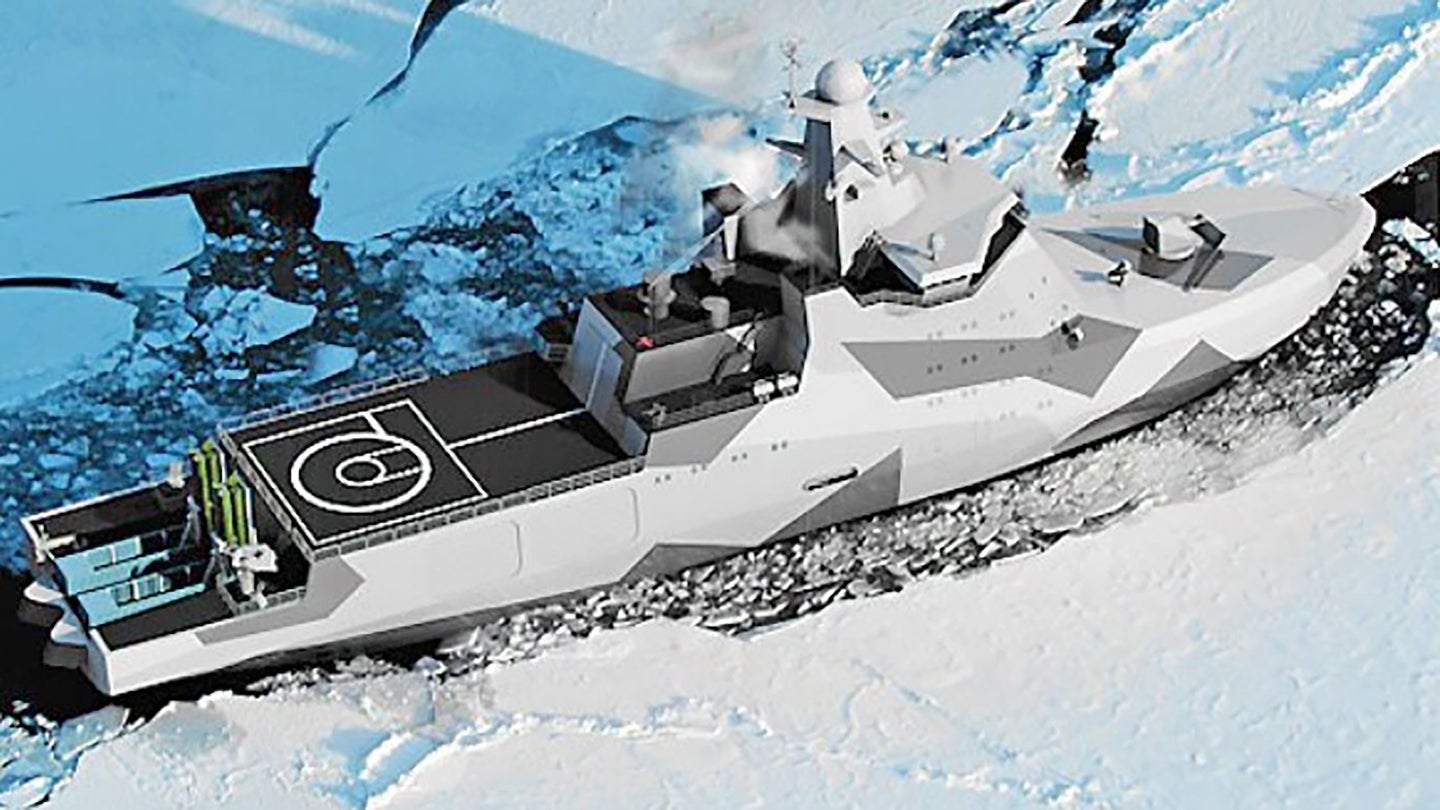 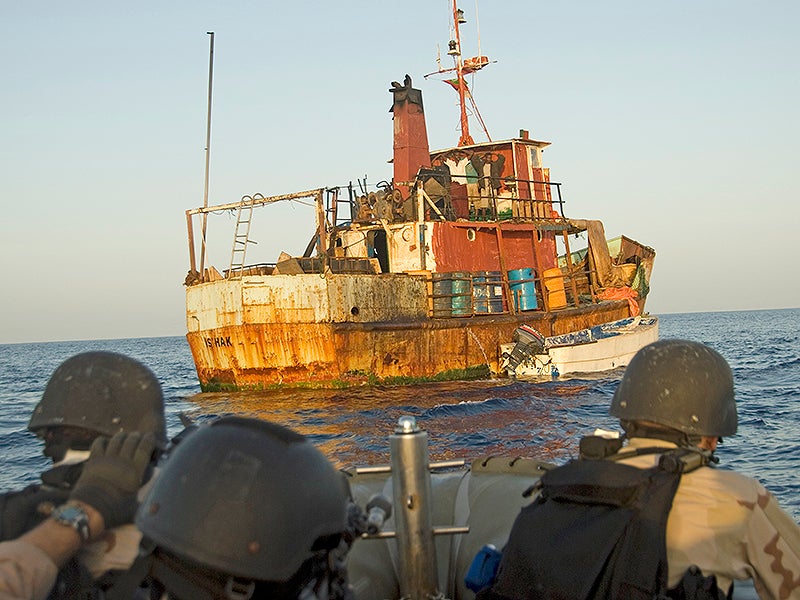