CNO Richardson thinks he’s on the cusp of some type of monumental transformation in the way America fights on the high seas, but he can’t tell us what it is exactly. 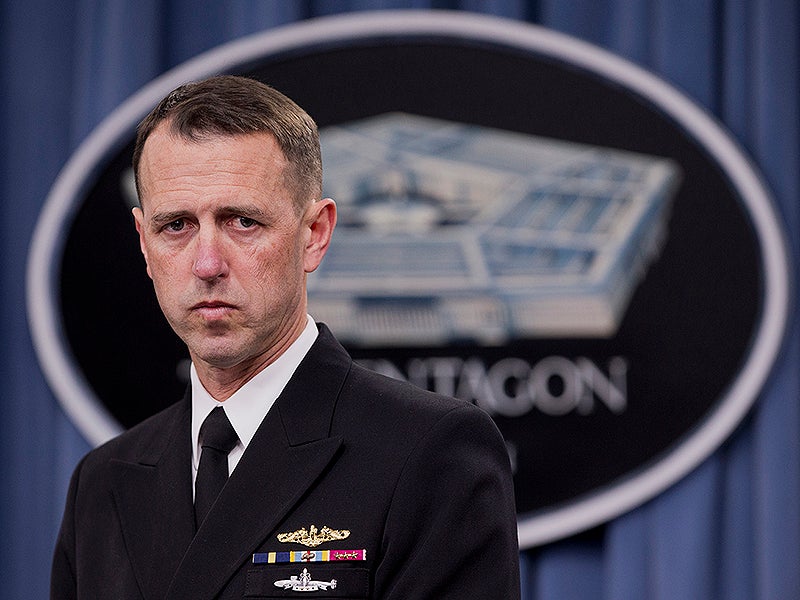 Chief of Naval Operations Admiral John Richardson is making a big push for more ships, and wants to change the way ships are designed and procured. But that is nothing really new, what is new is a somewhat cryptic statement made by the admiral about some major revolution in naval warfare that seems to go beyond what has been discussed openly by Navy officials in the past.

According to Defense News, the Admiral would not go into any detail about this grand revolution.

Richardson did continue to press for an immediate increase in shipbuilding to help confront growing threats from China and Russia, stating:

He also discussed how he would like to change the way ship's are procured, stating:

“I would challenge the assumption that it takes that long to design and build things... The hull and power plant will last ostensibly the life of the ship. But then to design the rest of it, to use the very latest technologies we have now, that’ll be a step forward. But also to step into the future faster, to modernize faster. We’ll be much more modularized, much more compatible. You can iterate your way into the future with faster steps. You’re got part of the ship built to last, and part of the ship that’s built to grow and be modernized.”

This modular concept of design is nothing really new. The Littoral Combat Ship was supposed to leverage this concept and has failed miserably at doing so. The Navy has shown little sign of injecting these concepts on a grand scale into its new Arleigh Burke Flight III class destroyers. Concurrently building a new ship around unproven systems that are still being designed and tested has also caused major issues with the Navy's new Ford class supercarriers, a reality that continues to make major news even as the ship enters sea trials.

One could think that the Admiral's puzzling statement is talking about net-centric warfare, which includes remote targeting/cooperative engagement capabilities, distributed lethality and other advanced concepts, but those have been around for some time, and he even mentioned them as well in his comments on Monday, saying:

“There’s a new dimension, the power of networking, that allows adaptive combinations to emerge... It’s not all about the platforms.”

Air Force Chief of Staff Goldfein has made near identical remarks recently, but there is no reason why he wouldn't just explain that is what he was talking about when he teased some huge transformation in naval warfare.

This is not the first time one of the Pentagon's head honchos outright teased transformative capabilities that remain outside the public eye. Last year Defense Secretary Ashton Carter dangled a similar statement in front of the press regarding secret air combat capabilities.

So what exactly is the Admiral referring to? Is it some new type of technology, or a cocktail of technologies that will be packaged together. It it's the former, than why not just say so?