In the early 1990s, one of America's B-52Gs, serial number 58-0248, was emblazoned with nose art displaying a puzzling nickname: "In HARM's Way." The story of how the bomber got the moniker emanates from one of those bizarre sets of circumstances that only war seems to provide.

The incident occurred during Operation Desert Storm, on a nighttime raid deep into Iraqi territory. A brace of B-52s were interdicting into Iraqi airspace at very low-level using their nap-of-the-earth flying capabilities. The tactic was used early in the war in an attempt to avoid deadly anti-aircraft artillery and surface to air missiles—both of which Saddam Hussein's forces have plenty of—as well as roving fighters.

High above the B-52Gs were a flight of F-4G Wild Weasels tasked with protecting the strike package from enemy air defenses via "suppressing" any enemy emitter that popped up near their path. This is done by firing AGM-88 Hight-Speed Anti-Radiation Missiles (HARMs) at those emitters. The HARM will then home in on the unique electronic emissions characteristics of the radar targeted, and blow it to pieces.

The specific electromagnetic "fingerprint" of different emitters, such as different types of fire control radars, are classified based on an ever evolving electronic threat library maintained by the Pentagon and America's intelligence services. Everything from espionage to spy plane missions are used to keep this library as up to date as possible, and aircraft with radar warning receivers, and especially those tasked with attacking enemy air defenses, have their onboard threat libraries updated regularly with this information.

The B-52Gs, even with their low-altitude penetration capabilities and electronic warfare suites, were still vulnerable to multiple types of enemy attack—including by roving fighters that could fall in behind the big bombers and open up on them with cannons and short-range missiles. Just one lucky Iraqi MiG or Mirage, also flying low to counter coalition fighter and airborne early warning and control aircraft radars, that stumbled upon the bombers could be devastating.

This was still the age when B-52s retained their tail guns, and those tail guns used radar for targeting enemy fighters at close-range. As the bombers roared across the dark desert floor, B-52 "gunners" intensely monitored their scopes for marauding enemy aircraft while electronic warfare officers watched for missile launches. At just a couple hundred feet off the ground, crews would have little time or space to react if their aircraft were pounced.

Suddenly a F-4G crew picked up the radar of an anti-aircraft artillery battery in the B-52s' path and fired off a HARM from on high. What happened next is the most opaque part of the story, but what seems to have occurred is that the F-4G fired the missile "in the blind," without a specific threat radar being classified before launch. Apparently this was due to the fact that multiple types of anti-aircraft artillery radars have very similar electronic signatures, so many of them were classified simply as AAA by default. Some claim the F-4G crew actually mistook the B-52's tail gun radar or its missile warning system by accident, but it seems like a real threat did exist, with the unique geometry of the engagement being the catalyst for near disaster.

As the nearly 14 foot long, 800lb missile dove toward its target in the dark abyss below, accelerating on its way to mach two in the process, its seeker inadvertently locked onto one of the B-52's AN/ASG-15 tail gun targeting radar system, otherwise known as the Defensive Fire Control System (DFCS). Others claim the HARM locked onto the bomber's AN/ALQ-153 missile warning system. Like the AN/AGS-15, the AN/ALQ-153 used a radar system. But in its case that system was used to detect incoming missiles.

Apparently, this was possible because the B-52's tail radars are similar to those used by AAA batteries, and were also classified to the default general AAA designation. As such, the missile was drawn to the B-52's tail instead of the AAA site the Wild Weasel crew was trying to put out of commission.

The missile's 146 pound warhead detonated just behind the big bomber, ripping off various pieces of the aircraft's empennage, including pretty much everything behind the vertical stabilizer and blasting other surfaces, including the horizontal stabilizers, with shrapnel. The aircraft's tail gun system and missile warning system were totally obliterated.

The badly damaged aircraft skewed about in the darkness low over the desert, the crew struggled to regain control of the stricken bomber, dropping to just feet above the ground in the process.

Amazingly they were able to limp the stricken jet back to Prince Abdullah Air Base in Jedda, Saudi Arabia, landing without a drag chute—it was streamed out the back of the B-52 as a result of the explosion, and immediately collapsed as the jet was going hundreds of knots above its maximum deployment speed.

The jet was patched together crudely and ferried thousands of miles to Andersen AFB in Guam where it would receive much more comprehensive set of fixes. Eventually it was returned to the fleet with new nose art and a new nickname: "In HARM's Way."

The B-52 served brilliantly in Desert Storm, secretly launching GPS-guided cruise missiles and dropping nearly one third of the tonnage of all air-to-ground weapons during the war. By 1992, all tail guns were removed from the entire B-52 fleet as part of a cost saving and tactics shifting measure, although the AN/ALQ-153 remained. Just two years later, in 1994, the B-52G fleet was retired, including 58-0248, leaving just the B-52H to soldier on for decades to come. 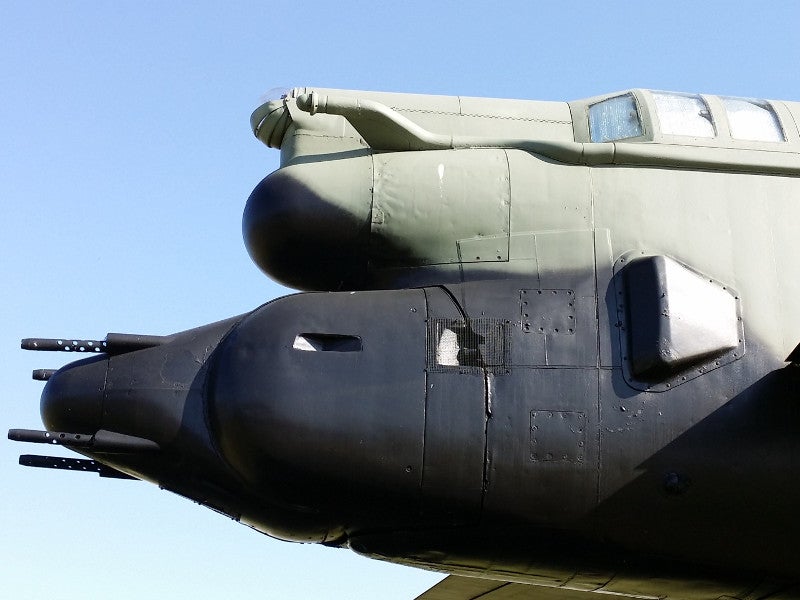 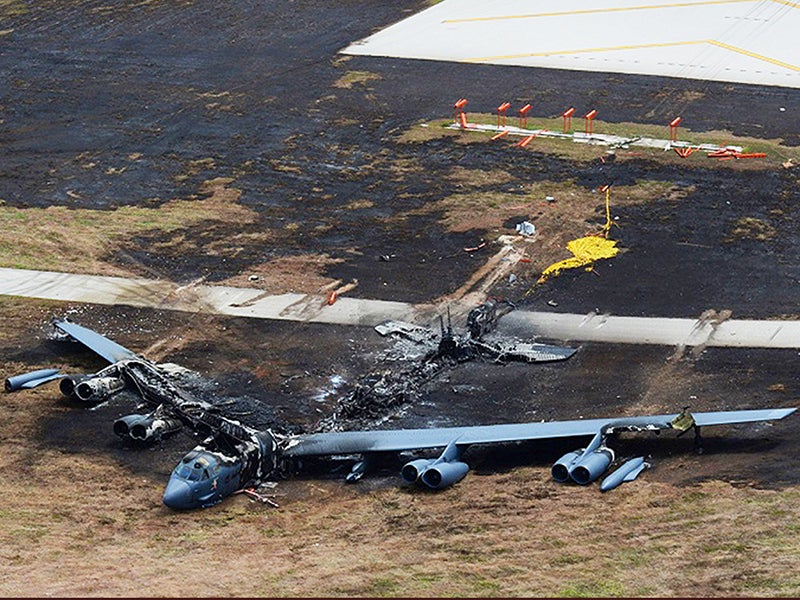 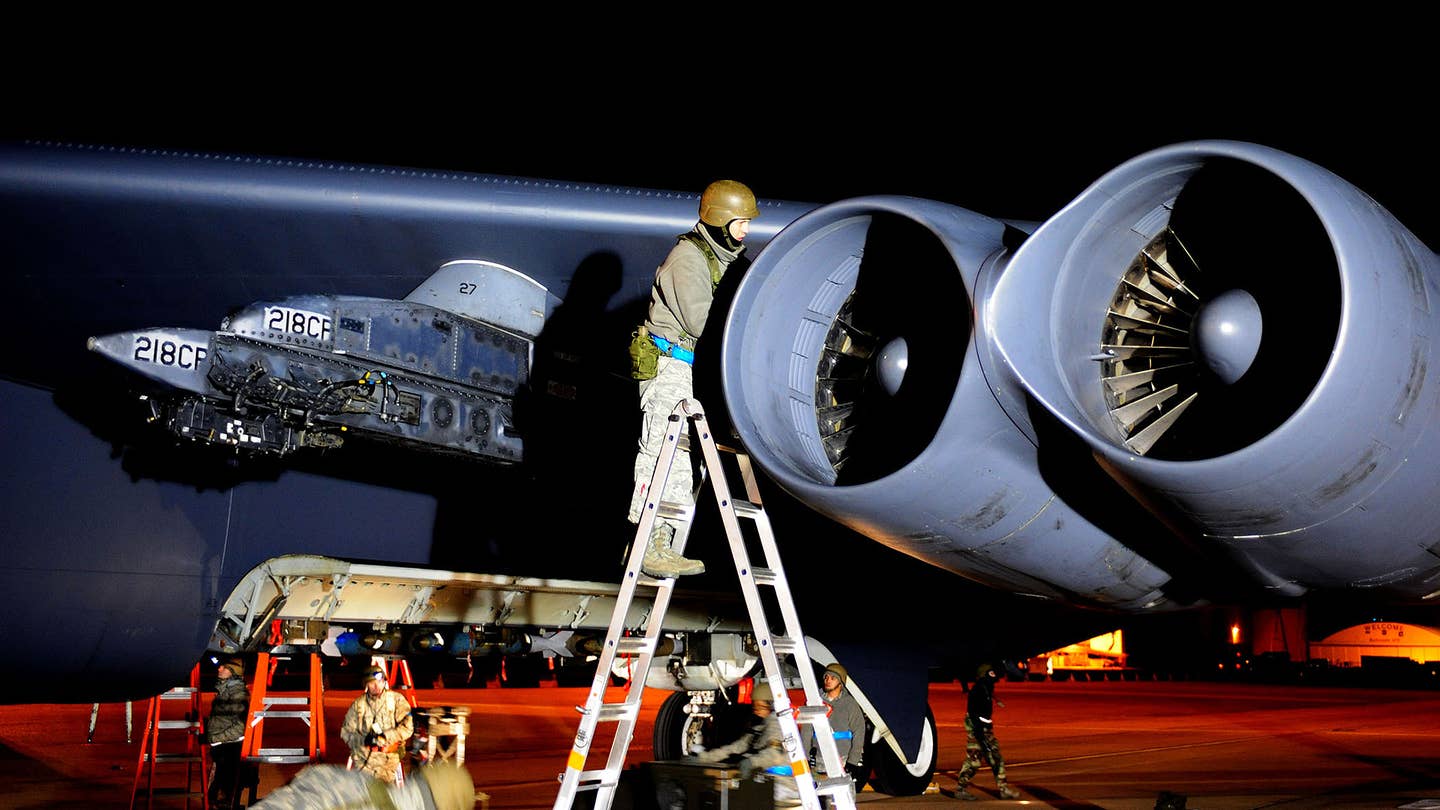 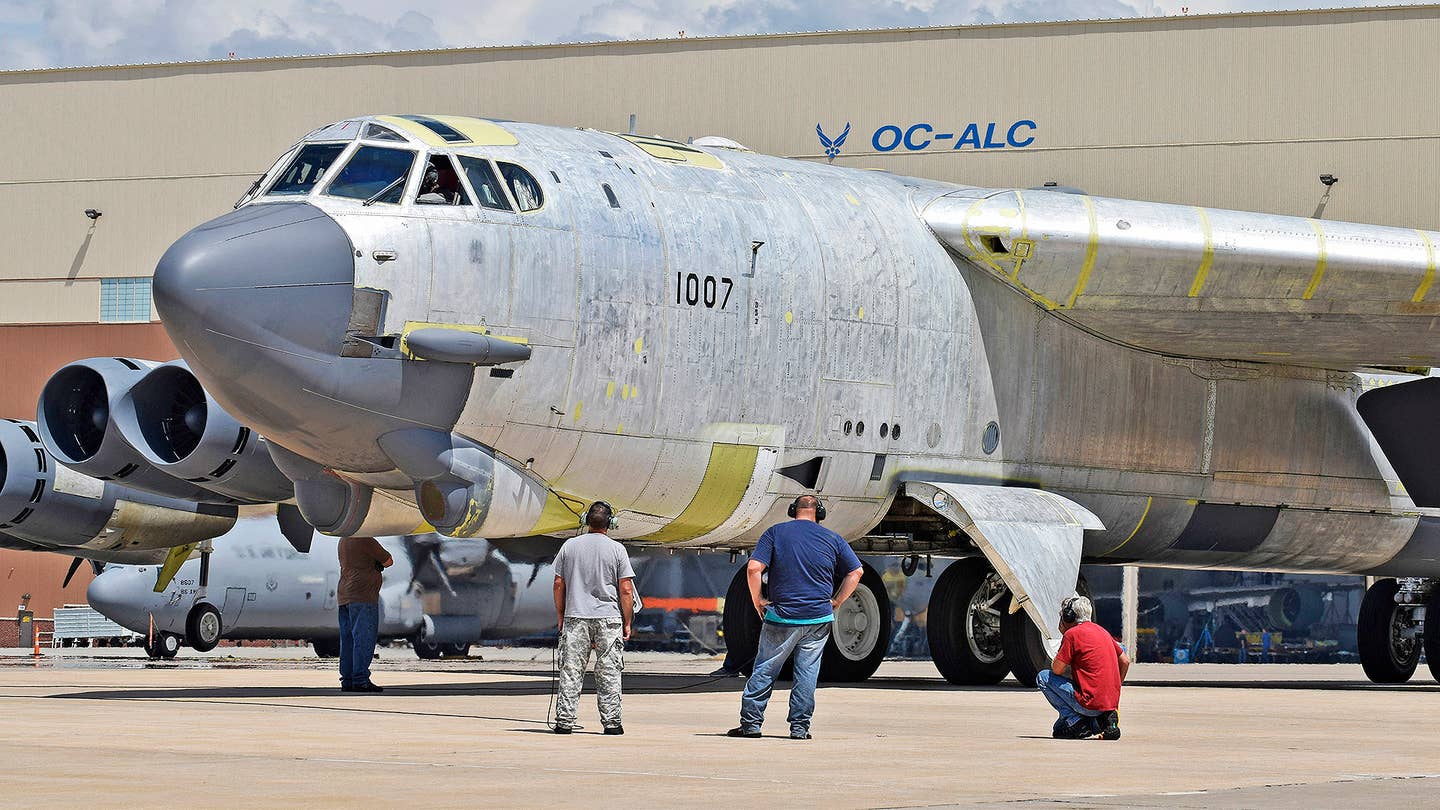