While the M2 Browning .50 caliber machine gun and its derivatives continue to be deadly weapons despite a basic design that’s nearly a century old, few would argue that at it could do with shedding a little weight. Unfortunately, lightweight versions and alternatives have almost universally turned out to be poor substitutes. So, the U.S. Special Operations Command (SOCOM) and U.S. Marine Corps are looking to go in a different direction and potentially buy a weapon that sits somewhere between the iconic “Ma Deuce” and lighter 7.62mm machine guns.

On May 11, 2017, SOCOM and the Marines posted a notice on the U.S. government’s main contracting website, FedBizOpps, looking for information from companies on their ability to build as many as 5,000 machine guns chambered in .338 Norma Magnum. This round is more commonly associated with long-range precision rifles.

“This is only for Market Research, but may result in an invitation to an open discussion with the U.S. Government,” the announcement makes clear. The description does not mention any particular design by name, but gives a number of key parameters.

The belt-fed “lightweight medium machine gun” (LWMMG) should be less than 24 pounds, have a barrel 24 inches long, and be able to fire somewhere between 500 to 600 rounds per minute. Special operators and Marines want a weapon that is accurate against area targets, such as groups of individuals or vehicles, out to a range of more than 2,000 yards.

Accessory wise, the gun needs to have a lightweight tripod and standard mounting points for optics, laser aiming systems, and more advanced fire control systems still in development, which might include ballistic computers that calculate where the bullet might land at certain distances. SOCOM and the Marines are looking for a system that can easily accept one of two different barrels, a regular version and a sound suppressed type. For use on vehicles and watercraft, the LWMMG should fit into existing mounts for the 7.62mm M240B and C machine guns.

If these parameters sound at all familiar, that’s probably because they do describe one existing machine gun. While SOCOM and the Marines might not have asked for information on any specific gun, what they outlined was General Dynamics Ordnance and Tactical Systems' LWMMG.

In 2009, the Florida-headquartered subsidiary of defense contractor General Dynamics had identified what it felt was a machine gun “gap” and began working privately on a solution. The firm’s engineers felt that American combat experiences during the War on Terror had shown 5.56mm M249 squad automatic weapons and the aforementioned M240 light machine guns were man-portable for mobile operations, but might lack the range and power to attack enemies at longer ranges or behind hard cover. The venerable M2 was able to get at those opponents, but was simply too heavy for regular, day-to-day patrolling.

What the company ultimately crafted was a 24 pound machine gun with a 24-inch barrel firing the .338 Norma Magnum round at a sustain rate of fire of 500 rounds per minute. By 2014, engineers successfully demonstrated it could accept a sound suppressor, too. A complete package with its tripod, spare barrel, a 6x Trijicon ACOG optic, and 500 rounds of belted ammunition, was approximately 105 pounds. An M2 with a similar collection of gear would be three times heavier.

At the same time, the weapon boasted impressive terminal effects, having twice the muzzle energy of the U.S. military’s standard 7.62mm round, helping keep the gunner on target and the rounds accurate, even at long ranges. According to General Dynamics, the LWMMG could pierce through level III body armor at 1,000 yards and break lighter vests at 1,500 yards. The weapons maximum effective range against groups of enemy troops was 1,700 yards, more than twice that of an M240B. On top of that, the prototypes had an improved recoil system that reportedly made them just as controllable as a smaller 7.62mm weapon, also eliminating the need for heavy or recoil-absorbing vehicle mounts associated with the M2. And you could fire the weapon just as well on the move from a bipod as a tripod.

A primary driver of U.S. military machine gun development, the U.S. Army has been well aware of the range and portability issues, too, but has focused primarily on reducing weight in order to make 7.62mm and .50 caliber weapons more useful in dismounted operations. Regular soldiers in Afghanistan evaluated SOCOM’s Mk 48 Mod 0, a 7.62mm relative of the M249. The standard M240B infantry gun weighed more than 30 pounds empty, while the Mk 48 came in at under 25 pounds even with a 100 round belt of ammunition. Troops were reportedly so happy with the guns that there was briefly talk of units in the country completely replacing their M249s with the larger guns. To help soldiers take the larger guns on more regular operations, the Army’s Rapid Equipping Force went so far as to build a prototype action movie-esque ammunition backpack that fit both the Mk 48 and the M240.

Of course, there were certain deficiencies that came along with the lightened features. The gun's could overheat during sustained firing or shake so much during prolonged bursts as to be noticeably less accurate. The weapon's gas system had a tendency to foul quickly and needed regular cleaning. When it created the requirements for the Mk 48 machine gun, the U.S. Navy, which manages the program for SOCOM, only required the guns to shoot an average of 4,000 rounds before some sort of malfunction. By comparison, the base reliability requirement for the M240B was 7,500 means rounds between failure.

These factors might not have been problematic for special operators during short-duration missions, but were a major issues for broad, routine use by conventional forces. It may have been one reason that FN Herstal found no customers for the guns when the firm first proposed them in the 1970s. The Belgian company’s website clearly notes that it was only SOCOM interest in such a machine gun that prompted them to dig out the design more than two decades later.

Instead, the Army’s preferred solution was a dedicated lightweight version of the M240, called the M240L. With a titanium receiver and other weight-saving features, the new variant shed approximately five pounds. A shorter “assault” barrel cut that figure even further.

On the other end of the spectrum, a new, light-weight .50 caliber machine gun, the XM806, would replace the aging M2 in certain roles. Also known as the Lightweight .50 Caliber Machine Gun (LW50), this weapon was another General Dynamics product. The prototypes, with their tripods, only weighed 62 pounds, compared to the M2 on its mount, which was nearly 130 pounds in total. This meant that a two-man gun crew could readily carry more manageable portions, as well as ammunition, even on foot.

While the M240L did enter service, the XM806 ran into delays. By 2013, the Army had postponed the project indefinitely. The big issues were again reliability and ease of maintenance. As the service had found in nearly every previous attempt to replace or lighten the M2, the power of the .50 caliber round often wreaked havoc on these systems, wearing down and breaking parts in short order and literally shaking themselves apart. On top of that, General Dynamics’ new gun had the misfortune of also being reportedly overly complicated to take apart and repair.

So the capability gap remains. Now it appears SOCOM and the Marines have decided not to wait for the Army to come up with a solution. General Dynamics LWMMG, or a weapon from another manufacturer just like it, would be a distinct improvement over the M240 and M2 in many situations. The main issue would be the .338 Norma Magnum’s performance against heavier targets at range.

As it stands now, available .338 Norma Magnum ammunition – standard ball, armor piercing, and special, long-range types – is a perfectly fine substitute for the .50 caliber round at relatively long ranges, but only against soft targets like exposed personnel and light, essentially unarmored vehicles. The bullet simply does not have the weight or the space to mimic the effects or capabilities of the .50 caliber round – especially those with high-explosive and incendiary fillers – against light armored vehicles or fortifications.

That SOCOM and the Marines are only looking for a weapon that can fit existing mounts for M240s suggests they are aware of this limitation. But even in those roles, it would be a significant improvement. And the mention of the M240C is also interesting since the only vehicles in the U.S. military that use this version are the Army’s Bradley infantry and cavalry fighting vehicles and the Marine Corps’ LAV-25 8x8 wheeled scout vehicles. From this, the Corps would appear to be interested in mounting the new .338 machine gun turret in place of the smaller 7.62mm weapon in the LAV-25’s alongside the existing 25mm cannon.

It seems most likely that in the near future special operators and Marines could be fielding this new weapon, but that they will continue to use their existing 7.62mm and .50 caliber machine guns, too. 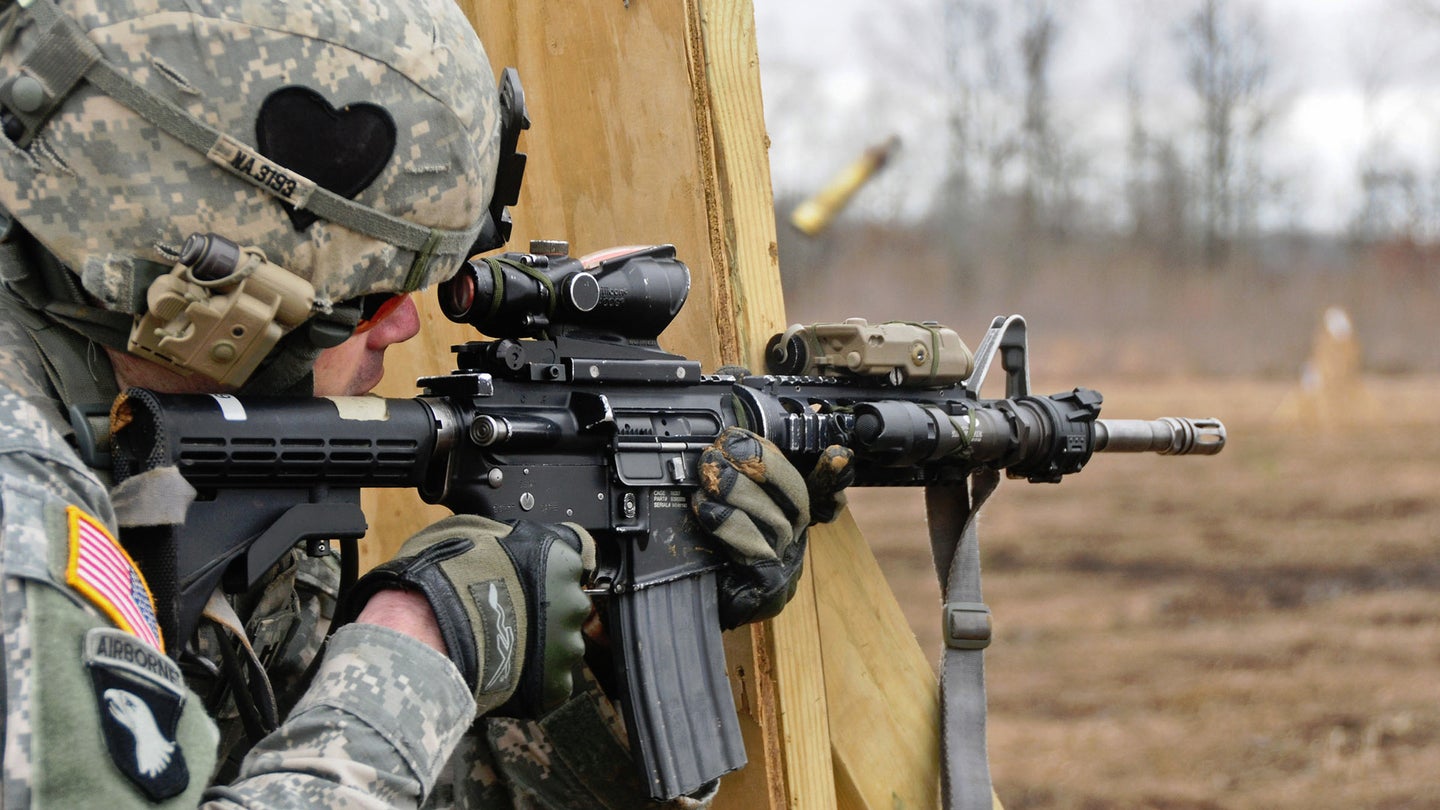 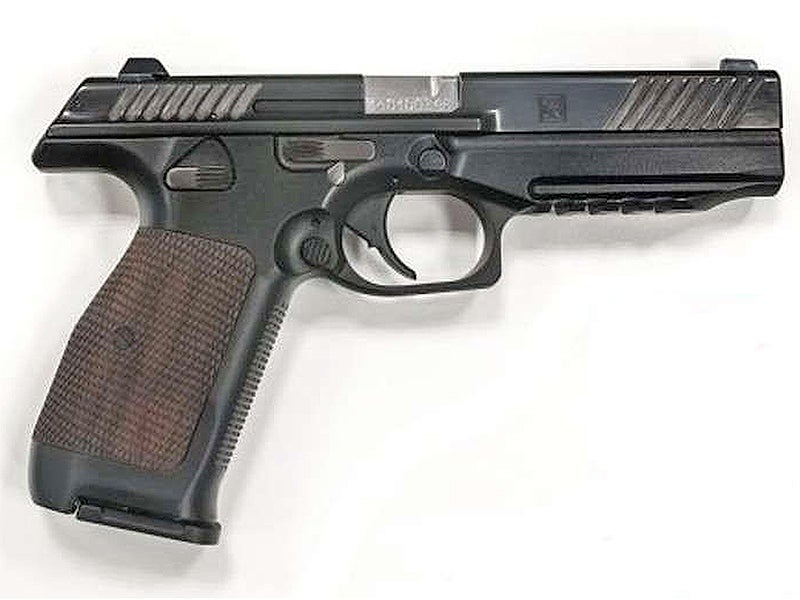 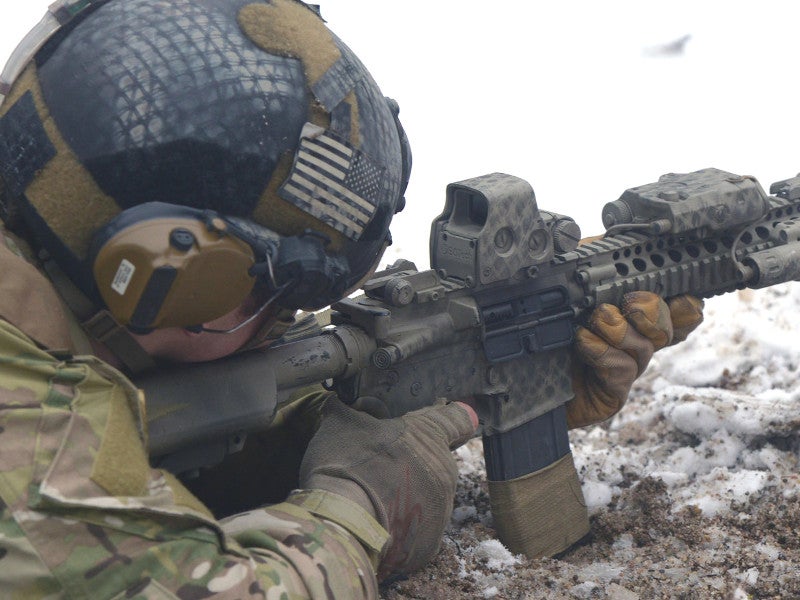 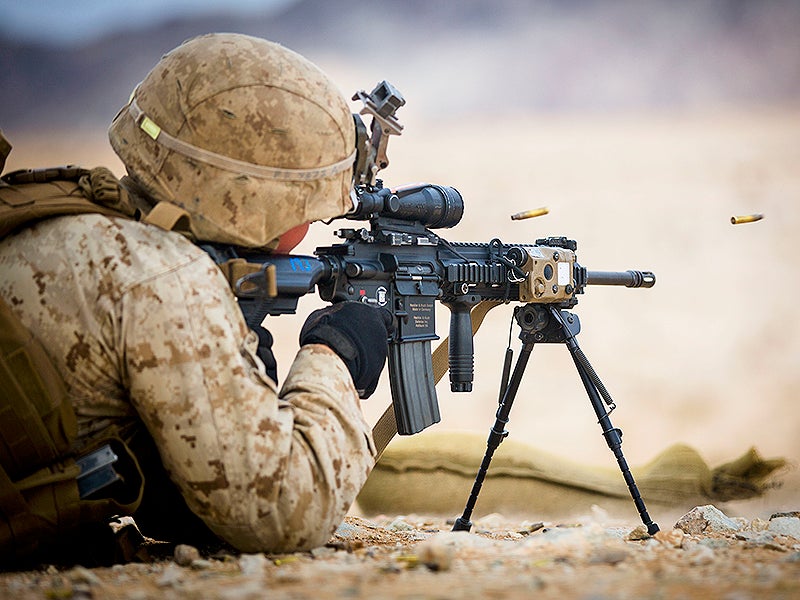 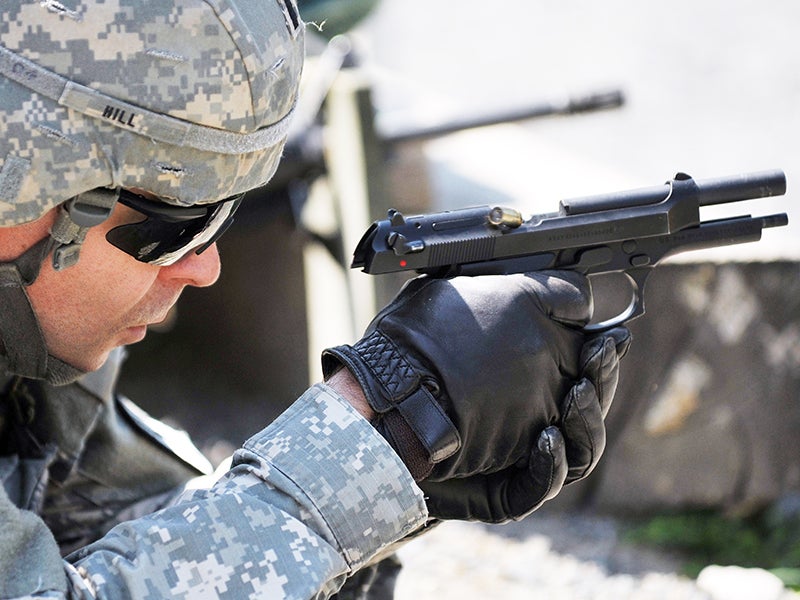