The potential threat to international commerce posed by naval mines remains palpable. This is especially true when it comes to their deployment around known geographical bottlenecks. When those bottlenecks convey a large portion of the world's daily oil supply, destabilizing any one of them could have massive economic and even life-safety repercussions around the globe. This is why the growing threat of naval mines in the Strait of Mandeb, the narrow body of water that ties the Red Sea to the Gulf of Aden, is so concerning.

This same area has been an anti-ship missile shooting gallery for Iranian-backed Houthi rebels in recent months. These acts have including a series of unsuccessful missile attacks on American surface combatants and a direct hit on a catamaran logistics vessel used by the UAE. A Saudi frigate that was patrolling the area was also struck by a high-speed drone boat packed with explosives.

Although missile and drone boat attacks garner big news, a threat just as deadly quietly looms in the form of sea mines that have been persistently deployed by Houthi rebels. These weapons have already struck local ships with devastating effects.

On March 11th a Yemeni Coastguard vessel struck one of these mines, killing two and wounding eight of its crew. The strike resulted in Yemeni forces executing a rudimentary anti-mine warfare operation in the area, in which multiple mines were found and disarmed. But more mines can easily be dumped into the water, and those already floating in the waterway can travel great distances via ocean currents.

Other barely reported mine strikes around the strait have occurred in recent months. Major General Ahmed Al-Assiri, the spokesman for the Saudi Arabian military, stated the following late last March:

“Just a few days ago there was an incident where a fishing boat hit a mine off the Yemeni shores. Seven innocent fishermen were killed in this incident. This signifies the threat of these mines which needs to be addressed."

The Saudi Navy has also been active in minesweeping operations on the southern stretch of the Red Sea. But these anti-mine warfare efforts don't seem to be sufficient for confronting the threat.

Now more mines—which the Yemeni government claims, as with other advanced weapons, are of Iranian origin—are popping up in the area once again. These latest sightings were made near Midi, a Yemeni port city on the Red Sea located just south of the Saudi border.

The mines were said to be relatively simple in nature, but that doesn't mean they wouldn't have catastrophic effects on ships moving through the area, many of which carry huge loads of oil and natural gas.

It is not clear at this point how the issue will be dealt with or by who. Sadly, it may take one of these mines to strike a foreign ship or one loaded with volatile cargo for an international response to occur.

Two months ago, the US Navy's Office Of Naval Intelligence released a warning stating the threat of naval mines is growing in the region and it has the potential to drastically disrupt navigation through the strategic waterway. The US Navy has also stated that they would do what it takes to keep the waterway open, but it isn't clear that any sort of a protracted minesweeping operation is underway.

The USS Ponce, which is capable of embarking MH-53E Sea Dragon minesweeping helicopters, was moved from its station in the Persian Gulf to close proximity to the Mandeb Strait last fall as part of a response to the anti-ship missile attacks in the region. As of late April, Ponce remains in the general area, although whether it is conducting minesweeping operations near the strait is unknown.

The U.S. Navy does maintain a robust anti-mine warfare capability in the Persian Gulf in anticipation of an Iranian mining operation witch could be executed by surprise. The ability for Tehran to order the rapid closing of both the Strait of Hormuz and the Mandeb Strait simultaneously via a sudden mining operations is a fear I highlighted years ago when the Yemeni civil war first kicked off. 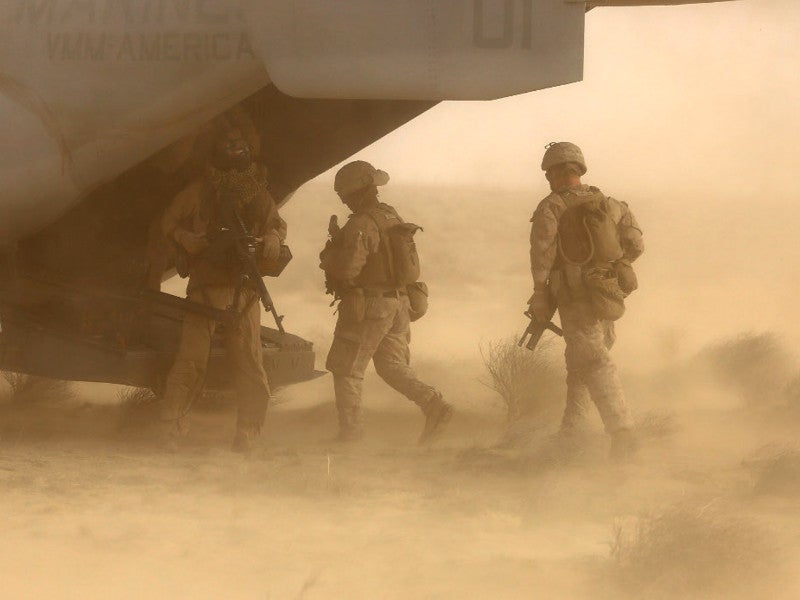 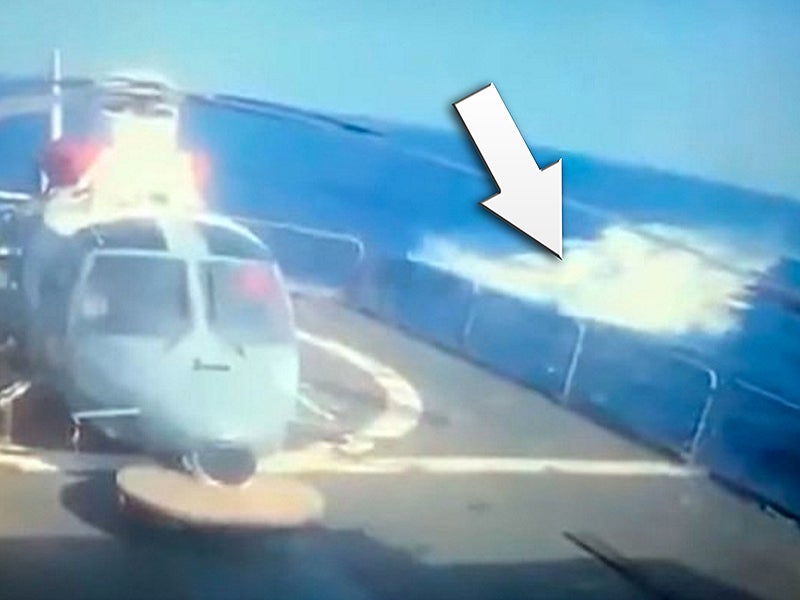 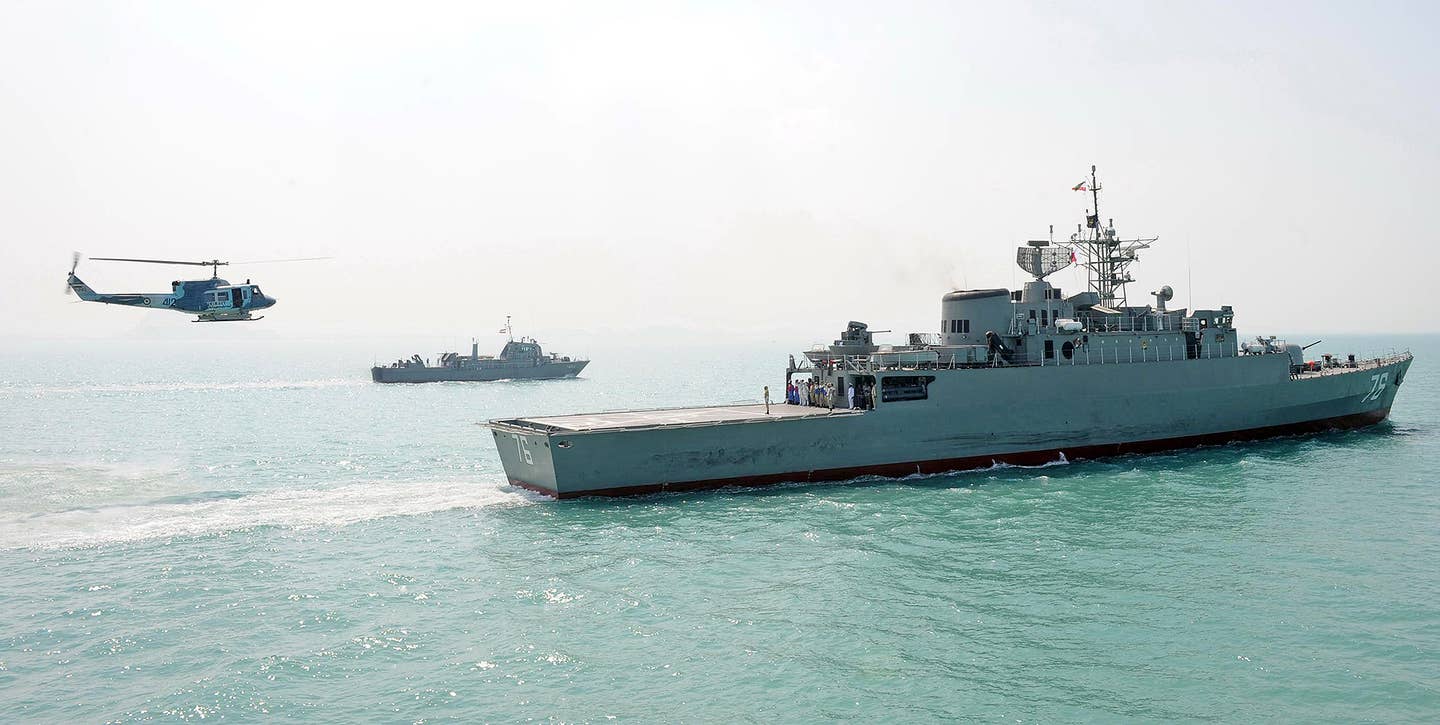 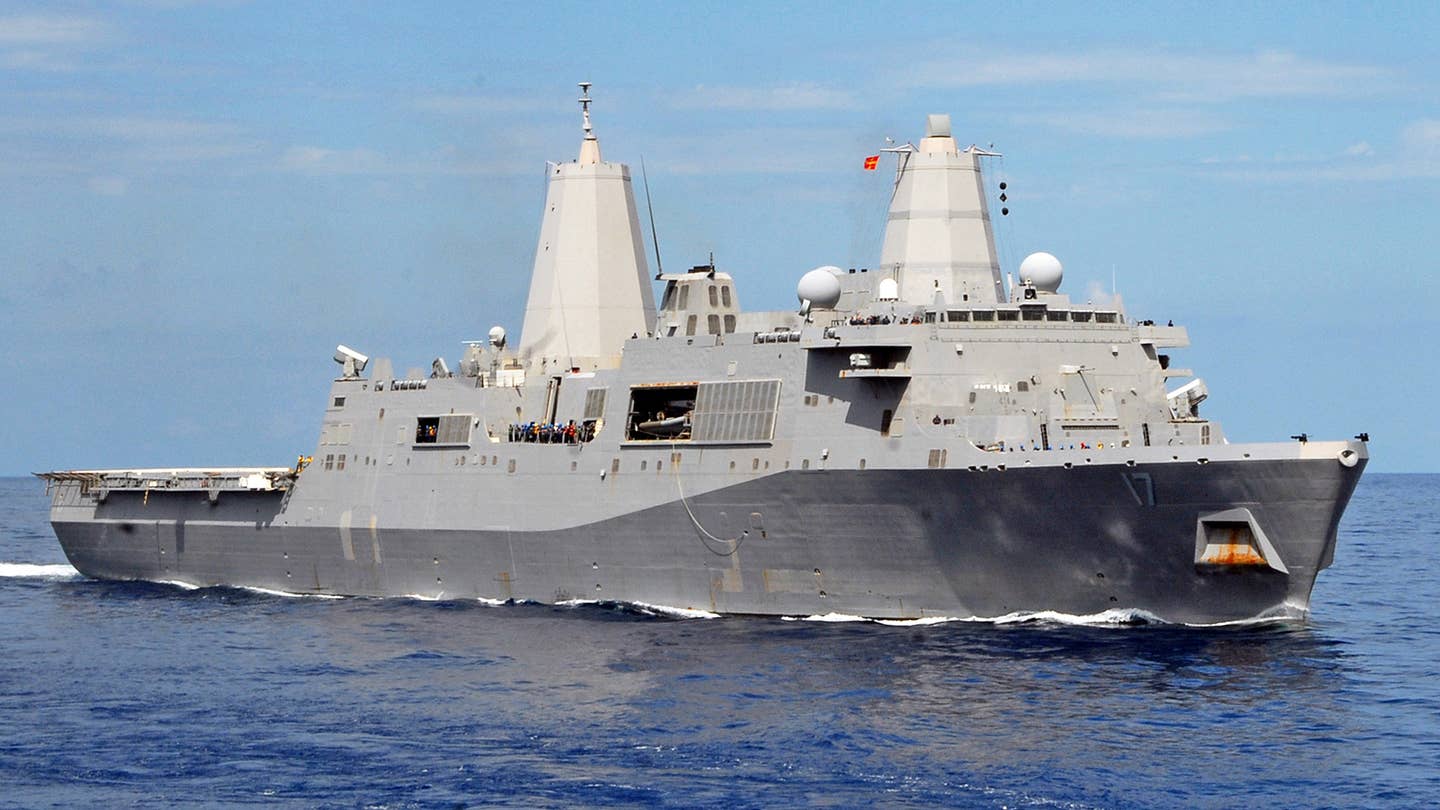