Three Boeing employees failed to follow the rules and created a dangerous fire hazard aboard the world's most recognizable jet. 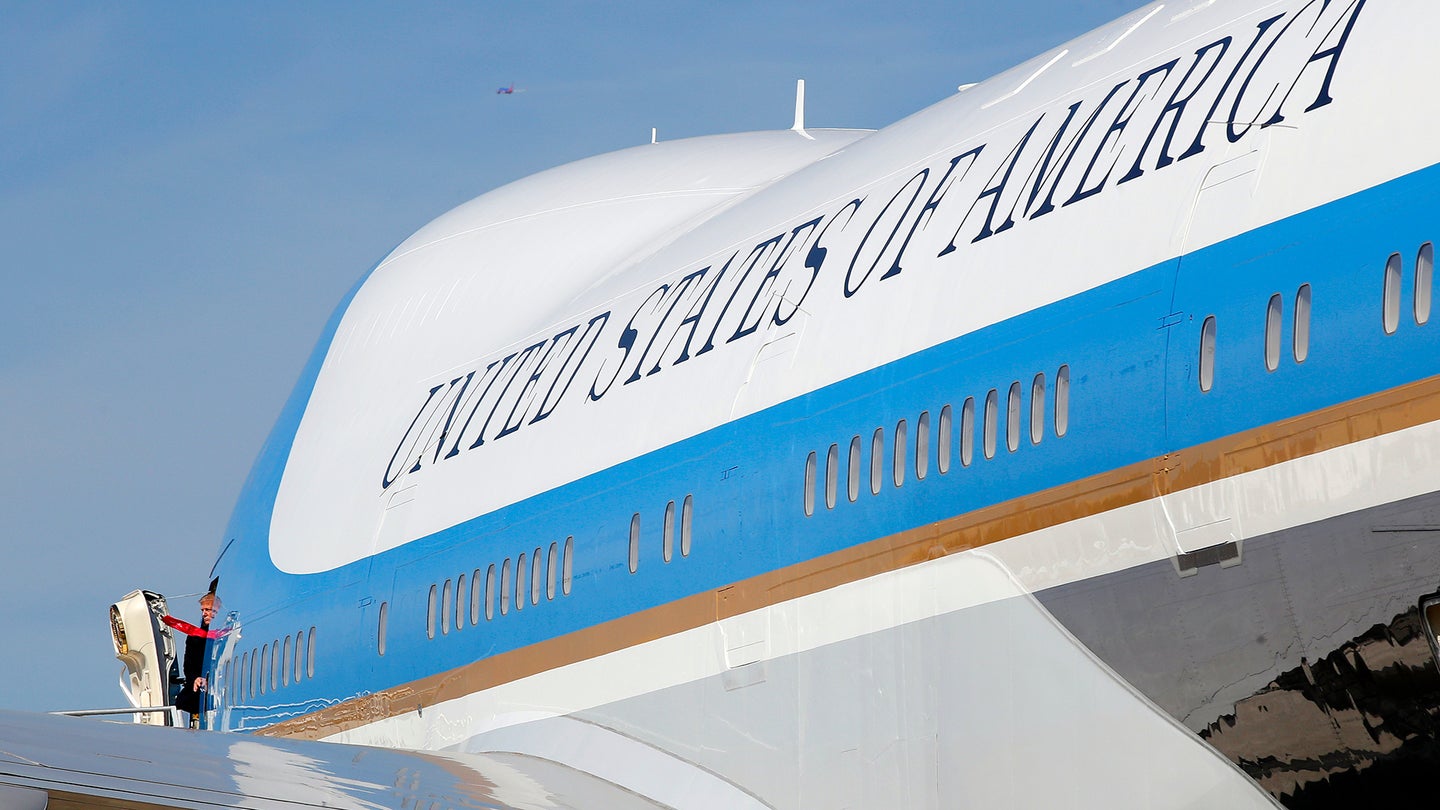 The U.S. Air Force has revealed that a parts mix up and a hasty decision to try and remedy the situation led to millions of dollars in damage to America’s most important aircraft, Air Force One. Boeing thankfully located the problem before a more serious accident occurred on the ground or in flight, but the accident was a direct result of serious problems at the aircraft manufacturer's maintenance facility.

Between April 1 and 10, 2016, contract maintenance personnel used contaminated tools and replacement parts while servicing the oxygen system on one of the Air Force’s two VC-25A aircraft at the Boeing Global Support Services’ site in San Antonio, Texas. VC-25A is the official designation for the pair of specially modified 747-200 aircraft the Air Force has on hand specifically to fly the President of the United States, their staff, and other accompanying press and dignitaries, wherever they might need to go. Popularly known as Air Force One, the planes are uniquely configured to allow the president of the United States to conduct their full range of duties safely and securely while airborne, even during a nuclear attack.

“To prevent a fire hazard, the VC-25A Aircraft Maintenance Manual (AMM) requires all tools and components used on the [mishap aircraft’s] oxygen systems to be ‘oxygen clean’ so contaminants do not exceed specified levels prior to oxygen system maintenance,” an executive summary of the report explained. You can read that brief review here.

What this means is that when working on Air Force One’s oxygen system, repair crews must make sure to use a special process to scrub any potentially dangerous chemicals from both spare parts and anything they use to manipulate them. Though not flammable by itself, oxygen is a powerful accelerant. It can also cause other powerful chemical reactions. Contaminating the sealed system could potentially lead to a fire, which could in turn quickly get out of control as it feeds on the oxygen inside.

The use of contaminated parts forced Boeing to replace significant portions of the oxygen system for safety reasons. The price tag for the repairs was over $4 million, which the Chicago-headquartered plane maker paid for in the end. In Pentagon parlance, the most severe accidents, called Class A mishaps, are ones that cause $2 million or more in damage or result in a fatality.

The summary report says that incident began when one mechanic mistakenly gave contaminated items to co-worker, who ultimately noticed the problem. Instead of stopping work and reporting the incident, the second individual, along with a third, located the problematic components, then attempted to clean them using a quick, ad hoc procedure. The second mechanic then put everything back together on the VC-25A. The summary does not include the names of any of the individuals involved in the mishap.

The full accident report notes that objects can become contaminated in the open air within two to five minutes, according to Air Force Times. After crews complete this kind of work, they need to put any unused items or tools through the cleaning procedures again before sealing them in an airtight container. The contamination to the rest of the system could have occurred when the parts were connected in the first place or when the mechanics reinstalled the improperly cleaned components the second time around.

The Air Force ultimately cited three separate human errors as causes of the mishap. The first was the second individual’s failure to follow “oxygen-clean” procedures, while the third was all three mechanics involved had not been able “to absorb or retain oxygen system training and failed to apply cleanliness procedures,” according to the Air Force’s summary.

The second issue centered on Boeing’s poor oversight of the San Antonio facility and subsequent quality control issues. The complete incident report found that the company had attempted to make up for schedule slips by having employees work 12-hour shifts, six-to-seven day a week for weeks on end starting in December 2015, according to Air Force Times.

In spite of this and without having verified the work, Boeing’s supervisory staff approved the repairs as satisfactory. Investigators also brought attention to the firm’s decision to move heavy maintenance operations for aircraft such as the VC-25A from its plant in Wichita, Kansas to San Antonio. As a result, the work became the responsibility of more than 150 individuals who did not meet the Air Force’s minimum experience requirements. Boeing sought and received waivers for these individuals after self-assessing the risks to be low.

On May 10, 2017, Boeing defended itself to Air Force Times, saying it was the one to notice the problem, that it accepted responsibility and reported the accident to the Air Force on its own accord, and that it paid for the repairs. “We fully understand the level of responsibility that comes from working on the president's aircraft, and we're committed to our partnership with the Air Force to provide the highest standard of support for the VC-25," Boeing spokesman Ben Davis said.

However, the accident is still significant since there are only two VC-25As. The entire point of having a pair of aircraft is so there is always one ready to go at a moment’s notice. The unscheduled or total loss of one could only severely impact the operations of the other. From time to time, depending on the situation, America’s top executive may use smaller aircraft, such as the Air Force’s C-32As, but these planes are nowhere near as capable.

And the Air Force is already concerned about the age of the existing Air Force Ones, which first flew in 1990. The service is currently working on developing the requirements for two replacement aircraft and hopes to get the pair of all-new Air Force Ones into service by 2024, at an estimated cost of at least $3 billion in total. President Donald Trump made the costs of Air Force One and the Air Force’s planned replacement aircraft an issue during election campaign and after his victory, a topic that The War Zone has previously reported on.

Until then, the Air Force needs the existing aircraft in top flying condition to serve the president's needs.