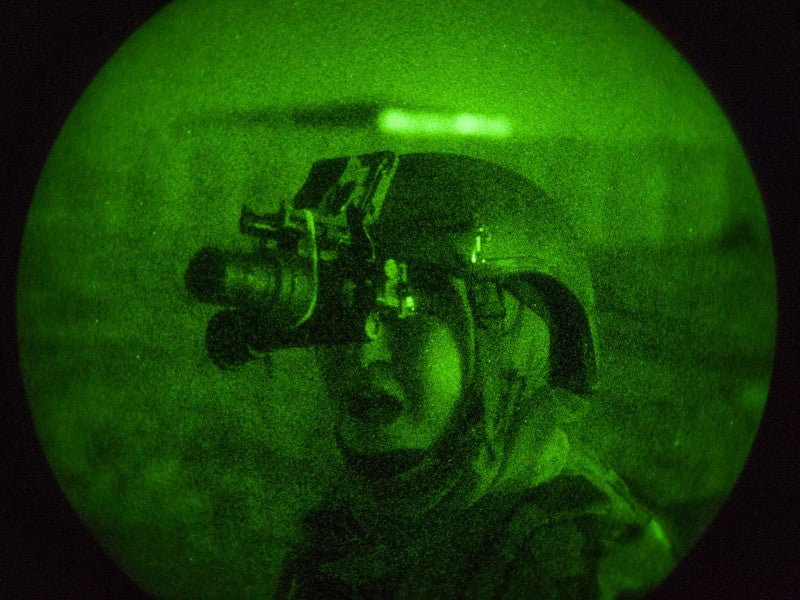 It’s no secret that American special operations forces have been actively hunting members of Islamic State’s franchise in Afghanistan, known as ISIS-Khorasan or ISIS-K. But official details about a raid in 2017 show that the Afghanistan government’s most elite unit, the shadowy Ktah Khas battalion, has been fighting alongside U.S. troops during the campaign.

On the night of April 26, 2017, helicopters inserted a combined force of American special operators, including U.S. Army Rangers, and Afghan commandos into the Mohmand Valley in Afghanistan’s Nangarhar Province. A firefight ensued that lasted into the early hours of April 27, 2017.

On May 7, 2017, top American command in Afghanistan announced Hasib had died in the raid. Two Rangers from the 3rd Battalion, 75th Ranger Regiment also died during the battle, possibly as a result of friendly fire. U.S. officials subsequently said they had launched a formal investigation into the circumstances surrounding their deaths.

The terrorist leader had orchestrated a complex assault on the Sardar Daud Khan National Military Hospital in Afghanistan’s capital Kabul on March 8, 2017. Wearing the uniforms of hospital employees, the attackers massacred more than 30 people and wounded dozens more, including doctors, other staff, and patients.

“This successful joint operation is another important step in our relentless campaign to defeat ISIS-K in 2017,” U.S. Army General John Nicholson, head of all American troops, said after his command announced Hasib’s death. “This is the second ISIS-K emir we have killed in nine months, along with dozens of their leaders and hundreds of their fighters.”

An American air strike killed the previous ISIS-K emir, Hafiz Saeed Khan, in July 2016. In late 2014, Khan and his fighters split from the Pakistani Tehrik-e Taliban and swore allegiance to ISIS founder Abu Bakr al-Baghdadi. The group was also the target of an aerial attack on April 13, 2017, in which a U.S. Air Force MC-130 special operations transport dropped a GBU-43/B Massive Ordnance Air Burst (MOAB) bomb for the first time in combat. That spectacular mission appeared to be in retaliation for the death another Ranger during operations in Nangarhar earlier in the month.

In addition, Nicholson took time to praise the Afghan troops who participated in the operation.  And in a rare acknowledgement, the press release named the unit involved as the secretive and obscure Ktah Khas.

Referred to variously as the Afghan Special Security Forces, the Afghan Special Unit, the Kteh Khas, the 1st Ktah Khas, the Ktah Khas Unit, or simply by the abbreviation KKA, the unit is the Afghanistan’s analogue to the U.S. Joint Special Operations Command (JSOC). The name is a phrase in the Dari language that literally translates to something along the lines of “to touch success,” but is often treated as simply meaning “special force” or “special unit.”

Sometime in 2009, Afghanistan’s Ministry of Defense established the unit with help from members of the 75th Ranger Regiment to assist the Americans on kill or capture missions, according to Leigh Neville’s 2015 book Special Forces in the War on Terror. Army Rangers were among the forces assigned to JSOC task force in the country, known at least for a time as Task Force 3-10, which had the job of tracking and neutralizing specific terrorists and militants.

Initially, U.S. commanders referred to the elite Afghan forces euphemistically as the “Afghan Partner Unit,” or APU. This generic terminology allowed them to talk about the unit without necessarily giving away details of its existence or the secretive American elements it was supporting. For instance, in 2010, the NATO-led International Security Assistance Force (ISAF) released a statement about an “Afghan-international security force,” which included an “Afghan partner unit” that had killed and wounded a number of insurgents while pursuing a Taliban sub-commander in Nimroz Province. This was likely the work of American special operators and the Ktah Khas.

In 2011, more details about the force had begun to leak out.” Little has been publicly revealed about this unit, but in Senate testimony former JSOC commander [U.S. Navy] Admiral William McRaven described it as an Afghan special operations unit ‘…that went on target with the JSOC forces forward to ensure that we had an Afghan that was, if you will, going through the door first, that was making first contact with the locals, in order to make sure that we kind of protected the culturally sensitive issues or items that were on target,’” the November 2011 edition of West Point’s CTC Sentinel magazine explained.

On March 21, 2012, more information emerged when U.S. Central Command released redacted copies of the documents associated with the investigation into the shootdown of a CH-47D Chinook known as Extortion 17. More than seven months earlier, Taliban fighters had knocked out the helicopter as it brought it a reaction force of U.S. Navy SEALs during a night raid to kill or capture Qari Tahir, one of the group's leaders, in the Tangi Valley in Afghanistan's Wardak Province. Interviews and other records noted that "APU" members had been part of the mission, touching off conspiracy theories that they alerted the militants to the operation.

By 2013, the battalion, by then known publicly as the Ktah Khas, had more than 1,200 personnel, including members of the Afghan National Police and the National Directorate of Security, Afghanistan’s main intelligence service. These individuals “give it unique law enforcement and intelligence capabilities,” a Pentagon review of activities during that year noted.

On top of that, the unit had previously added a group of elite female troops, first known as the Family Support Platoon (FSP) and then renamed the Female Tactical Platoon (FTP). “A concept based on the successes of the U.S. CST [Cultural Support Team] program, FSPs were developed to accompany Ktah Khas Afghan Strike Forces on missions and, working in conjunction with their CST counterparts, safeguard and interact with the women and children encountered during the conduct of special operations,” another U.S. report explained.

As of 2015, the battalion reportedly consisted of three strike companies, a military intelligence company, a training company, the FTP, and various logistics and other support elements. In December 2015, U.S. Central Command also denied in full the author’s Freedom of Information Act request for U.S. Forces Afghanistan records relating to the unit’s mission and structure.

By then, though largely unknown, the Ktah Khas had established itself as a capable partner in Afghanistan for America’s most elite special operations forces. “Many of the most dangerous insurgents currently held in Afghan prisons were captured or detained by the KKA,” the Pentagon’s 2013 report declared. In December 2015, unspecified Afghan forces, possibly the Ktah Khas, had freed 60 prisoners from the Taliban in the Now Zad District of Afghanistan’s Helmand Province, according to Vice News. The next month, the battalion rescued nearly 60 more individuals in Helmand’s Nahr-e-Saraj District.

Unfortunately, in spite of these successes, the force suffered from many of the problems that continued to plague the bulk of Afghanistan’s military and police. The Ktah Khas “are highly effective, but also highly dependent on U.S. counterterrorism forces (e.g., for intelligence, targeting, and air transportation),” according to an independent assessment of the Afghan National Security Forces that CNA Analysis and Solutions conducted for the Pentagon in 2014. “Significantly increasing the ranks of the elite Ktah Khas counterterrorism force is likely infeasible without lowering its recruiting standards.”

In January 2015, the unit had reportedly planned and an executed its first ever independent airmobile assault, using helicopters form the Special Mission Wing of the Afghan National Army’s Special Operations Command. However, the availability rates of the Afghan military’s Mi-17 helicopter fleet have long been a major cause for concern, and the country’s special operations elements have repeatedly poached both choppers and crews from the regular Air Force to meet operational demands.

The April 2017 raid into Nangarhar would seem to show that the Ktah Khas remains capable of operating with American forces, but is still dependent on support from the main U.S. special operations task force in Afghanistan. It’s not clear when that situation might change. Since President Barack Obama began drawing down American troops in the country in 2011, Afghanistan’s military and its elite forces in particular, have been under increasing strain.

U.S. Army Lieutenant General Joseph Anderson, then head of the ISAF Joint Command, told reporters on Nov. 5, 2014 that the Afghan National Security Forces’ casualty rate was “not sustainable.” In October 2016, The Washington Post reported that the Afghan National Army’s Commando Kandaks – elite light infantry battalions assigned to the country’s special operations command – were performing conventional day-to-day missions. In March 2017, Reuters reported officials in Kabul and their American advisors wanted to expand the country’s special operations contingents to a total of 17,000 troops, adding that these specialized forces were responsible for approximately 70 percent of all combat operations.

Then, in May 2017, there were reports that President Donald Trump and his administration were considering boosting American forces in the war-torn country in the face of a resurgent Taliban and continued difficulties in improving the quality of Afghan security forces. The proposal reportedly included a surge of at least 3,000 more U.S. troops into the country. The month before, a contingent of 300 Marines had returned to Helmand Province, where the Corps had previously run operations until 2014, to take over a vital advisory project.

Regardless, until Afghanistan’s regular forces become more capable, the country’s elite units – including the Ktah Khas – are likely to remain out front on operations against groups like the Taliban and ISIS-K.