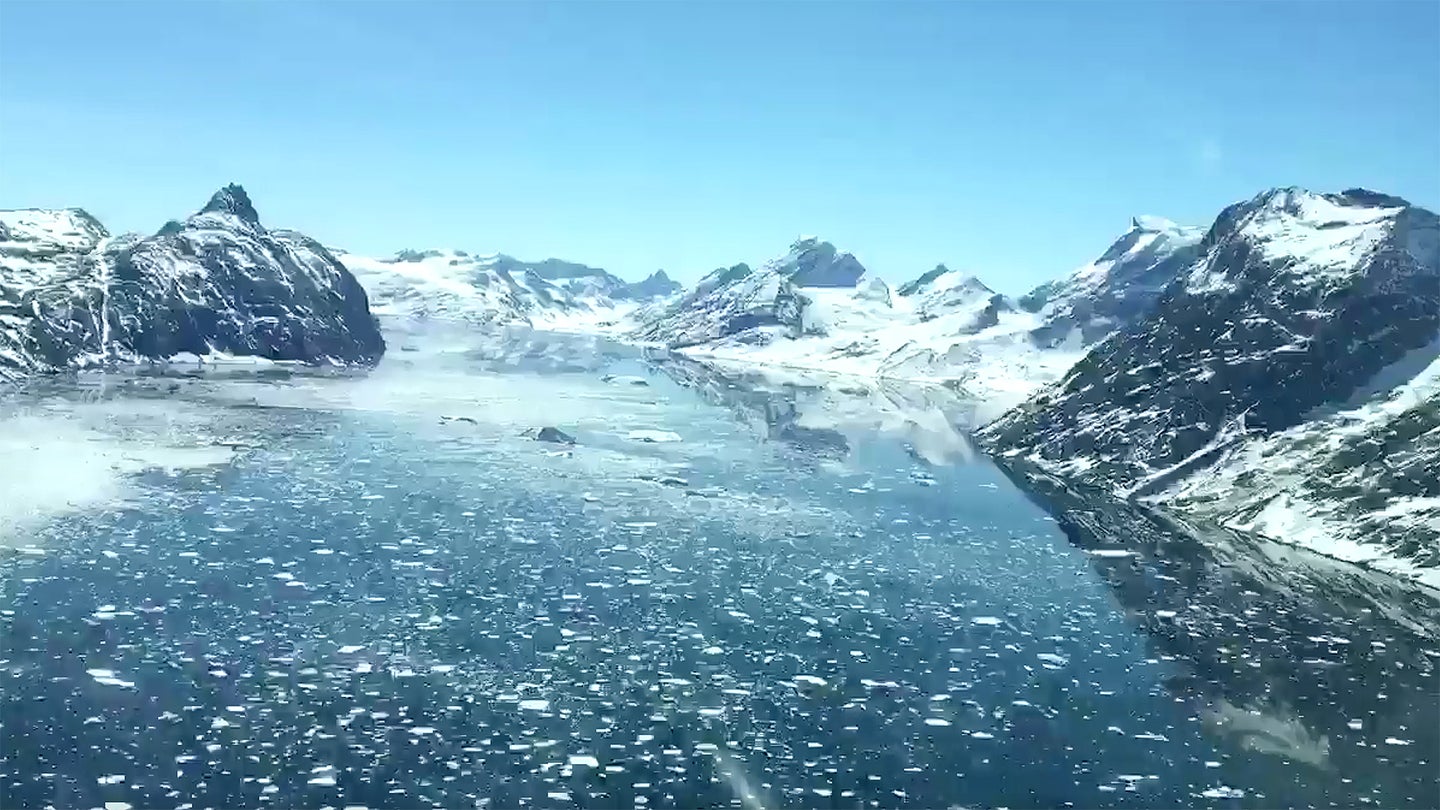 NASA's P-3B Orion—along with the agency's DC-8, HU-25, B200 and G5—have helped keep track of changes in polar ice formations by flying over some of the most desolate but drop dead gorgeous places on our planet. An awesome taste of what this is like can be seen from the P-3B crew's point of view in the short time-lapse video below.

Dubbed IceBridge, the nine year operation leverages a small armada of fixed-wing aircraft that are working together to fill the gap left by the retirement of NASA's last Ice, Cloud and land Elevation Satellite (ICEsat) and the launch of a new satellite, ICEsat2, next year. It is the largest airborne survey of earth's polar ice ever flown.

Although using aircraft are not ideal for some aspects of the ice monitoring mission, they are better than satellites at others. Satellites can view a much wider area persistently, but fixed-wing aircraft can carry sensors that satellites cannot, and more of them. Aircraft can also be adapted more dynamically as new technologies become available. They can also focus on smaller geographical area to gain unique "high fidelity" insights as to what is happening to our environment in the northern and southern most latitudes.

Obviously all this is extremely relevant to understanding the phenomenon of global warming, and to better predict its future effects. Recent reports state that the melting of arctic ice is occurring at a far faster rate than expected. This could mean that mankind has even less time to prepare for sea level change than before. NASA's IceBridge initiative, and ICEsat missions that will follow, provides the exact kind of hard data needed to needed to build out more accurate ice forecasting models and support controversial claims surrounding the climate change issue.

Although NASA's P-3B looks antique, it is slated to serve another four decades. Last year it received major upgrades and a deep overhaul, including being fitted with a new tail and new wings.

Here's a cool video that shows you what goes into a series of DC-8 IceBridge mission over Antarctica:

Hat tip to the awesome @jetcitystar for sending this over.