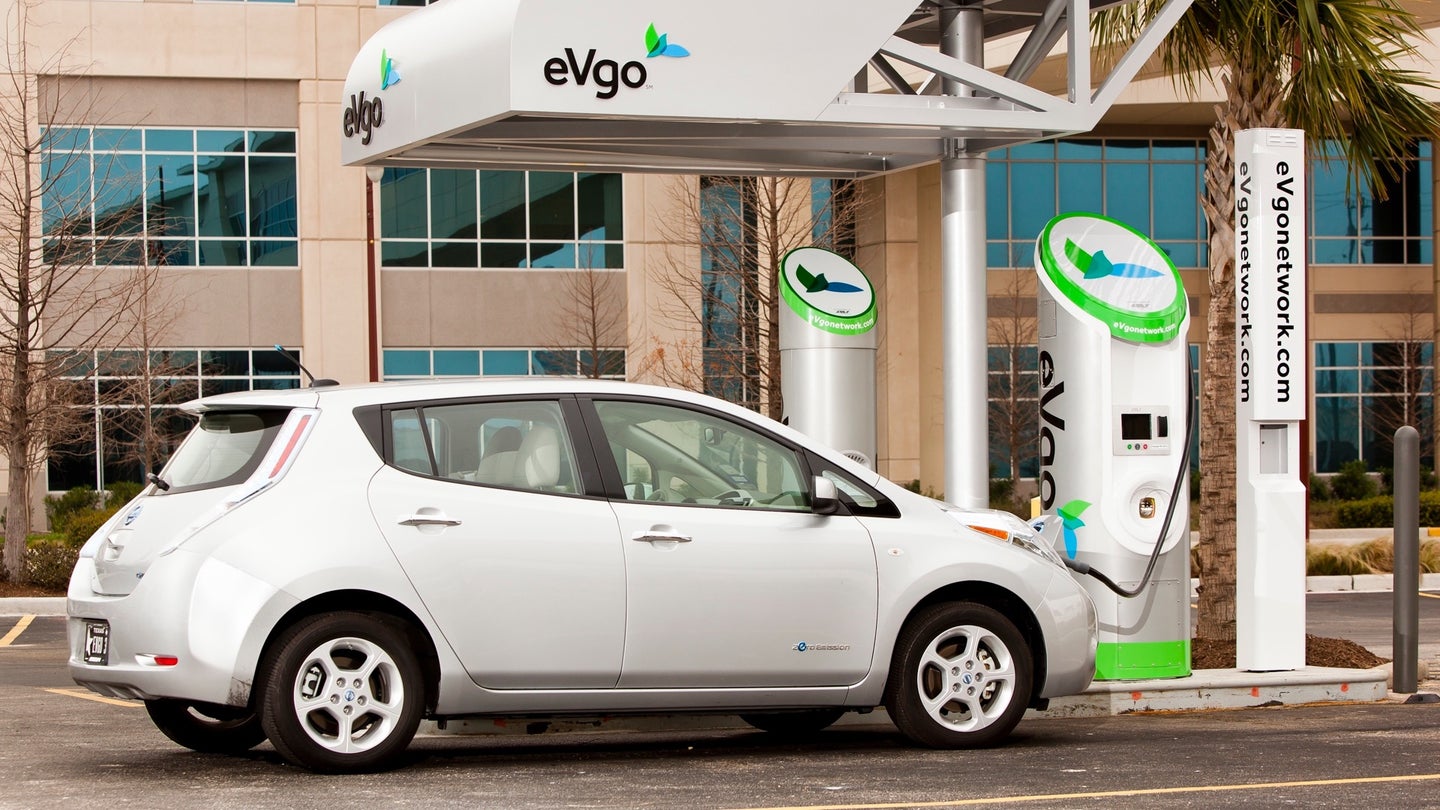 The I-95 corridor that connects America's major East Coast cities is about to get a little easier for electric car drivers to navigate. Nissan is partnering with charging network EVgo to install new DC fast-charging stations along the highway.

What Nissan calls the "I-95 Fast-Charge ARC" will include nine charging sites between Boston and Washington, D.C., with a combined total of 50 individual DC fast-charging stations between them. These stations can charge a Nissan Leaf to 80 percent in 30 minutes, as opposed to several hours with a Level 2 AC station. Construction is underway, and Nissan expects all charging stations along the 500-mile route to be operational this fall.

The sites will be located close enough to I-95 to keep things convenient for drivers. Each site will have enough plugs to charge at least four cars simultaneously. The stations will charge at 50 kilowatts initially, but they're pre-wired to charge at up to 150 kW, in anticipation of future advances in charging equipment and an influx of longer-range electric cars with larger battery packs.

Charging stations will be compatible with the CHAdeMO DC fast-charging standard used by Nissan (as well as Mitsubishi and Hyundai/Kia) and the Combined Charging Standard (CCS) used by the majority of U.S. and German automakers. Tesla uses its own proprietary Supercharger standard for DC fast charging, although it does sell adapters that allow its cars to plug into CHAdeMO stations.

The stations along the "I-95 Fast-Charge ARC" corridor will be incorporated into EVgo's network, which already includes more than 900 fast-charging stations at 600 locations across the country.