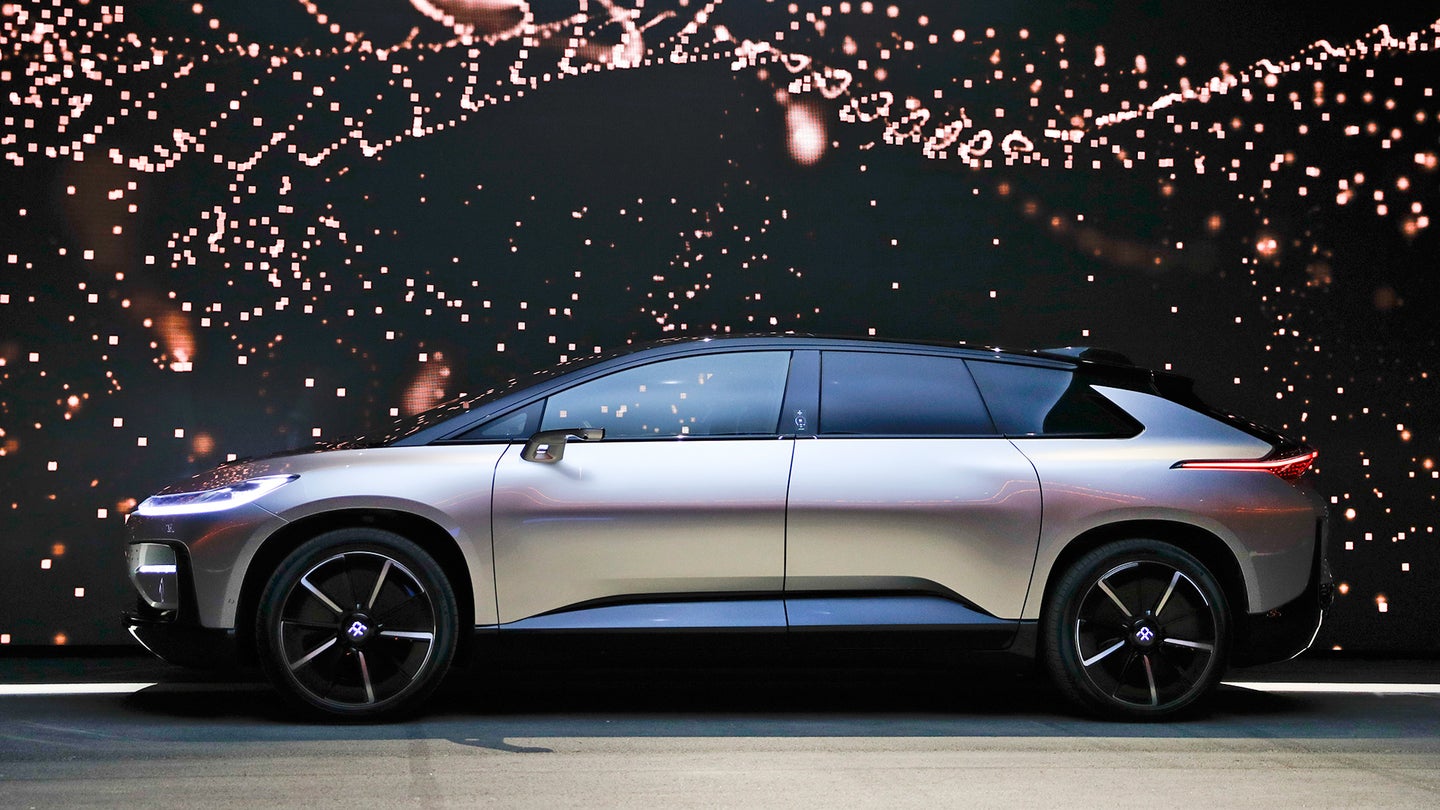 Faraday Future is canceling plans for a factory in California that it first discussed last year. Meanwhile, work at the electric-car startup's existing factory site in North Las Vegas, Nevada, remains at an apparent standstill.

Faraday began negotiations with the city of Vallejo, California, last year regarding a 157-acre site in the former Mare Island naval shipyard complex. The company had discussed building both a factory and "experience center" at the site, augmenting the Nevada factory Faraday has already pledged to spend $1 billion on.

In a statement released to TechCrunch, Faraday said it was ending its "exclusive right to negotiate" with the city of Vallejo. But the company also said it had conducted studies showing the Mare Island site was "adequate" for a factory, and did not rule out "acquiring land on North Mare Island in the future." In the same statement, Faraday said it "plans to restart construction at the North Las Vegas site very soon."

Faraday broke ground on the North Las Vegas factory last April, but so far little more than basic grading work has been done. Work stopped altogether last fall, amid a dispute between Faraday and its lead contractor over payments. Faraday is largely dependent on Chinese billionaire Jia Yueting and his LeEco tech company for funding. But Jia has indicated that LeEco may have overextended itself with its various new ventures, which include automotive projects and the recent expansion of its consumer electronics line into the U.S.

The current state of Faraday's factory plans indicates just how difficult starting a new car company can be. Faraday is one of many companies trying to replicate the success of Tesla by building long-range luxury electric cars. But Tesla didn't have to build its own factory from scratch: its Fremont, California, plant was bought from Toyota during the throws of the Great Recession.

Building a factory adds another, and very expensive, step for Faraday and other startups. Lucid Motors has similarly ambitious plans to complete a factory in Casa Grande, Arizona, by 2019, in time for the planned launch of its Air electric car.