The Apple Watch Could Soon Know When You're Driving, So It Distracts You Less

The tech giant has patented a system that would restrict the notifications pinging on a driver's wrist. 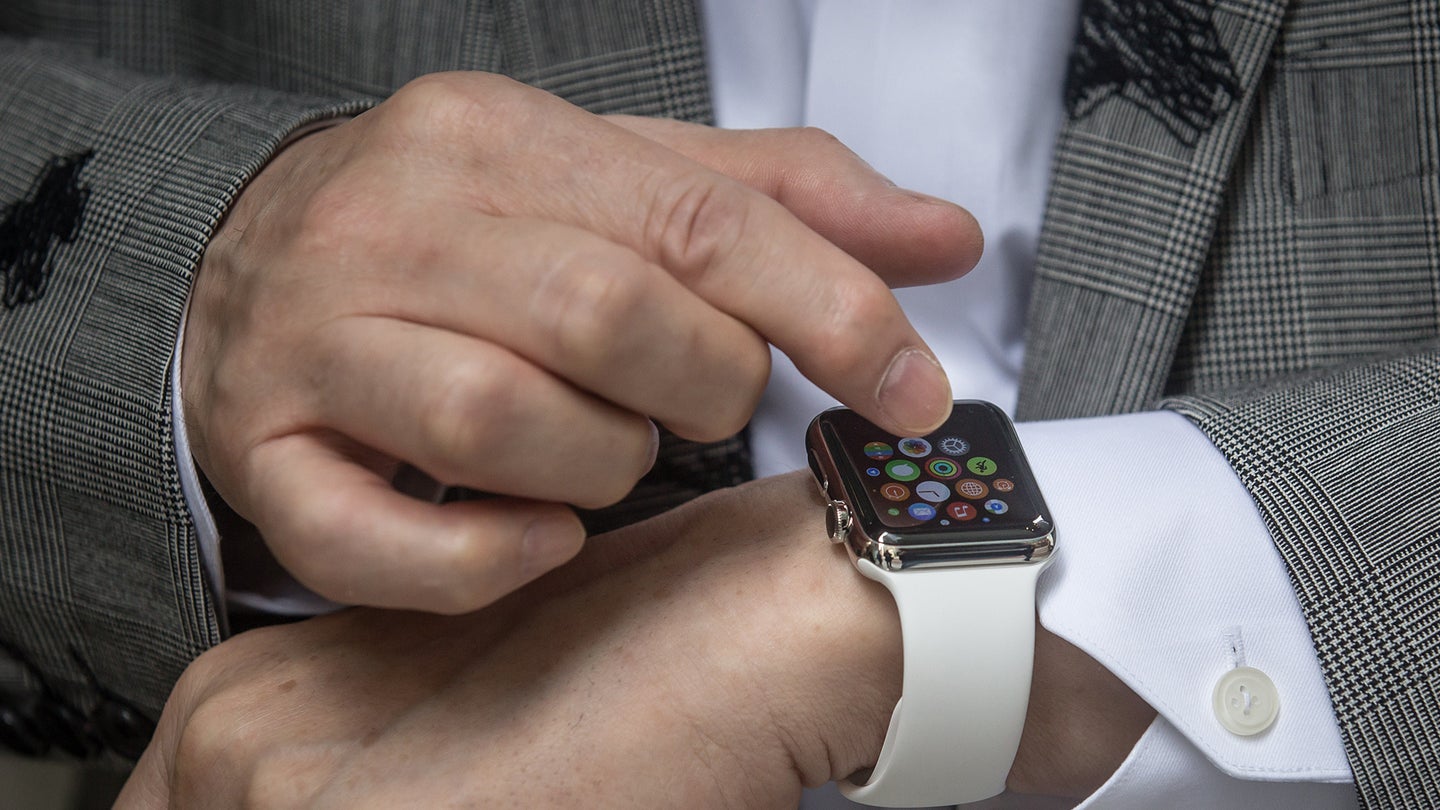 Apple has patented a program for its Apple Watch that would restrict what notifications the wrist-mounted mini-computer displays when its determines that its wearer is behind the wheel.

The patent, which was granted by the U.S. Patent & Trademark Office on Thursday and dug up by 9to5Mac, would enable a "wearable device" (which, in Apple's world these days, pretty much means the Apple Watch alone) to determine whether a vehicle is in use by using the built-in accelerometers and other sensors, and whether the person wearing said device happens to be driving said vehicle.

Should the Apple Watch wearer also be the driver, a special protocol kicks in on the smartwatch, reducing the number of notifications and telling the watch to "ignore a recognized gesture"—like, say, lighting up whenever the driver turns his wrist towards his face.

Depending on how it's configured, the Apple system could restrict either some or all alerts on the Watch, according to the patent.

Likewise, while the system could be set up to allow users to decide whether to turn it on, "in other embodiments it may be controlled by the manufacturer and inaccessible to the user (e.g., to comply with regulatory requirements on driver distraction.)"

While the filing and accompanying illustration seem to imply a human driving a car, the filing suggests the program could also be used by anyone "steering a bicycle, flying an airplane, navigating a boat or ship, etc."

That said...distracting cycling doesn't seem to be contributing to the rise in deaths on American roadways in quite the same way as people futzing around on their iDevices while driving appears to be.