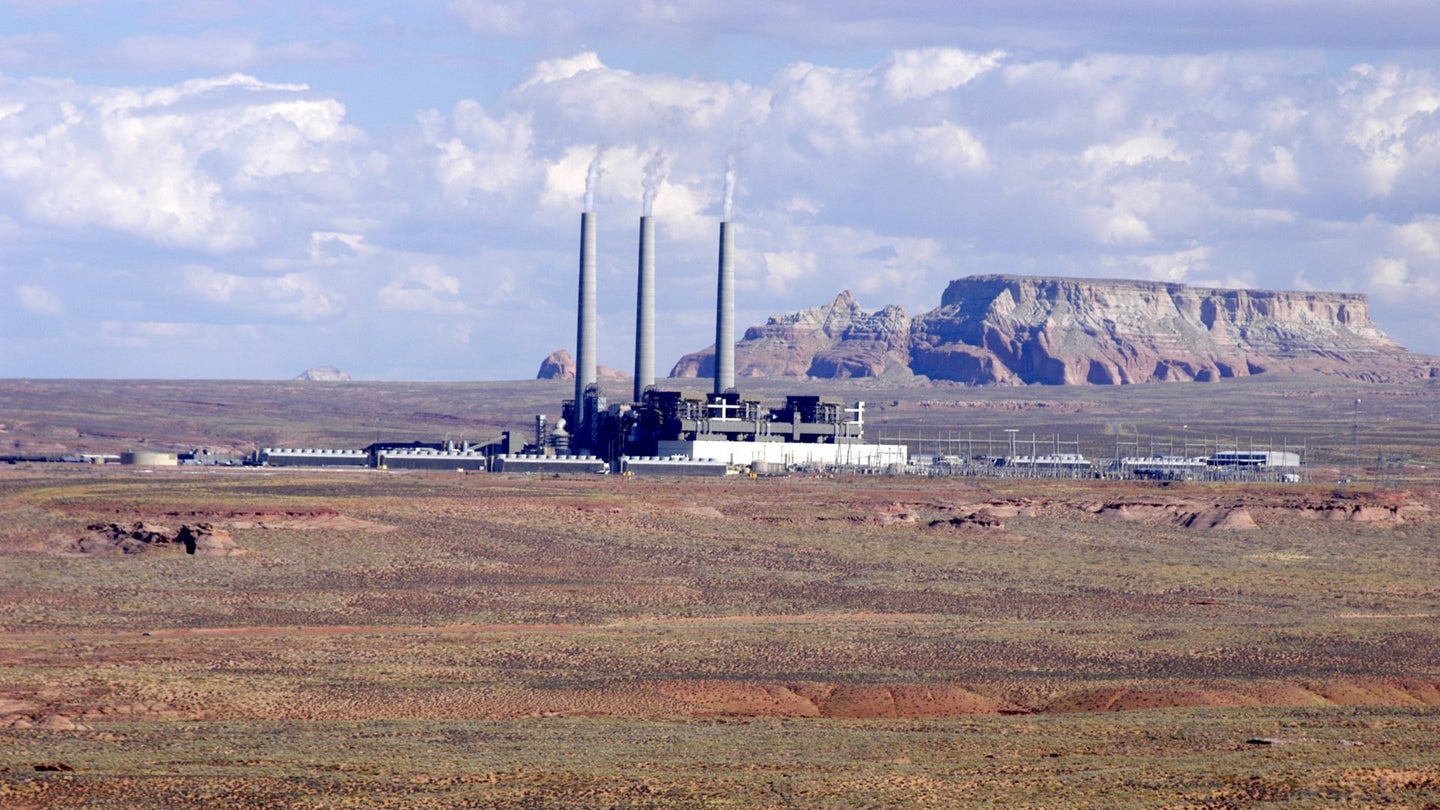 One of the biggest polluters in the country is shutting down not because of the EPA, but because of economics. With historically low natural gas prices, some coal-fired power plants are finding that it's more expensive to produce energy than to buy it on the wholesale market. As a result, the utility companies that own the Navajo Generating Station (NGS) voted Monday to shut it down at the end of 2019.

The NGS is a coal-fired power plant located on the Navajo Nation Indian Reservation in Arizona. It's owned by four utility companies, including Salt River Project (SRP), Arizona Public Service Co., NV Energy, and Tucson Electric Power, and provides a production capacity of 2250 megawatts. However, it also emissions air pollutants, including sulfur dioxide (SO2), nitrogen dioxide (NOx), and particulate matter (PM). Despite employing pollution control equipment, NGS had been required to reduce NOx emissions further to comply with the Federal Improvement Plan. But it faced an even operational obstacle: the falling prices of natural gas.

Electricity produced at NGS is currently more expensive than electricity purchased on the wholesale spot market, according to a recent study by the National Renewable Energy Laboratory. That means it would be cheaper for NGS to buy electricity than produce it. The Central Arizona Project, which is powered by NGS to deliver water to much of the state, has been evaluating alternatives that are expected to lower energy costs for CAP water users.

Forecasts showing a turnaround for the coal-powered energy market might be years away, especially if natural gas prices remain low. Due to these models, NGS will shutdown the plant after its lease ends on Dec. 22, 2019--decades before its anticipated closure in 2044.

The move is a win for the environment, but comes at a cost of hundreds of jobs and will impact the Navajo Nation and Hopi tribe's operating budgets, which receive royalties from the utility and whose members are employed by the industry.

It's not the only coal-fired power plant that is closing due to operating losses--Dayton Power and Light in Ohio will close its Killen and Stuart power plants in June 2018, and will procure solar and wind generation energy to provide power to its customers. Upper Michigan Energy Resources Corp. wants to build two natural gas generation facilities by 2019, which would enable We Energies in Wisconsin to shut down its coal-fired power plants by 2020.

Members of the Navajo Nation have appealed to the Senate and to President Trump this week to intervene and save the NGS. Sen. John McCain said in an interview that a study is needed to investigate options that will prevent the closure, which would be damaging to the Native American nations, according to environment and energy news site E&E News. However, it's not clear what can be done. Sen. Jeff Flake noted that historically environmental regulations were the cause of accelerated plant closure, but not in this case.

"It doesn't seem to be the case here. It's just the market. That's why I'm deferring to those people who have to make those market decisions," he said in an interview with E&E News.

Barring setting a limit on natural gas production or enforcing a minimum floor on prices, there may be little that any lawmaker can do. However, an option to stave job losses as a result of plant closures would be to build more solar and wind projects that may offer even lower energy prices than natural gas--at least during the mid-day.