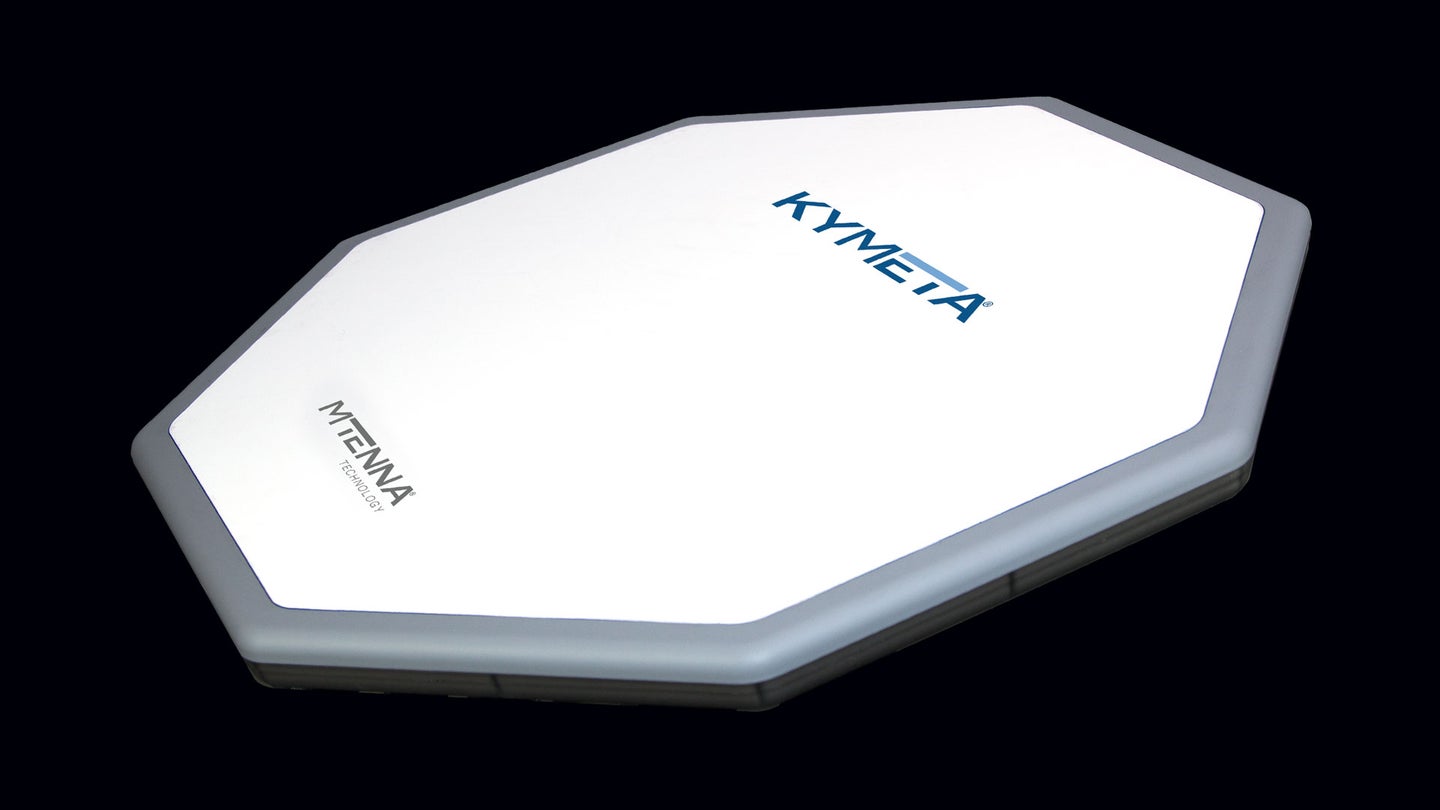 It only makes sense that a vehicle designed to keep its contents secure would also use the most secure communications systems available. Satellite antenna company Kymeta, whose mTenna has no moving parts and uses software to aim the beam that communicates with the satellite in the sky, is hoping to fill that role. Their antenna is housed in a 70cm flat-panel that can be mounted on or integrated with a vehicle’s roof to achieve broadband-speed Internet access from anywhere in the world. Kymeta announced that it is partnering with Aurum Security to offer its solid-state satellite antenna for broadband Internet connectivity on its armored vehicles.

Originally designed for cruise ships and yachts (Kymeta demonstrated the mTenna at the 2016 Monaco Yacht Show), mTenna’s have the capacity to connect an entire village, says Tom Freeman, Kymeta’s senior vice president of land mobile. They’re capable of transmitting terabytes of data and support cloud computing, which are essential to enabling autonomous vehicles to communicate with infrastructure and other vehicles.

Freeman didn’t give speed specifications, but he says that satellite broadband is the backhaul to 5G, and that the only system that can scale to the zettabyte (approximately 1 billion terabytes) is based in space. Rather than speed, the main problem is availability and reliability.

A significant advantage to a vehicle equipped with Kymeta’s antenna is that it will have always-on Internet access anywhere in the world, as long as it can see the sky.

“5G will never solve dead zones,” Freeman said to The Drive, adding that you can drive out to Death Valley and hold video conferences.

Security is another benefit that makes this next generation of technology so appealing to automotive manufacturers, especially ones that sell armored vehicles to high profile individuals, such as royalty, and defense departments.

Although nothing is 100 percent unhackable, you’d have to have a drone on top of the car to spoof the system, noted Freeman.

At least today, this type of security and broadband doesn’t come cheap. Kymeta says its product retails for $39,500, which although out of reach for most consumers, is one third the price of its nearest competitor. It also helps that armored vehicle buyers are less “price sensitive’ than your typical automotive buyer.

There are approximately 38,000 to 40,000 of those vehicles created each year, and Freeman is hoping to capture a 10th of that market. However, more than market reach, rolling out an automotive product is a necessary step towards its mainstream production. There are regulatory issues that need ironing out, he explains. For example, some countries, such as Brazil, Indian, and China, forbid receiving satellite transmitted data that originated in another country.

Kymeta is already testing its technology with Toyota, and the company predicts that its technology will be ubiquitous and available on the mass market in five years. Aurum will begin offering vehicles equipped with mTenna in the second quarter of 2017.