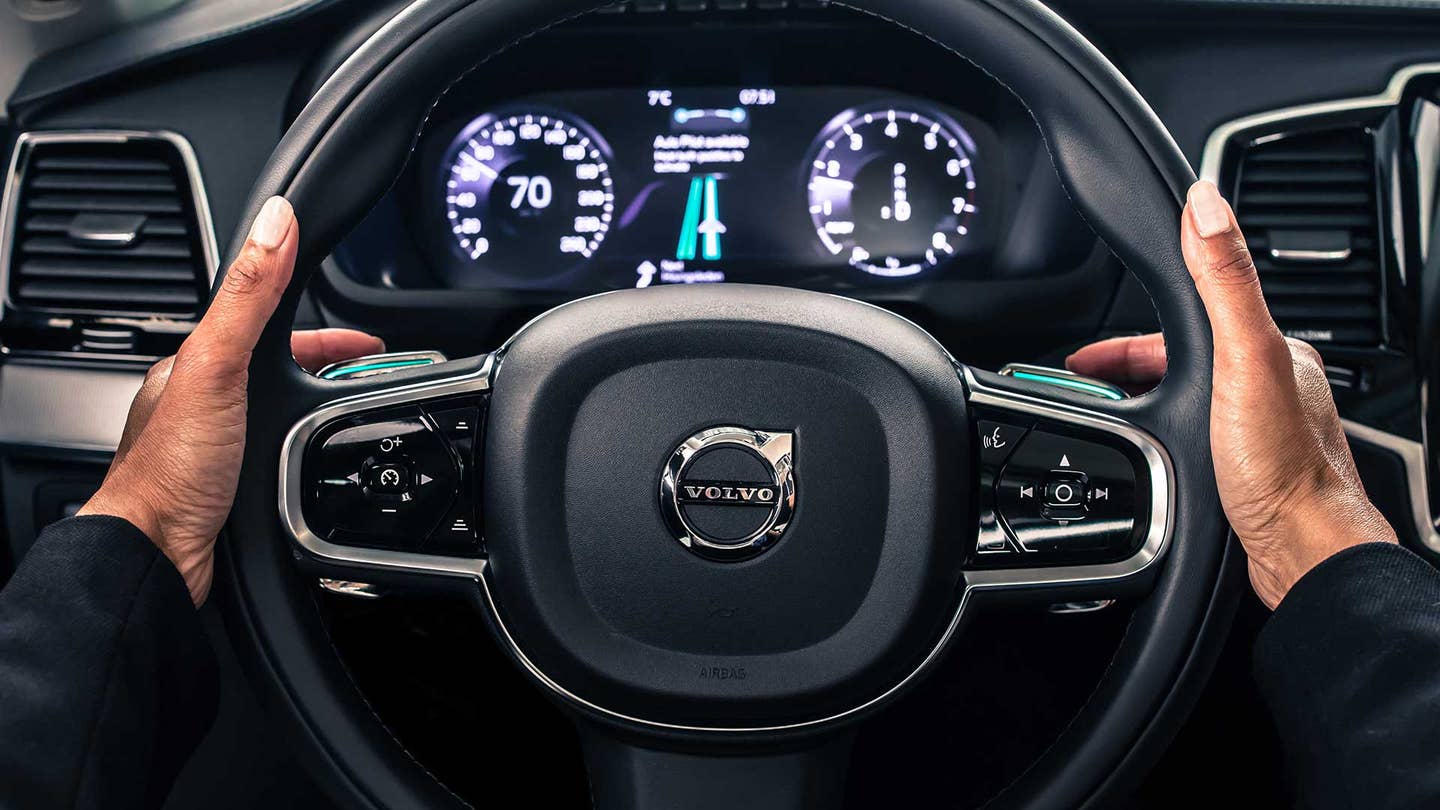 If an autonomous Volvo crashes, its maker will shoulder the liability.

This week, CEO Håkan Samuelsson said the automaker would “accept full liability” whenever its future models operated in autonomous mode. That’s a bold marketing statement—bolder perhaps than the company’s pledge that no one would be killed or seriously injured in or by a new Volvo by 2020. In interviews with 60 Minutes, Mercedes-Benz and Google also said they would take responsibility for accidents caused by their self-driving cars.

While seemingly magnanimous, the gestures lands in a very muddled legal area.

“Some believe liability concerns—just who is financially responsible in the event of an accident—will be a huge stumbling block preventing autonomous vehicles from reaching their full potential,” says David Zoia, editorial director for WardsAuto, an automotive news and analysis source. “Volvo isn’t being presumptuous here; it’s simply trying to take that issue out of the equation in an attempt to further development.”

Fully autonomous vehicles, of course, have yet to be marketed directly to consumers, and face a number of technical, infrastructural and legal hurdles before making their way to Main Street. That doesn’t make it any less fascinating to watch companies jockey to allay public concerns about their cars’ readiness for the road.

Self-driving prototypes have been granted limited licensure by a handful of states, and it’s not illegal to drive across the entire country with hands off the wheel, as Delphi did this summer. Plenty of semi-autonomous driver assists, such as lane-centering and auto-braking, are already on the market.

But proving who (or in this case, what) is at fault in an automated car crash may be extremely difficult. The gestures from Volvo, Google and Mercedes are intended to make them less so.

There also may be a paperwork benefit. “Long-term, if self-driving vehicles improve safety and cut down on road fatalities as predicted,” Zoia says, “it ultimately could mean less work for insurance companies and trial attorneys.”