Or should it buy Honda? Decisions, decisions... 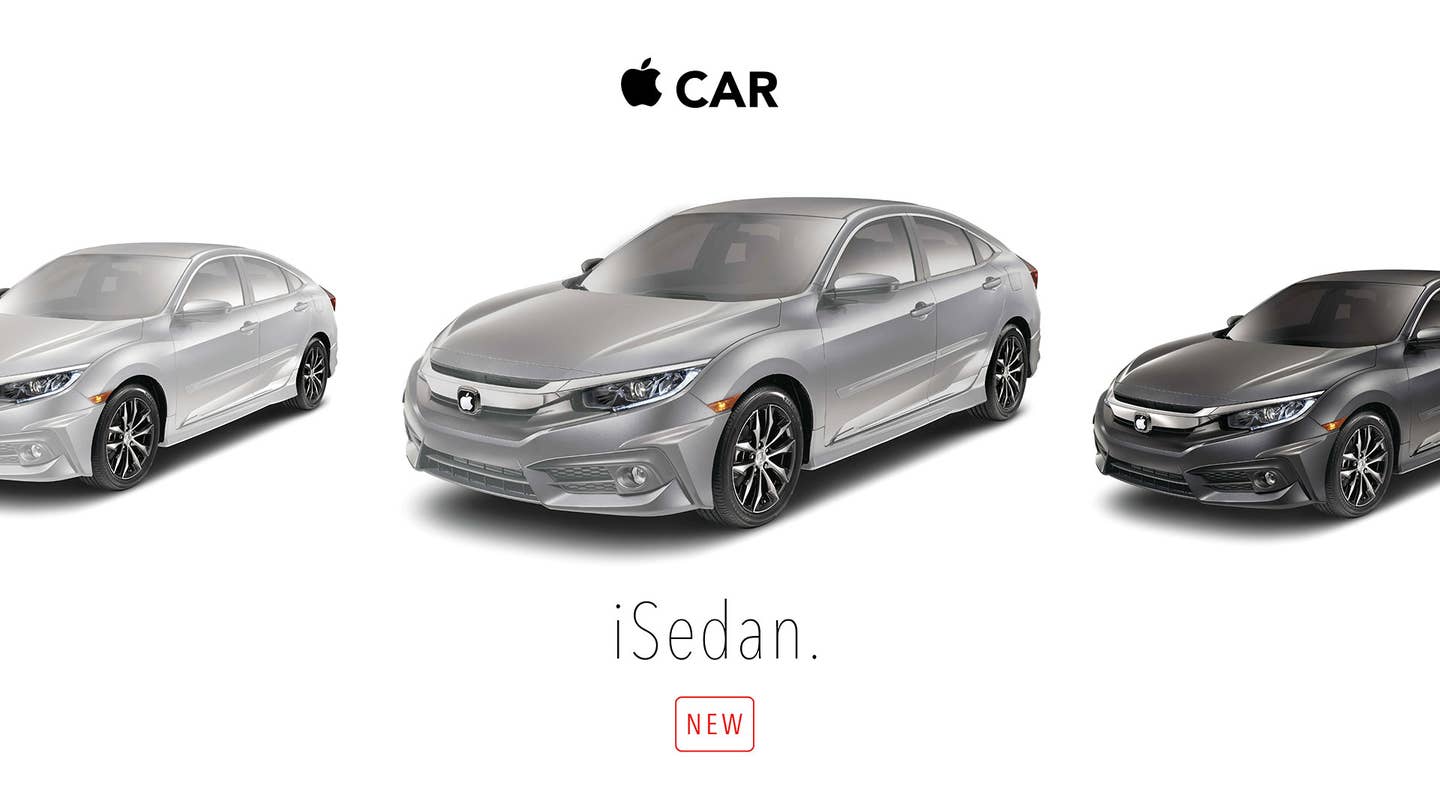 A: Apple is the most tight-lipped publicly traded company ever conceived. No one there talks about future product even when it’s something as mundane a iPhone software update, much less an initiative that could involve establishing automotive assembly plants and distributing thousands of complete two-ton cars instead of nine-ounce media players. Everyone knows that Apple is doing something with cars—a little thing called Project Titan—but for everyone outside of that company, what that thing is, is speculation.

So let’s assume that Apple has decided to build it’s own car. Maybe it’s all-electric, maybe it’s autonomous and maybe it’s neither of those things. But the substance of what this Apple car would be to the consumer isn’t the real challenge. As Tesla has proven, it’s one thing to design a great car, and another thing altogether to build a car in mass quantities that’s reliable and deliverable at a price. You know, all those irritating little things like manufacturing and logistics. And if anyone in American business is conscious of the challenges of production and logistics, it’s Apple’s CEO Tim Cook.

To put it bluntly, the Tesla Model S has been a reliability disaster. Consumer Reports, which splooged all over itself in praising the Tesla’s road test performance, has reported that its owner surveys show the Model S beset by problems ranging from inoperable windshield wipers to those oh-so-tasty retractable door handles failing. Yeah, Elon Musk’s troops have designed an electric car that, when it's working, does many things spectacularly well. But they’re still learning how to screw the damn things together.

Compared to his brilliant and theatrical predecessor Steve Jobs, Tim Cook can seem uninspiring. But his background isn’t being a visionary, it’s being a nuts, bolts, batteries and logistics super-genius. His undergrad degree from Auburn isn’t in computers, it’s a B.S. in Industrial Engineering. He spent 12 years at IBM, ultimately working as director of North American fulfillment for the personal computer division—the guy in charge of making sure that the right things got to where they were needed.

When Cook moved to Apple in 1998, he’s the guy that knocked out many of Apple’s factories in favor of contractors doing product assembly. He streamlined the warehouse operations to the point where Apple practically has no warehouses, and he cleverly secured components supplies. He’s the guy who controlled costs, optimized production and guaranteed quality. He may not be Steve Jobs, but he understands that production matters. And he’s smart enough to realize that cars are the most complex consumer products there are.

So here’s what Apple ought to do: buy Honda.

Apple can save itself all of Tesla’s production hassles simply by buying an existing car company. One that already has established factories building quality cars which sell profitably in the heart of the automotive market. Honda isn’t a boutique manufacturer, but neither is it an unwieldy behemoth with an intractable culture. It has a worldwide production footprint with 31 assembly plants operating on five continents, and they’re all relatively new.

Plus, the Honda brand name is almost as beloved and respected as Apple’s. Like Apple’s electronics, consumers assume that every Honda vehicle is high-quality and a “smart” buy. They’re philosophically compatible companies.

Honda’s products—garden trimmers to scooters to Gold Wings to Accords – play in the mainstream of every market. This isn’t a company that relies on a few hyper-wealthy buyers to buy its sports cars, but a smart marketer that attracts middle income retail buyers willing to sign up for five years of financing on a new vehicle. Honda has never dumped vehicles in any great quantities on fleets or panicked itself into throwing enormous incentives on their cars’ hoods.

Best of all, for Apple, Honda is affordable. As this is written, Honda Motor Company has a market capitalization of $48.28 billion. That’s a big chunk of cash, but about $13 billion less than Daimler-Benz, $19 billion less than Volkswagen, and more than $100 billion less than Toyota. BMW’s market cap is about the same as Honda’s, but it’s controlled by the Quandt family and the company is unlikely to be as readily available as Honda.

It’s also good that Honda is a Japanese company rather than an American one. Apple has an astonishing $216 billion in cash being carried on its books. But of Apple’s money horde, 93-percent of it is held outside of the United States where it can’t be taxed by the United States government. Apple could use its offshore cash to purchases Honda without having to bring that cash into the heavily taxed U.S. – at least that’s what I’m assuming here. The lawyers would have to work all this out. You know, high priced international lawyers who know how to protect assets.

Tim Cook is a smart guy and if he wants Apple to build a car, he knows that acquiring a company like Honda makes a lot more sense then trying to establish the massive infrastructure necessary to do so. Of course there’s a risk in that Apple may try and impose its culture open Honda and that could hurt what is an outstanding company on its own. But the Honda corporate culture isn’t compulsively Japanese like Toyota’s. It increasingly uses American and European engineering centers to develop its products and has always been more receptive to change than other Japanese companies. And Honda is almost as good as Apple is at keeping its mouth shut about future products. It would mesh well with Apple.

Making any sort of prediction about what Apple is going to do with (and to) the car business is a flat-out guess. But I find this idea compelling. Remember, you read it here first.