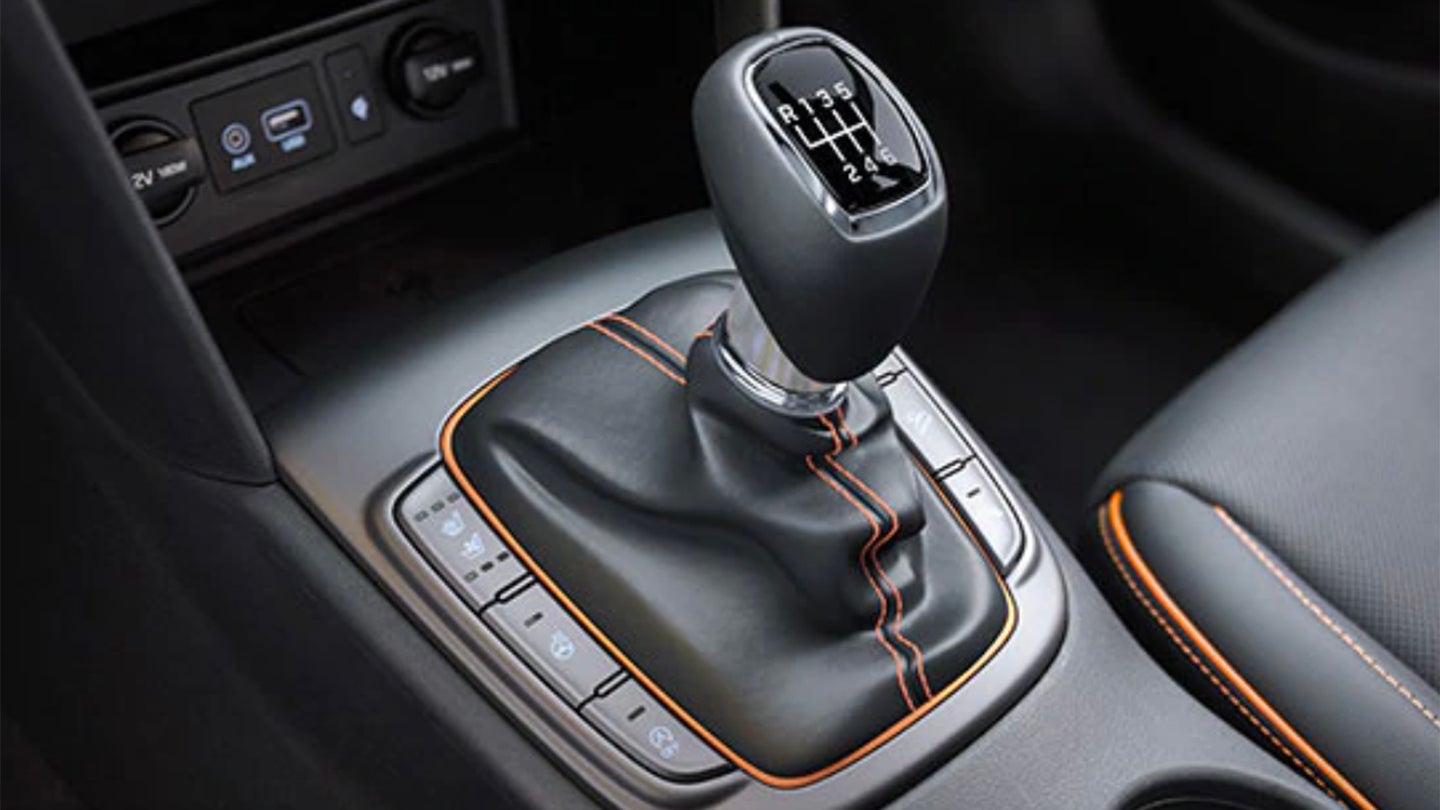 The manual transmission is a bit of a hot topic within automotive circles, believe it or not. Whether you're a "save the manuals" sort of person or couldn't care less, you'll be interested to hear that Hyundai is releasing a new take on rowing your own, as first reported by Autocar India. Known as the Intelligent Manual Transmission, or iMT, it's essentially a regular six-speed manual transmission—minus the clutch pedal. Wait, what?

Hyundai claims the whole thing is rather simple in the official release linked here, which I doubt is true. The car still has a clutch, of course, because shifting gears without one would be a royal pain, but the process of disengaging and engaging it as you move the shifter is automated. The transmission can now tell when you're about to grab another gear using what's being described as an "intention sensor" in the shift lever, which in turn tells the transmission control unit to hydraulically manipulate the clutch for you.

We haven't been able to find any additional details on that intention sensor, which must have some sort of pressure or accelerometer-based mechanism for determining when you're just fooling around with the stick and when you actually want to shift.

When you grabbed the gear of your choice, the TCU reengages the clutch, completing the shift. And of course, it won't just do whatever you say if it believes you're going to make a mistake. If the driver decides to change down from sixth gear to second on the highway, the transmission won't reengage the clutch thanks to the information it receives from the car such as wheel speed, engine speed, etc. It still doesn't sound entirely foolproof, but if Hyundai is already headed into mass production with the transmission, what could go wrong?

Hyundai says this new system will be less expensive than an automatic, too. But there's a problem: The iMT will only be available in India right now with the Venue's 1.0-liter turbocharged four-cylinder engine. If you buy a Venue in the U.S., you only have the option of either a six-speed manual with a traditional clutch or an automatic CVT, both of which back up a naturally aspirated 1.6-liter four-cylinder engine making 121 horsepower.

I don't see why this shouldn't be an option in America, though. Working the clutch is the hardest part of learning how to operate a manual transmission, and if this could get people to see how much fun it is to fling around a gear lever, maybe this is the solution to those dwindling standard-shift take rates. Maybe.