The drone can carry up to 20 grocery bags and was designed to transport a wide variety of goods. 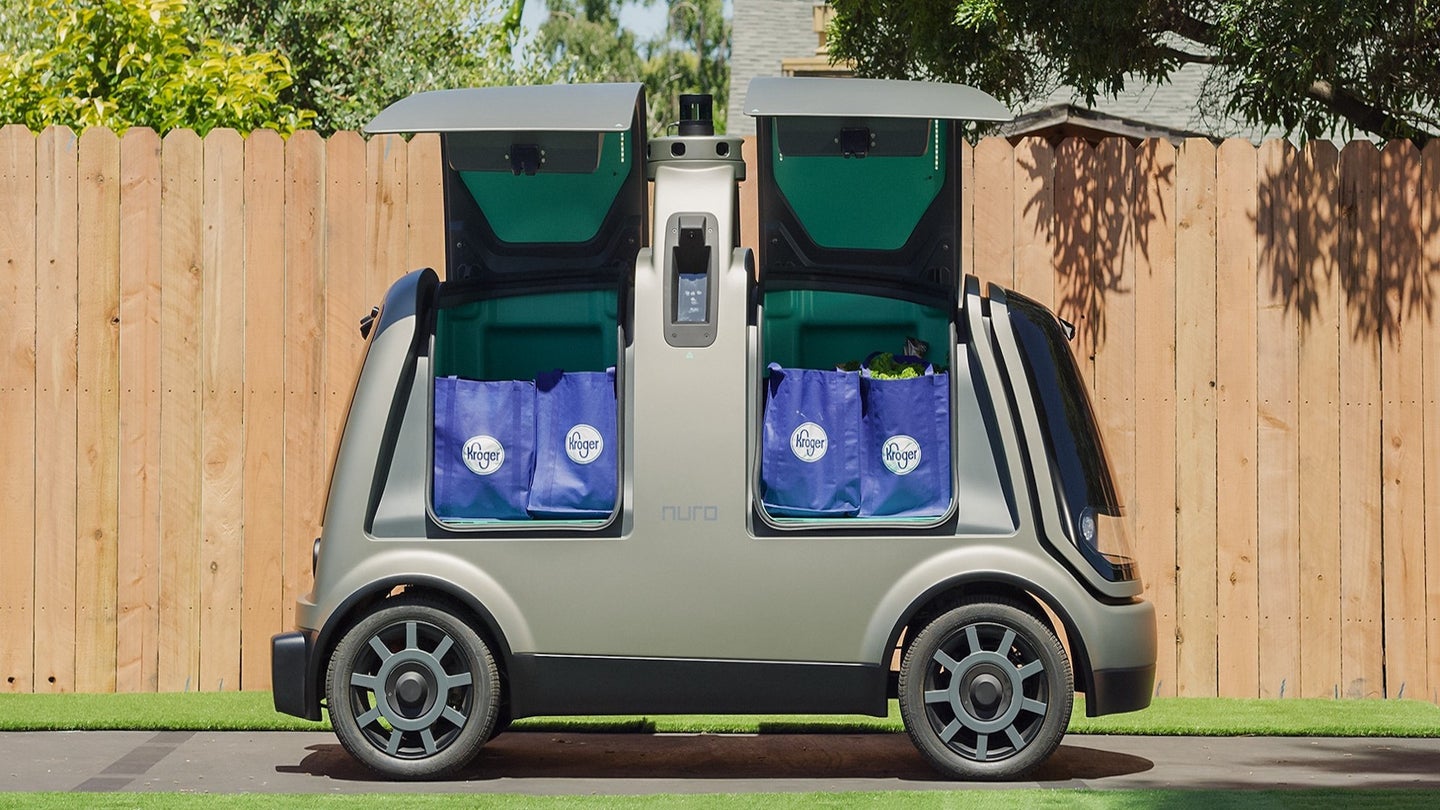 Kroger partnered with Silicon Valley startup Nuro for the initial pilot program, seemingly confident that its automated, self-driving R1 delivery drone was the right asset for the job. During testing, Nuro's R1 was essentially a modified production car like a Nissan Leaf or Toyota Prius equipped with autonomous driving software. How the vehicle has improved since then is yet unclear, but the premise in terms of functionality has stuck: the R1 uses public roads, doesn’t require a driver to operate, and will deliver the goods. Upon delivery, customers simply access the vehicle’s delivery compartments through a smartphone app and grab their order before the R1 zips back home.

In terms of the R1’s hardware components, the vehicle is fitted with an array of self-driving sensors and cameras, as well as a radar and light detection and ranging (LiDAR) sensor on the roof, USA Today reports. The vehicle can carry up to 20 grocery bags, and was designed to transport a variety of goods that aren’t necessarily restricted to edible items.

Kroger’s testing phase in Scottsdale seems to have gone swimmingly, as the supermarket chain is now officially using Nuro’s R1 to transport local deliveries from Fry’s Food Stores for $5.95 with no minimum order requirement for same- or next-day deliveries.

The electric self-driving vehicle landscape has garnered quite an amount of traction in recent months, with Bosch preparing to unveil a shuttle pod at CES 2019 next month and legislation to expedite self-driving car laws gaining renewed momentum. While some of us are surely more excited about the concept of a self-driving passenger vehicle than one that delivers our groceries, fortunately, the competitive environment and technological advancements in this industry have been reliably moving both categories forward.

The swift move from Kroger's thorough test trials to the standardized implementation in Scottsdale is definitely exciting to witness, albeit admittedly frustrating to do so from afar. We can’t wait to try this out for ourselves someday, and have the same kind of modern grocery shopping experience Scottsdale residents are currently privy to.