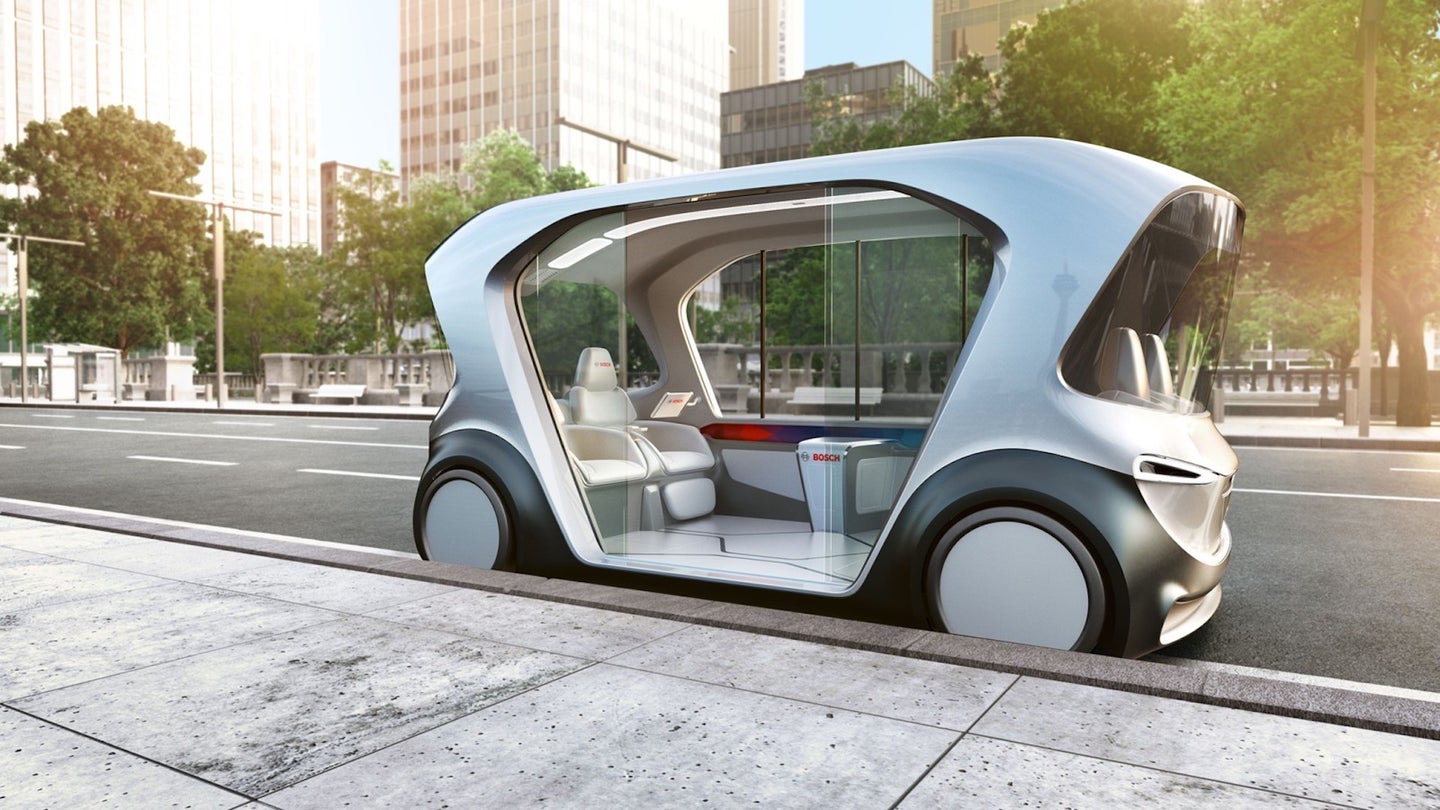 It was only last month that we reported on auto giant Daimler and its supply partner Bosch confirming the launch of an autonomous driving pilot program in San Jose, California during the second half of 2019. According to a freshly dealt press release, it seems Bosch is preparing to unveil an electric, self-driving shuttle pod concept at January's Consumer Electronics Show in Las Vegas, as well.

The concept art for this electric shuttle resembles a four-wheel pod of sorts with sliding glass doors that would comfortably seat four passengers, with Wi-Fi and advanced camera monitoring as part of its modern appeal and functionality. The concept itself aims to show the industry how smoothly Bosch can integrate hardware, software, and digital capabilities into the self-driving, car-share landscape as a whole.

“Bosch is developing a unique package of hardware, software, and mobility services for shuttle mobility of the future,” said Dr. Markus Heyn, board member of management at Bosch. "In the future, every vehicle on the road will make use of Bosch digital services."

This triumvirate system of hardware, software and digital functionality would not only provide the kinds of services we expect from ride-share companies (like booking a vehicle, paying for a trip, or sharing a ride with other passengers), but add convenient features such as letting a rider know if they’ve forgotten something in the vehicle after they’ve exited. The system’s integrated services could even detect if chewing gum or a spilled beverage has soiled the interior, and subsequently alert a maintenance crew to clean it up before the car moves on to the next customer.

The Wi-Fi-based connectivity that will be implemented to satisfy the vehicle-to-object (V2X) communication in Bosch’s self-driving shuttle pod will also allow the vehicles to assess the local infrastructure, traffic patterns, and the most efficient routes to take.