China's Nio, which styles itself as a Tesla rival, has gone public. 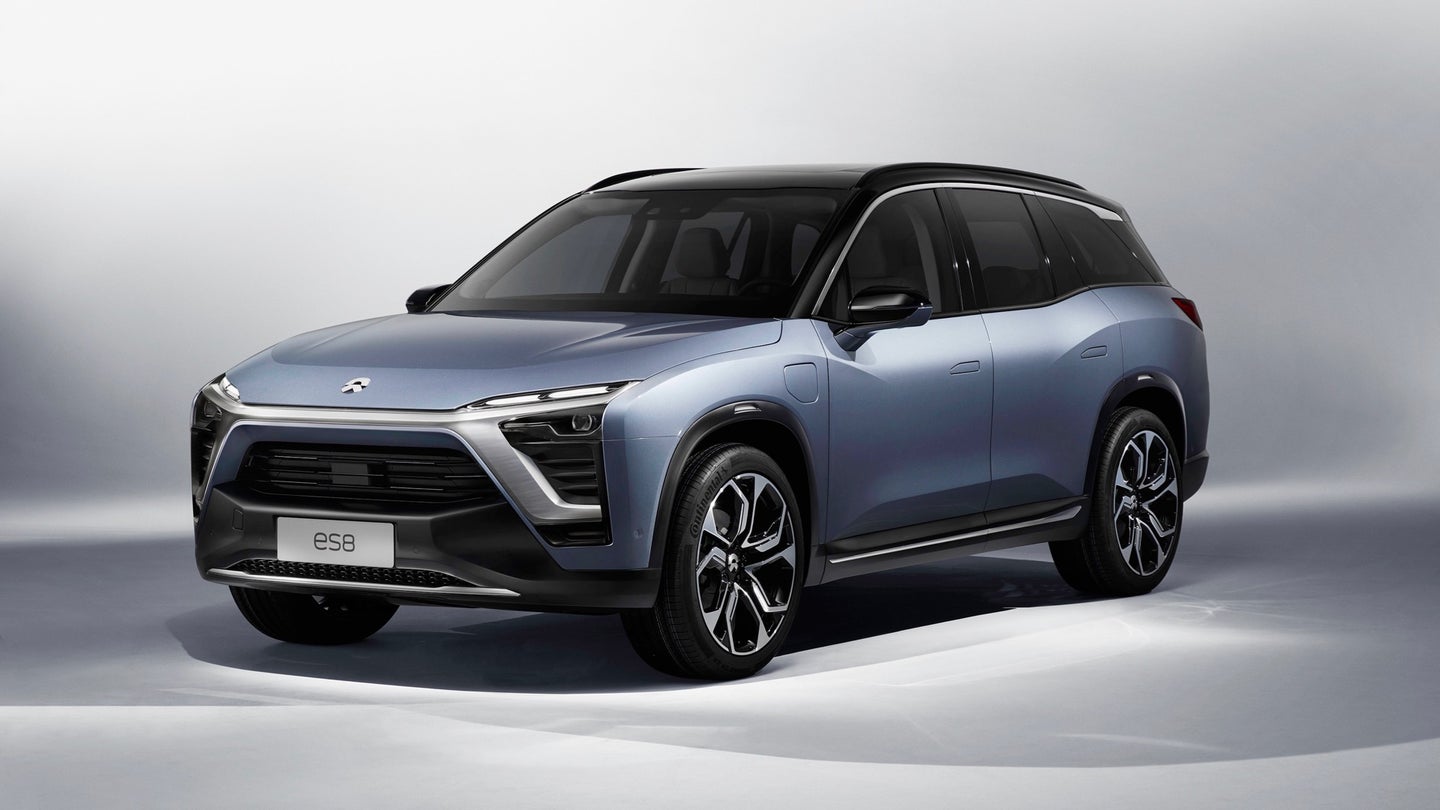 China's Nio, one of the many electric-car startups looking to become the next Tesla, has launched an initial public offering (IPO). The company began trading on the New York Stock Exchange Wednesday under the symbol "NIO," and previously discussed plans to sell cars in the United States.

Nio's first day of trading didn't go as well as planned, according to The Wall Street Journal. Nio raised about $1 billion, but had originally targeted $2 billion to $3 billion, the paper reported. The automaker is now valued at $6.42 billion, according to the WSJ.

Nio was founded in 2014 as NextEV by entrepreneur William Li. After keeping a low profile initially, the company launched its EP9 electric supercar in 2016. The EP9 briefly held the production-car lap record at the Nürburgring, although it was never intended to be a volume model. Just 16 cars were made, priced at $1.48 million each.

The company abruptly pivoted from the low-volume EP9 supercar to the ES8, a seven-seat crossover that will ostensibly sell in large volumes. Boasting 643 horsepower and 619 pound-feet of torque, the ES8 can go from zero-to-62 mph in 4.4 seconds, and has a range of 220 miles, according to Nio.

More impressive than those figures is the fact that Nio has actually built and delivered cars to customers with the first cars handed over in June. That puts Nio ahead of fellow startups like Faraday Future and Lucid Motors, but the company's future is still uncertain.

Nio has said it plans to start selling cars in the U.S. by 2020, but international tensions about trade could interfere with that. Tesla has shown that even companies capable of making small numbers of cars can have issues ramping up production. Going forward, startups like Nio will also face more competition from established automakers launching more of their own electric cars.