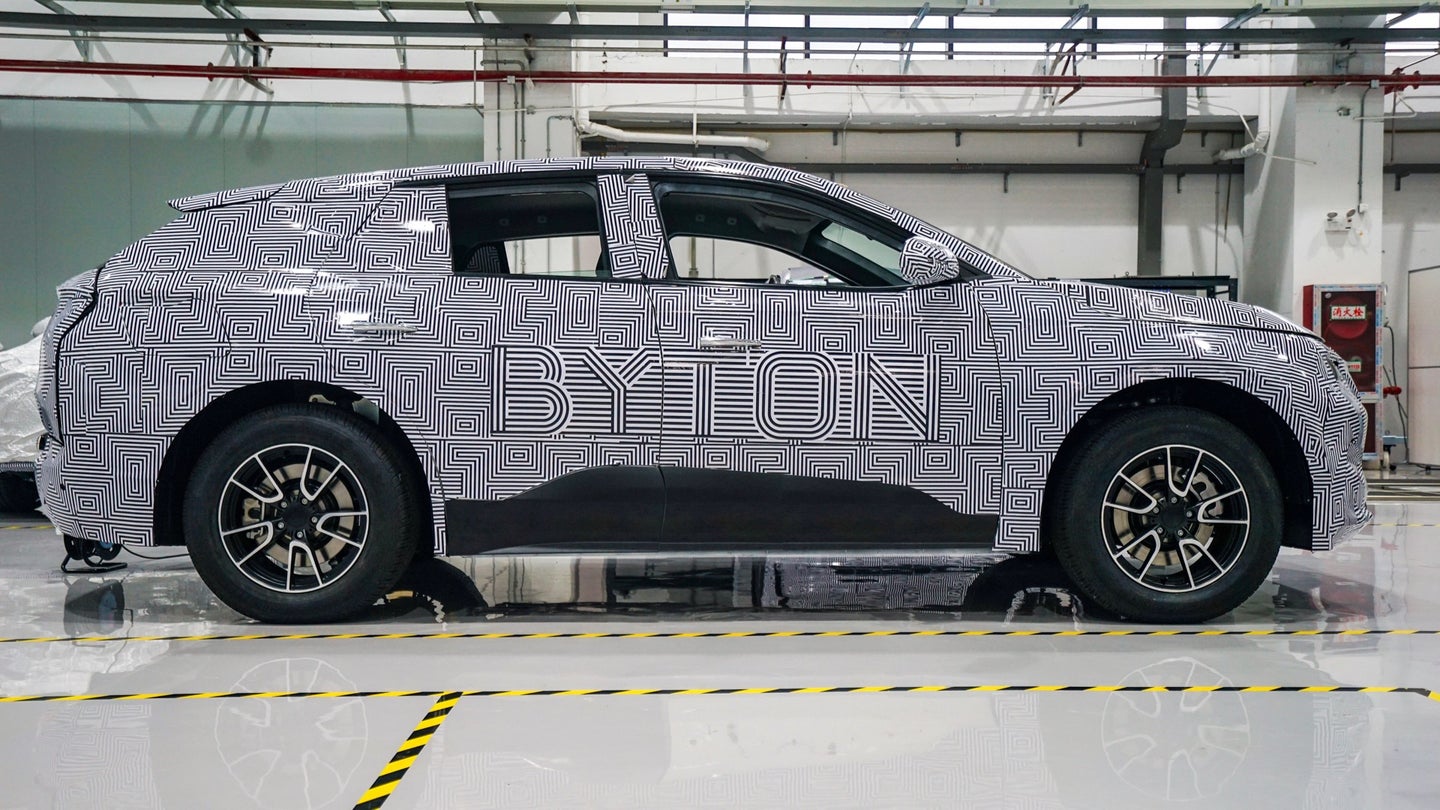 Chinese electric-car startup Byton will soon begin testing a prototype of its first production model, a crossover based on the M-Byte concept that debuted at the 2018 Consumer Electronics Show.

The initial prototype was built at Byton's factory in Nanjing, the company said in a statement. Byton plans to begin cold weather testing this winter. TechCrunch reports that the startup wants to build 100 more prototypes by the end of the year and ship some to the United States.

While Byton does have a research facility in California, the U.S.-bound vehicles will be handed over to Aurora Innovation, according to TechCrunch. Aurora is partnering with Byton on autonomous-driving tech, although such automation likely won't be available on the M-Byte at the start of production. Run by veterans of Google, Tesla and Uber, Aurora also has deals to supply tech to Hyundai and Volkswagen.

At the time of Byton's M-Byte concept reveal, the company said it would produce two versions: one with 272 horsepower and 250 miles of range, and another with 476 hp and 325 miles of range. Those figures won't trouble a Tesla Model X or the promised Faraday Future FF 91, but the M-Byte may be cheaper as Byton previously quoted a base price of $45,000. It will also allegedly feature more lavish infotainment tech.

The concept's interior was dominated by screens, including one on the steering wheel. All of that glass was backed by a sophisticated infotainment system that used facial recognition and a cloud platform. It's unclear how much of this will make it into production, or if drivers will be able to pay attention if it does.

Byton plans to begin delivering cars to Chinese customers by the end of 2019. It then plans to launch in the U.S. by mid-2020, and in Europe later that year. A second production model based on the K-Byte sedan concept, which made its U.S. debut at the 2018 Pebble Beach Concours d'Elegance last week, will likely follow the M-Byte crossover.

Like many other electric-car startups, Byton is trying to ramp up production very quickly. Byton does at least have its Nanjing factory, and in June it announced the completion of a $500 million funding round. Investors include Chinese state-owned automaker FAW Group and battery maker CATL.