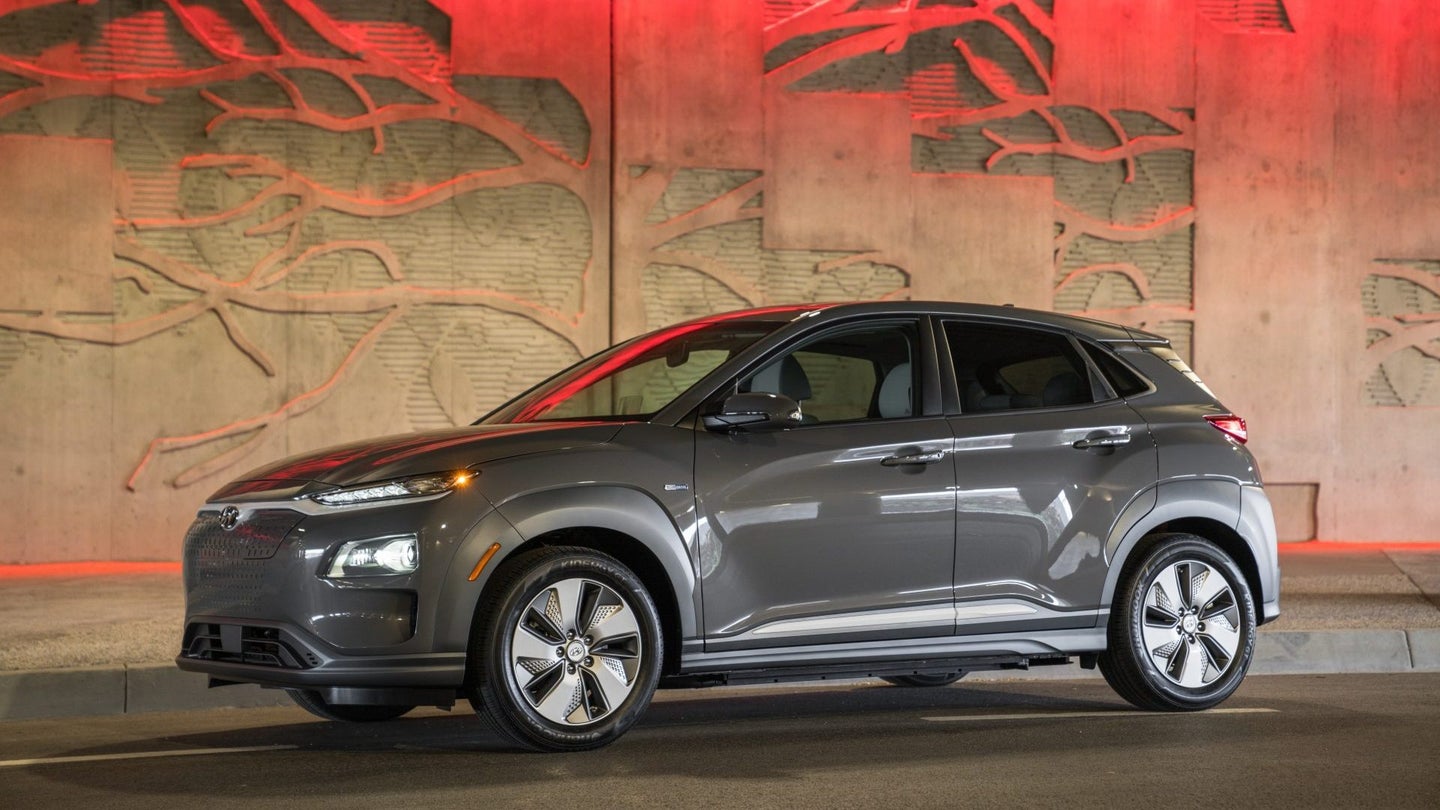 On Monday, the Environmental Protection Agency made official test results for the Hyundai Kona Electric's range public: 258 miles per charge, at 132 mpg-equivalent city, and 108 highway, for 120 mpg-equivalent combined.

These figures were reached with a 64 kilowatt-hour battery variant of the Kona Electric according to Inside EVs, which speculates that the cheaper 39.2 kWh option will not be made available stateside. Hyundai initially estimated a range of 250 miles for the Kona's electric variant according to its official specifications sheet, turning the extra eight miles into a lipstick-red cherry on top.

Its 64 kWh battery takes an estimated nine and a half hours to charge fully with the 7.2-kilowatt onboard system, but can reduce charge time to 75 minutes with a 50-kilowatt system, and to 54 minutes with a 100-kW feed.

"Hyundai has established itself as a leader in the eco-focused electric, hybrid, plug-in and hydrogen fuel cell sectors with a number of impressive entries," said Derek Joyce, Hyundai's senior manager of product and advanced powertrain PR, in an email to The Drive. "Kona Electric continues to build upon that leadership with an impressive EPA range."

"Pricing will be extremely competitive with direct competitors as with all Hyundai products," Joyce finished.

Its price may be informed by the Kona EV's prime competitors in the form of the renewed Nissan Leaf and Chevrolet Bolt. The former comes in just above $30,000 with 150 miles of range, the latter about $36,000 for 240 miles of range. As hatchbacks, both are at a disadvantage to the Kona's in-vogue crossover body style. For its modest range surplus above the Bolt, the Kona could afford to slide in a couple grand beyond, but any more expensive and it could alienate its mass-market core audience, and fail to poach sales from the Tesla Model 3.

Nissan's second-generation Leaf is a delight of a commuter car. It just needs a little more range.
The Drive
MORE TO READ