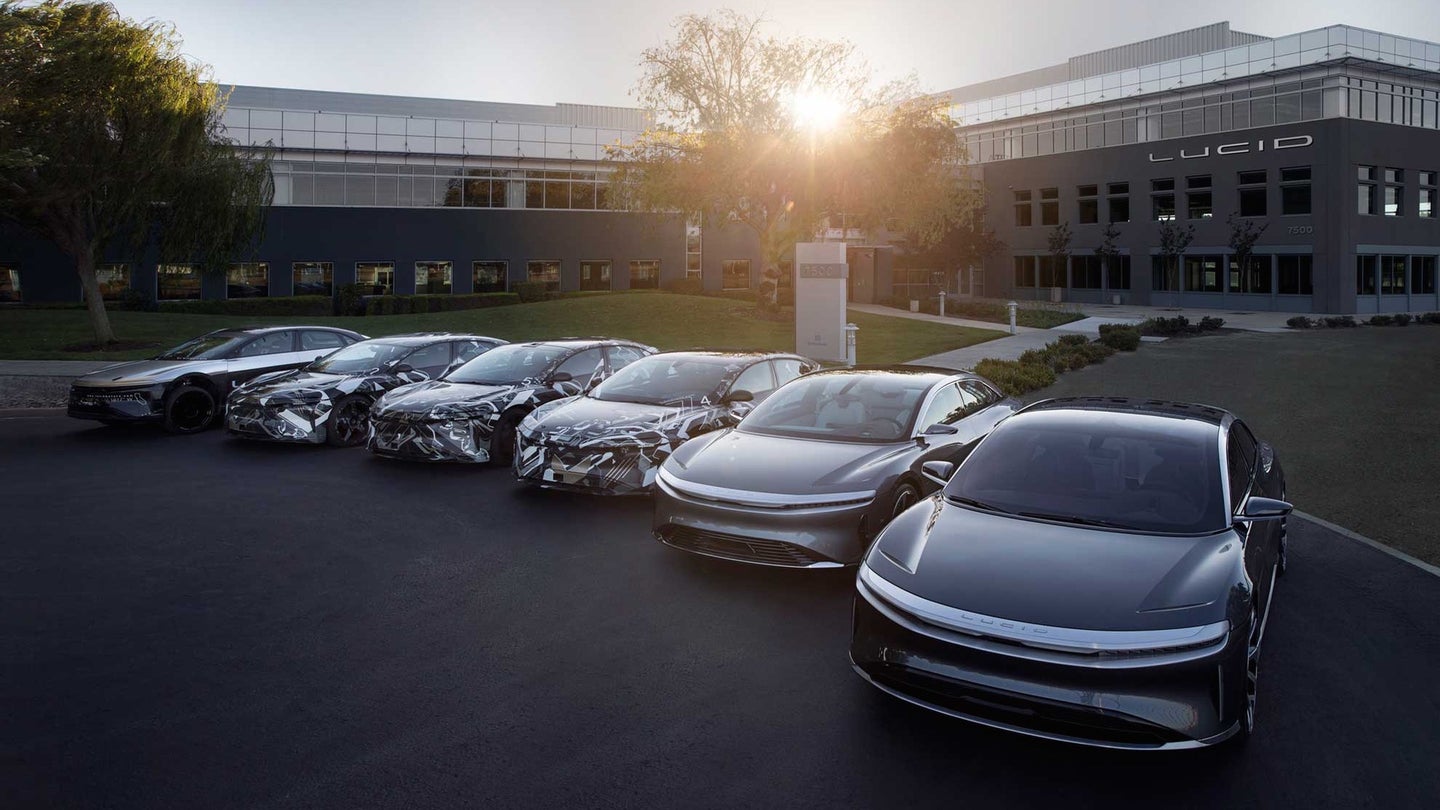 The Saudi Arabian sovereign wealth fund that Elon Musk has said could help fund his bid to take Tesla private could invest in another electric-car company. Reuters reports that the Public Investment Fund (PIF) is in talks with California-based startup Lucid Motors about a possible deal.

Citing anonymous sources familiar with the matter, Reuters reports that PIF and Lucid have drawn up a term sheet, laying the groundwork for PIF to potentially invest $1 billion and attain majority ownership of Lucid. However, PIF's initial investment would be $500 million, with subsequent infusions of cash predicated on Lucid hitting certain production milestones, according to the report.

Sources told Reuters that a deal may not be reached. PIF and Lucid have not discussed any talks publicly. Note that Lucid previously received cash from Chinese entrepreneur Jia Yueting, the main backer of another California electric-car startup, Faraday Future. Jia took over as CEO of Faraday late last year.

Lucid was founded in 2007 as Atieva and initially supplied electric-powertrain components to other vehicle manufacturers. The company was rebranded as Lucid in 2016 and unveiled the Air, a Tesla-fighting electric luxury sedan. Lucid is currently taking refundable deposits and has secured a factory site in Arizona, but it's unclear how close the company is to starting production.

If it does get to production, the Air could be a legitimate Tesla Model S rival. Taking full advantage of the space-saving electric powertrain, the car can be optioned with elaborate reclining rear seats. The top-spec version, which will retail for around $100,000, has all-wheel-drive and a claimed range of 400 miles. A prototype hit 235 miles per hour on an Ohio test track last year. Lucid also plans to offer a $60,000, rear-wheel-drive base model with 240 miles of range.

A major oil producer investing in electric-car companies may seem strange, but Saudi Arabia is looking ahead to a time when its oil reserves may dry up. The country is looking at investment to diversify its finances. PIF has already signed a $45 billion agreement to invest in a technology fund led by Japan's SoftBank, a major investor in ride-hailing companies Uber and Didi Chuxing.